The vision of Neurosciences in Intensive Care International Symposium (NICIS) is to accelerate transformative advances in the care and science of patients with critical illness and neurological injury. Participants are clinicians and scientists who have a common aspiration to translate discoveries in the neurosciences into better patient-centered outcomes. Since 2017, two NICIS events are offered, one in Washington (NICIS.America) and the other in Paris (NICIS.Europe), held respectively in March and June. The 2019 edition of NICIS-Europe is titled Neuro-prognostication in the ICU: from basic neuroscience to medical decision. It will be held on June the 20th-21st 2019 at the Institut Pasteurin Paris.

Prognostication of the neurological outcome of primary brain injured patients is a major challenge for the intensivist, raising both medical and ethical issues.Advances in Neurosciences allow us to better predict the recovery of arousal or consciousness in post-anoxic or traumatic brain injury patients. Despite these advances, prediction models continue to have limited accuracy, possibly contributing to flawed medical decision-making and suffering of families and caregivers. Moreover, medical decision-making may be influenced a range of societal and cognitive biases. Finally, prediction need to integrate therapeutic interventions to gain in discriminative value.

But the challenge and opportunity of neuroprognostication is not limited to post-anoxic or traumatic brain injury patients. It concerns a much broader population of critically ill patients. Indeed, with the aging population, an increasing proportion of patients admitted to the Intensive Care Unit have pre-existing neurodegenerative diseases. In addition, more than a third of patients discharged from ICU will develop a new or worsening impairment of functional and cognitive status. There is an unmet need for higher performing prediction systems to determine long-term post-ICU outcome and propose adapted preventive or curative strategies. Better prediction will need to be driven by translating knowledge gained on the biological mechanisms of brain injury and repair. This translational approach is at the core of NICIS 2019.

NICIS-Europe 2019 speakers include thought leaders in cellular and molecular biology, biomarker discovery and validation, neurophysiology, neuroimaging and brain mapping, and advanced clinical trial design. The conference is designed for an interdisciplinary audience of clinicians and investigators working in neuroscience and critical care medicine. This will be a unique opportunity to have an interactive and lively discussion between multiple content-experts with contrasting perspectives.

We look forward to welcoming you in June for NICIS-EUROPE 2019 ! 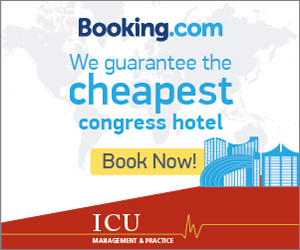 LIVES Forum Septic Shock: From The Bug To Organ Failure