Share
Download PDF
An interventional radiology technique may be effective in treating obesity, according to the preliminary results of a study presented on Tuesday, 1 December, at the annual meeting of the Radiological Society of North America (RSNA). The initial patient in the study represented the first use of left gastric artery embolisation in the Western Hemisphere to treat morbid obesity.

The FDA approved the pilot study — the Gastric Artery Embolisation Trial for Lessening Appetite Nonsurgically (GET LEAN) — for five morbidly obese patients with a body mass index of 40 or higher, who had failed previous attempts at weight loss through diet, exercise and behaviour modification. All the patients were treated on an outpatient basis. The researchers followed a strict protocol, monitoring the patients' quality of life and taking blood samples to ensure the patients' well-being.

Embolisation has been done for decades by interventional radiologists as a way to stop bleeding in emergency situations, but the idea of performing the procedure as a means of treating obesity is new.

"We are showing early results that this procedure is safe and potentially efficacious for the treatment of morbid obesity," says Mubin Syed, MD, of Dayton Interventional Radiology in Dayton, Ohio.

The new approach arose from the 1999 discovery of an appetite-stimulating hormone called ghrelin that is made in the stomach. Rising levels of ghrelin are one reason that people have trouble sticking with a diet. The production of ghrelin can be suppressed by embolising the gastric artery, the main artery that supplies blood to the stomach. Embolisation is performed by injecting microscopic beads into the bloodstream. The beads make their way to the artery, where they block the smaller vessels. This is all accomplished through a minimally invasive non-surgical technique through a small catheter inserted in the wrist or groin.

While previous embolisations used the groin for access, Dr. Syed was the first to introduce the embolic agents through the radial artery in the wrist — a safer, more convenient access site in the obese population.

In the GET LEAN study, three patients lost weight, including one person who shed 50 pounds in nine months. The second and third patients experienced mild weight loss and a fourth patient, who had lost 26 pounds at her three-month follow-up, became the first diabetic to undergo the procedure.

"This is important, because diabetes is strongly associated with obesity," Dr. Syed noted. "We've shown that the procedure was feasible in a diabetic patient."

The trial is still in its early stages and more results are needed before the method comes into clinical use. The researchers are still in the process of selecting a fifth patient for the study.

Gastric bypass, a procedure in which the stomach volume is surgically reduced, remains the standard treatment for morbidly obese patients who have failed other interventions. 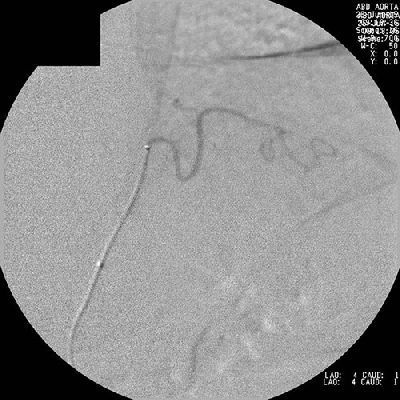 Figure 1. Left gastric artery prior to the procedure. 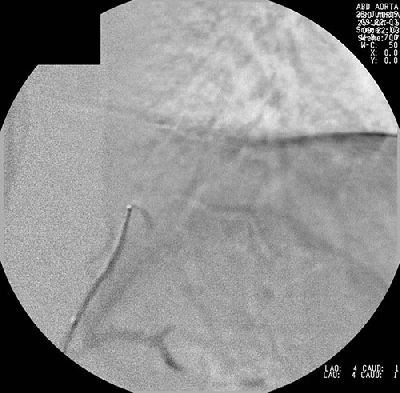 Significant cardiovascular changes occur in divers who hold their breath while descending hundreds of feet below the surface of... Read more

healthmanagement, #RSNA15, RSNA 2015 , diabetes An interventional radiology technique may be effective in treating obesity, according to the preliminary results of a study presented on Tuesday, 1 December, at the annual meeting of the Radiological Society of North America (RSNA).