Share
Download PDF
Modern imaging techniques (CT and MRI) have enabled researchers to investigate hearts more than 400 years old found at an archaeological site, helping them learn about the health conditions of the people buried there. Of the five hearts examined, one heart appeared healthy and showed no signs of disease. Three of the hearts did show signs of disease, as plaque was found on the coronary arteries. The fifth heart had been poorly preserved and, therefore, could not be studied.

The research, to be presented Wednesday, 2 December, at the annual meeting of the Radiological Society of North America (RSNA), is the first to use radiological examination to study archaeological hearts.

Five heart-shaped lead urns were found by archaeologists in grave sites in France that date back to the late 16th or early 17th century. Inside each urn was a preserved human heart. A team of radiologists, including one with a background in forensics, was called in to examine the hearts. Additional researchers, including forensic physicians, archaeologists, pathologic physicians and physicists, were brought in from the Molecular Anthropology and Synthesis Imaging and the Institute of Metabolic and Cardiovascular Diseases.

"Since four of the five hearts were very well preserved, we were able to see signs of present-day heart conditions, such as plaque and atherosclerosis," said study author Fatima-Zohra Mokrane, MD, radiologist at Rangueil Hospital at the University Hospital of Toulouse in France. 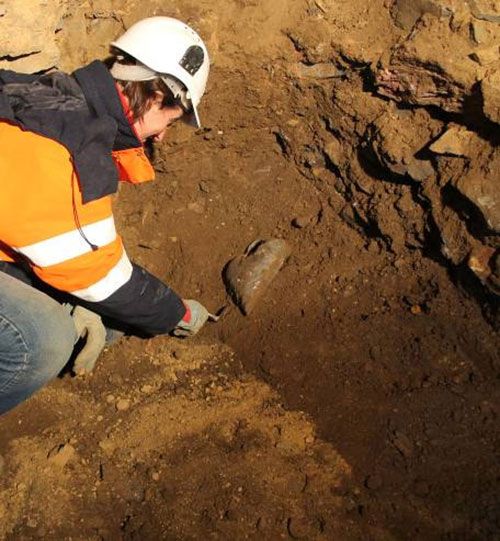 In a first, researchers have used CT imaging and 3D printing in the surgical planning for separation of conjoined twins, according... Read more

healthmanagement, CT, MRI, heart disease, RSNA 2015, #RSNA15, archaeology Modern imaging techniques (CT and MRI) have enabled researchers to investigate hearts more than 400 years old found at an archaeological site, helping them learn about the health conditions of the people buried there. Of the five hearts examined, one hear