Share
Download PDF
Breast density may not be a strong independent factor for increased breast cancer risk, according to a new study to be presented on Thursday 3 December at the annual meeting of the Radiological Society of North America (RSNA).

Natasa Katavic, MD, from the Department of Radiology at Health Center Osijek in Osijek, Croatia and colleagues analysed data from 52,962 mammography exams performed in women ages 50 to 69 over five years at five different mammography facilities. Women in Croatia in this age group are invited for screening every two years.

Cancers in dense breast tissue are more difficult to see on mammograms, and previous research has shown an association between breast density and breast cancer. In several countries, women with dense breasts are advised to get supplementary screening with ultrasound or MRI. The breast density advocacy movement has led increasing numbers of states in the USA to pass legislation making it mandatory to let women know if they have dense breasts.

The Croatian researchers set out to determine if breast cancer patients had more dense breast tissue than healthy women. They also analysed what the percentage of dense breasts was in the postmenopausal population to determine the value of mammography screening for this group.

Two radiologists read the mammograms independently and determined breast density according to standard criteria. The researchers compared data between patients in the low-density breast tissue group and the high-density group. Most screened women had low breast density.

Of the 230 detected breast cancers, almost half were from the group with the lowest ranked breast density (BI-RADS 1-2), while slightly less than 3 percent came from women in the highest breast density category (BI-RADS 3-4). Mammographic density distribution in breast cancer patients47.64% in ACR1 group; 36.32% ACR2; 13.21% ACR3 and 2.83% ACR4. 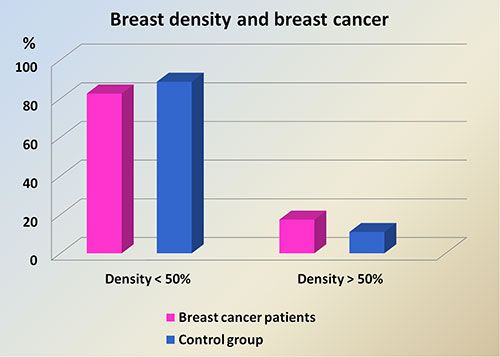 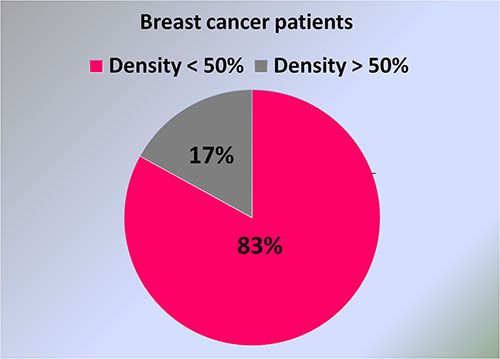 "In our study, we found that there was no significant difference in breast density between breast cancer patients and the control group in the screening programme," said Dr. Katavic.

The study did not find a strong association between higher mammographic densities and a higher risk of breast cancer among postmenopausal women, she added.

"Our study suggests that breast density alone might not be a strong independent risk factor for breast cancer," she said. "In risk assessment, all risk factors should be considered before decisions on additional examinations."

Dr. Katavic will be discussing the poster “Association of breast density with breast cancer risk in screening mammography” on Thursday 3 December, 12.15-12.45pm in the Breast Poster area, Lakeside Learning Center. 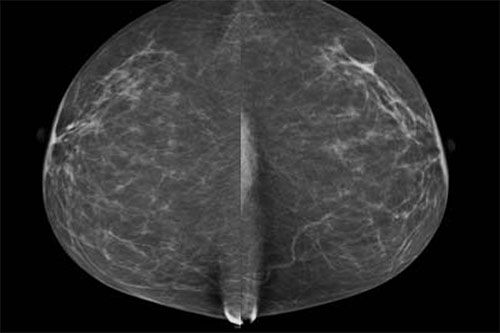 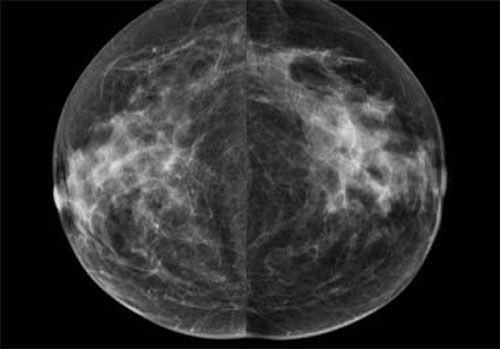 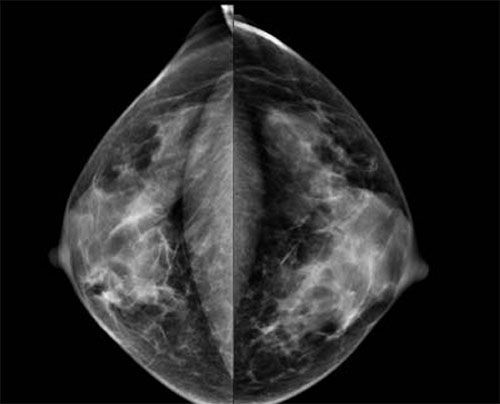 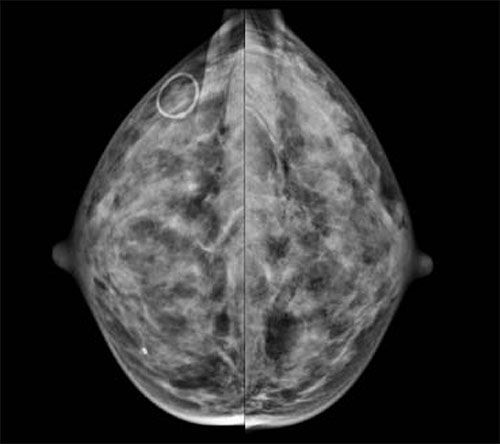 In a first, researchers have used CT imaging and 3D printing in the surgical planning for separation of conjoined twins, according... Read more