A comparison of hospital admissions of patients over 65 and air pollution in the USA has found an association between exposure to pollutants and admission for acute respiratory distress syndrome (ARDS). The study was presented at the annual meeting of the American Thoracic Society.

The researchers analysed data by zip code from nearly 30 million Medicare patients (65 years and over) discharged from hospitals from 2000 up to and including 2012 following a diagnosis of ARDS. Using these zip codes, the researchers computed annual average concentrations of fine particulate matter (PM2.5) and ozone concentrations. The data was used in a statistical model to make associations between air pollution levels and ARDS hospitalisations. The analysis was adjusted for differences in weather, race, socioeconomic status and smoking status. 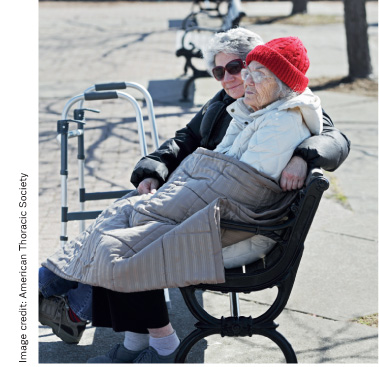 In a media release, lead author Jongeun Rhee, ScD, of the T. H. Chan School of Public Health, Harvard University, commented: “We highlighted the importance of air pollution as an environmental risk factor for ARDS, which has not been studied widely but contributed to a previous finding that was limited to ozone," said Dr. Rhee. She added: "Most importantly, we found increased hospital admission rates even when seniors were exposed to levels below current annual National Ambient Air Quality Standards (NAAQS) for PM2.5 (12 μg/m^3).

Dr. David Christiani, the senior author, said: “These results add to the growing body of literature on various adverse health effects at current standards that demonstrate a need to lower our exposure limits.”

European guidelines on the management of traumatic induced bleeding

ARDS, air pollution, American Thoracic Society Annual Meeting 2018 A comparison of hospital admissions of patients over 65 and air pollution in the USA has found an association between exposure to pollutants and admission for acute respiratory distress syndrome (ARDS). The study was presented at the annual meeting of the