Susan East, a patient speaker at the ATS 2017 International Conference in Washington D.C. and a three times ARDS survivor shares her experience about her stay in the ICU.

I am Susan East, a three times ARDS survivor.

July 3, 2008, I had ARDS! I went to my primary physician on June 30, 2008 with symptoms of a sinus infection. He diagnosed me with walking pneumonia and I received a shot and a prescription for an antibiotic. Then on July 3, 2008 my daughter found me at my home, disoriented and blue. She rushed me to the emergency room. My oxygen level was 42%. I was sent immediately to the intensive care unit. I felt as though I was drowning. I was placed on BiPAP machine so that I could breathe. I never had breathing issues before, so it was extremely scary for me.

This continued for about eighteen hours. When that did not work, I was put into a medical coma and placed on a ventilator. I was like this for seven days. During this sedation period, my husband’s father was diagnosed with cancer. He and my daughter were talking about it in my room. When I was taken off the vent, I asked them what type of cancer he had. They could not believe that I had heard their conversation.

In the ICU, I would only be allowed to see my family for 15 minutes, four times a day. This was very stressful for me. Once they removed my feeding tube, I was brought meal trays. I was so weak that I could not get my hand from the food to my mouth. I was scolded which made me feel that my life would never be the same.

I was very depressed and lonely. They would wake me in the middle of the night to give me a bath. I made a mental note that this needed to be changed. One night my condition worsened. I had to be placed on a ventilator again. The doctors told my family that I might need to be placed on ECMO. My family decided to move me to LSU Medical Center which was a level one trauma center.

At LSU Medical Center, I was on the ventilator but not sedated. I felt more in control of my illness. I knew I was very sick but not being so sedated helped. This allowed me more control over my decisions. They allowed my family to visit more often. That helped me a lot. The depression got better.

I was vented a total of twenty-eight days during this illness. But at this hospital, my hair stylist could come and wash and dry my hair. My massage therapist came and massaged my arms and legs. They would bring me magazines to read, and when I was strong enough, one even brought me her laptop to surf the web. I was treated as a human being not just a patient. That made a big difference in my recovery. I was kept on a day to night schedule. This meant that everything that I needed happened during the day and I slept at night. That was a blessing. No more getting woken up at night for different things that could wait until the daytime. After forty-two days of ICU, twenty-eight days of being on a ventilator I was going to be released. To me, this was a miracle. I believed that I never would get ARDS again.

In July of 2014, I had to have another surgery. I developed ARDS again. This time I was only in the ICU for nine days and did not have to be mechanically vented. But it took a lot more out of my body. I was on BiPAP a lot longer. I truly felt that if I went on the ventilator, I would likely not be able to be weaned off it. I now only have 55% lung capacity, and I have pulmonary fibrosis. I fought so hard, and it was tough. But I made it! I felt that my body had suffered all the ARDS that it could take. I am a huge advocate for ARDS. I am so thankful for the scientists who are working so diligently to try and make a difference.

I connected with the ARDS Foundation. I was asked to be a patient speaker at the American Thoracic Society International Conference in May of 2017. The ATS wanted me to speak on “How to Humanize the ICU.” I was very honoured. I felt that after surviving ARDS twice, my knowledge might help improve the communication between the patient and doctors.

What I learned from these two hospitalisations is that a patient does not need to be woken up in the middle of the night to have a bath. It is important to be careful of conversations when you are in the room with a patient in a medicated coma. They may hear you! Flexibility in the visiting hours is very important for the patient and their family. You must consider allowing the family more time. It reduced my anxiety. 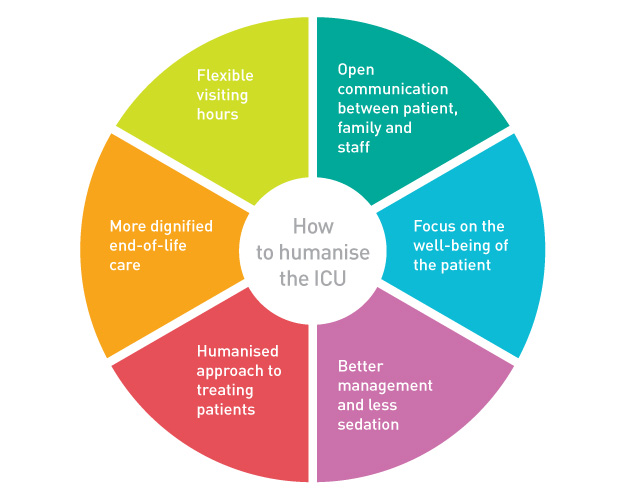 I realised that there needed to be better communication between the patient, family, and staff. I thought that if there had been a board in my room when the doctor came in, they could have left the family a note that they had been there. There needs to be a window in your ICU room so that you can realise there is a world waiting for you to be released. I was even allowed to visit with my dog once I could be wheeled outside. This was the 2008 incident. It was wonderful therapy.

Nineteen days after I spoke in Washington DC, I was on my way to Dauphin Island, AL to relax at the beach with my daughter and son-in-law. I drove six hours by myself. Once I arrived, I unpacked, and they wanted to take me out to dinner. We were gone around two hours. I was feeling normal. I had a headache, but I get them frequently. My neck was stiff, and I contributed it to driving.

When we got back to the beach house, I went to my room to unpack. My kids were out at the beach. When they came back, they found me face down and unresponsive. They are both nurse anaesthetists. They called 911 and when the paramedics arrived my blood pressure was 52/24, and my oxygen level was 48%. They called for an air medical helicopter to transport me to Mobile, AL.

I was taken to Providence Medical and placed in the ICU. I spent three weeks there; only four days were not in ICU. I was in a coma for seven days. I was ventilated again. My family was so scared for me to be on the ventilator, but the doctors told them that it was more important for me to come out of the coma. Here I was, once again in the ICU with meningitis and ARDS. Once I woke up, I realised how sick I was. I was determined to fight to recover.

After this incidence, my lung capacity was reduced to 38%. But all I could think of is how do I turn this around and make this a learning experience? I was now determined to get on par with the American Thoracic Society. And today, I am with the ARDS Foundation. I speak about my experience and how you cannot give up. I am on private message boards and help others who are suffering by giving them the knowledge that I continue to learn about ARDS. I feel that I have lived through this nightmare to help others understand that you can have a normal life after ARDS.


Management of obese patients with ARDS »»

Use of opioids in the ICU not linked to continued prescriptions

According to a new study, opioids prescribed in the intensive care unit (ICU) do not drive risks for continued use or prescriptions.... Read more

The intensive care unit environment can be extremely stressful, even if they provide some of the best care in the world. It is... Read more

Preventing malnutrition and enforcing nutritional guidelines   An overview of the key obstacles for the enforcement of... Read more

The Intensive Care Unit - Past, Present and Future

A quick look at why ICUs need to innovate and what lies ahead for the new ICU.  Read more

ICU, intensive care unit, ARDS, humanizing the ICU, humanising the ICU, Awards for Compassionate Care Susan East, a patient speaker at the ATS 2017 International Conference in Washington D.C. and a three times ARDS survivor shares her experience about her