Since the invention of echocardiography in 1950, echo practitioners are consistently contributing to this non-invasive, easy and commonly used technology, for cardiac anatomy visualization and physical activity observation. Due to valuable clinical benefits, echocardiography is highly used and recommended by echocardiologists. From 50 years ago to now, technologies for echo have been progressing from M-mode, to B-mode, and now to Color Doppler, TDI etc. Other quantification technologies for cardiac movement analysis are now transforming echo into a research field with deep interest and potential.
Although Tissue Doppler Imaging can utilize Doppler signals to detect tissue movement in echo direction, and can be effectively used for cardiac movement. However, due to angle dependent effect by Doppler principle, TDI is unable to generate accurate velocity analysis, and restricting the  application of TDI to be utilized effectively. However, 2D speckle tracking being angle independent,  can effectively track acoustic speckle which is formed by ultrasound echo, and calculates velocity generated from the myocardium movement in any direction during any cardiac cycle in any imaging plane.

When ultrasound propagates through tissue, especially myocardium, there is specific speckle generated on each individual region of myocardium. By recognizing speckle, Tissue Tracking can easily track the speckle movement during different periods in cardiac cycle, and form trace of each speckle which can be readily interpreted by echo practitioners. 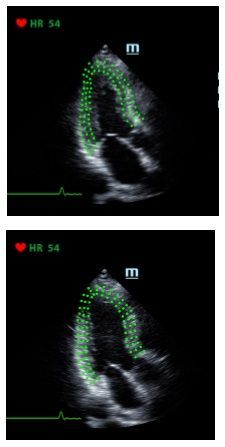 Tissue Tracking, is an advanced technology, and can be applied on any cardiac tissue, such as myocardium, pericardium and endocardium, in order to obtain extensive accurate data for diagnosis. During the tracking, multiple parameters can be acquired for analysis. For example, displacement, strain, strain rate, in not only longitudinal but also in radius. The useful information can be applied to analyze the physiology status of the cardiac conditions. For instance: after Myocardial infarction, positive movement of partial myocardium with interruption of blood supply is reduced sharply compared with normal part. Tissue Tracking will continue to be applied further for more LV function assessment. 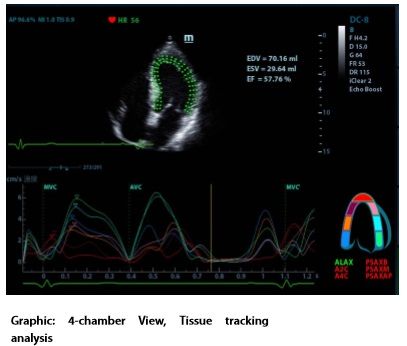 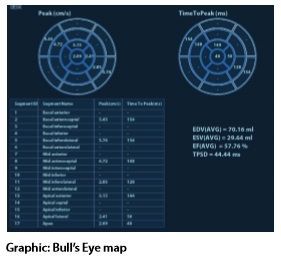 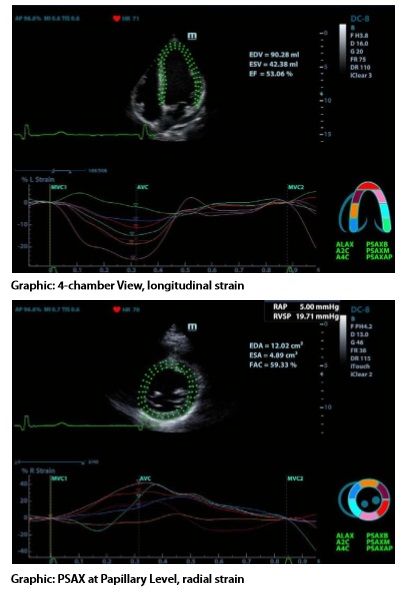 Conclusion: Before patient was performed with ultrasound scan, he had physical examination, also CT, studies performed, the diagnostic result is normal for his heart, physically and anatomically. After ultrasound scan, no finding  any abnormal movement or structure visually, and same result also was confirmed when Tissue Tracking was applied on.
Movement of parts with interruption of blood supply decrease at radius direction. Strain and strain rate can better explain the result 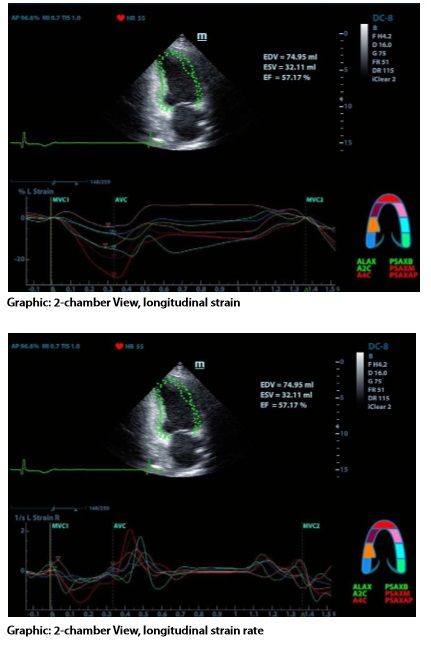 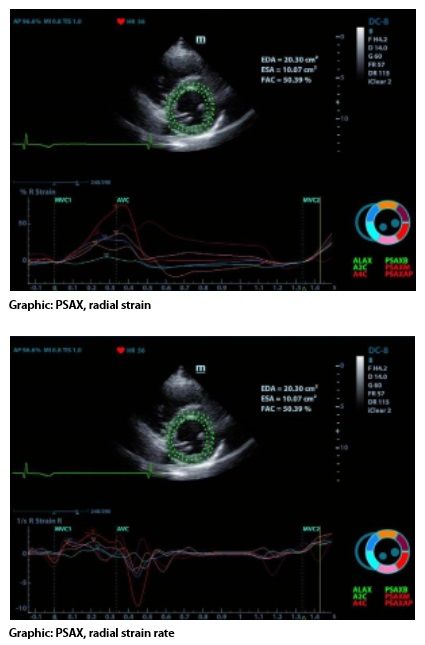 Conclusion: After Tissue Tracking was performed on patient, the analysis result shows well that patient’s myocardial segments don’t synchronize well with each other. Tissue tracking analysis result accord with CT diagnostic result well.

«« Surge in CT for Minor Injuries in California

Introduction  In recent years there has been great interest in measuring the stiffness of tissue in vivo. Indeed, over the... Read more

Relationship between the stiffness of tumor and it’s malignance has far been known since the ancient Greek [1] . It’s until recent... Read more

Echocardiography, Quantitative analysis Since the invention of echocardiography in 1950, echo practitioners are consistently contributing to this non-invasive, easy and commonly used technology, for cardiac anatomy visualization and physical activity observation. Due to valuable clinical benefi

Andra Tutto Bene = Everything will be all right!

Hello my dear readers,   Before I hit the road to Bonnie Scotland, where Read more

We proudly announce that this year the EuSoMII Annual Meeting will again... Read more