After 5pm your doc may not screen you for cancer 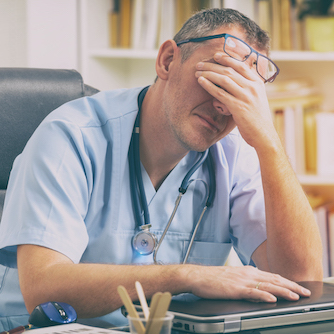 Over 40 million mammography exams are conducted in the United States every year, with the volume of images growing exponentially.... Read more

Approximately 50% of women in the United States between the ages of 40 to 74 years old have dense breasts (an estimated 27.6... Read more

The new University of Arkansas for Medical Sciences (UAMS) radiology residents recently found themselves locked in a room,... Read more

(2020-09-29 14:09)
I just got my ex husband back through the help of Dr Nkosi love spells Experts. My husband left me for another woman, This was just 3 years of our marriage. The most painful thing is that I was pregnant with our second baby. I wanted him back. I did everything within my reach to bring him back but all was in vain, I wanted him back so badly because of the love I had for him, I begged him with everything, I made promises but he refused. I explained my problem to my friend and she suggested that I should rather contact a spell caster that could help me cast a spell to bring him back , I had no choice than to try it. I messaged the spell caster called dr nkosi, and he assured me there was no problem and that everything will be okay before 11 hours. He cast the spell and surprisingly 11 hours later my husband called me. I was so surprised, I answered the call and all he said was that he was so sorry for everything that had happened He wanted me to return to him. He also said he loved me so much. I was so happy and went to him that was how we started living together happily again.thanks to dr nkosi. if you are here and your Lover is turning you down, or your husband moved to another woman, do not cry anymore, contact Dr.Nkosi for help now..Here his contact, WhatsApp him: +27820502562 {or} Email him at: [email protected] ,his website: www.fastsolutiontemple.com
Please login to leave a comment...