Share
Download PDF
On Day 2 of the Euroanaesthesia Congress 2019 (#EA19), there was a session on Resuscitation in septic shock: is less better? Three key speakers Gernot Marx (Aachen, Germany), Claude Martin (Marseille, France) and Jean-Louis Vincent (Brussels, Belgium), spoke about less fluid, less vasopressors and less inotropes in septic shock. The central message of this session was simple: less is more in sepsis.
The session was opened by Prof. Marx, who highlighted the fact that sepsis was still our enemy and very common in the ICU. Findings from a trial conducted with 12,000 patients showed an incidence rate of 11%. This is real-world evidence, and many studies have shown sepsis mortality of nearly 40% in the ICU.
Prof. Marx explained that the aim has to be resuscitation to normal volumia. This, he pointed out, is the ultimate goal, but achieving it can be difficult. In order to determine how much fluid is needed, it is important to first diagnose whether there is a fluid deficit or not. Only then can we determine how much fluids will be needed. He also talked about fluid restriction and how it has been shown to be beneficial. Findings from a meta-analysis showed that both survivors and non-survivors required high levels of fluid initially, but in the survivor group, there was a negative fluid balance after three days. Hence, it is important to resuscitate patients with fluids in the first critical phase, but it is important to turn it around and get a negative fluid balance as soon as it is possible to do so. If this doesn’t happen, it might be because we haven’t done a proper job in the beginning. In other words, the first 24 hours are critical, and we must treat the patient correctly. Only then will it be possible to achieve a negative balance after three days. This should be the goal. If not, patients may have worse outcomes, says Prof. Marx.
Prof. Marx also highlighted four key factors that must be considered when determining fluid levels. These include the type of fluid you want to use, the rate, the critical endpoint, and safety consideration. The goal should always be to choose the right fluid, in the right resuscitation, in the right amount, he concluded. 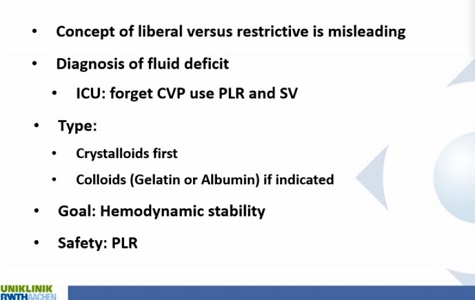 This talk was followed by Prof. Martin, who spoke on using less vasopressors. He once again reiterated the message that for the effective treatment of sepsis, less is always more: less antibiotics, less fluids, and less vasopressors. He suggested using less catecholamines but more of other vasopressors.
Prof. Martin then discussed the use of norepinephrine, which is also recommended by the Surviving Sepsis Campaign. However, he said that is important to remember that while norepinephrine is an excellent vasopressor, it is also a positive inotrope. It acts on both alpha and beta receptors, a point which should not be forgotten.
A study was conducted with 300 patients to determine the different doses of norepinephrine. Results showed that it was associated with high mortality when used at the highest dose and for the longest period of time.  Thus, it is better to use norepinephrine for as short a time period as possible and to avoid higher doses. Instead of using high-dose norepinephrine, it might be better to add another vasopressor, recommended Prof. Martin.
He also discussed the high mortality rate associated with sepsis (nearly 50%) and clinicians have to be careful with what they do with the drugs that are used to treat patients. It is always a good idea to go for less when it comes to norepinephrine. Vasopressors plus catecholamine is associated with less renal replacement and lower mortality. There is also the possibility of using angiotensin, corticosteroid, or methilene blue (although Prof. Vincent at a later point in this session advised against using methilene blue as it did not produce effective results in their unit). Overall, Prof. Martin concluded that high doses of norepinephrine should be avoided, and instead of using high doses, it might be a good idea to add on another vasopressor. 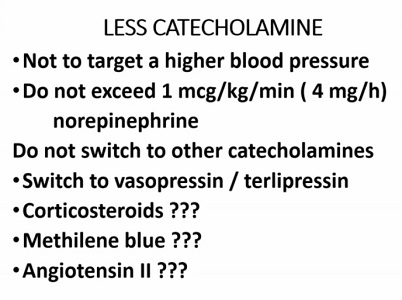 The last part of this session was on using less inotropes by Prof. Vincent. He highlighted the fact that beta-adrenergic agents had good aspects and bad aspects. He discussed the use of dobutamine in patients with septic shock - when to use it? how long to use it? how to monitor? Overall, Prof. Vincent's primary message was that of individualising treatment. He said that beta-blocking agents have been proposed as treatment for septic shock, but it is still always a good idea to use them carefully with resuscitation goals. He proposed that therapy should be individualised. As far as beta blockers are concerned, some studies show that patients had better outcomes, but it might be because they were less sick than others. It is thus important to consider the pharmacologic outcomes of beta-blockers. While there are potential benefits with beta-blockers, there are risks as well.
Prof. Vincent also highlighted the MIA rule in critical care monitoring: Measure, Interpret, and Apply. He proposed that clinicians should look at all parameters and then take the decision to use or not to use beta-blocking agents. 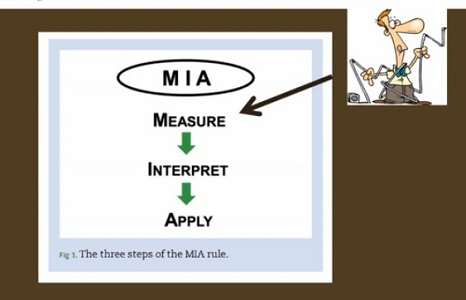 Overall, the message of this session at #EA19 was to practice the less is more motto when treating patients with septic shock. Treatment decisions should be made on an individual basis, and patients should be closely monitored so that doses could be increased or decreased accordingly.
Source: Individual presentations from Prof. Marx, Prof. Martin and Prof. Vincent at Euroanaesthesia 2019
Image Credit: Prof. Marx, Prof. Martin and Prof. Vincent, Euroanaesthesia 2019

«« #EA19: Acute pain in the ICU: management beyond the usual therapeutic strategies

#EA19: Acute pain in the ICU: management beyond the usual therapeutic strategies

#EA19: Highlights from the pro-con debate on guidelines

At this year’s Euroanaesthesia Congress #EA19, there was a short debate on the topic of guidelines. Talking about the pros... Read more

Sepsis is a major cause of death among hospitalised patients. It affects nearly 6% of all admissions and results in in-hospital... Read more