Share
Download Article Back
An overview of antibiotic resistance, causative factors, reasons for the lack of research and drug development in this area and potential solutions.

According to the World Health Organization (WHO), antibiotic resistance is one of the biggest threats to global health (WHO 2020). Antibiotic resistance is increasing to dangerously high levels across the globe and is threatening the ability of clinicians to treat common infectious diseases. As this resistance continues to grow, the ability to treat infections such as pneumonia, tuberculosis, food-borne diseases and others is becoming more difficult. Antibiotics are essential drugs for many common medical problems - from organ transplants to food poisoning. Resistant bacteria kill nearly 700,000 people every year. If the problem of antibiotic resistance continues to remain unchecked, the global death toll from this could increase to 10 million a year by 2050 (Jinks 2017).

Why Does Antibiotic Resistance Occur?

The biggest culprit of fuelling antibiotic resistance is the misuse and overuse of existing antibiotic drugs. According to Public Health England, nearly a fifth of antibiotic prescriptions are unnecessary (Jinks 2017). Moreover, antibiotics are often incorrectly prescribed, which promotes resistant bacteria. According to studies, the choice of antibiotic drug and/or the duration of antibiotic therapy is incorrect in nearly 30 to 50% of cases (CDC 2013; Luyt et al. 2014). In intensive care units, in particular, 30 to 60% of antibiotics prescribed are deemed unnecessary, inappropriate or suboptimal (Luyt et al. 2014). The use of antibiotics is also common in agriculture. 80% of antibiotics sold in the U.S. are used in animals to prevent infection. These antibiotics, once consumed by livestock, are then ingested by humans. This transfer from farm animals to humans through food supply is also a contributor to the development of resistant bacteria (Bartlett et al. 2013).

Epidemiological studies demonstrate a relationship between antibiotic consumption and antibiotic resistance. However, despite repeated warnings, antibiotics continue to be overused and overprescribed worldwide (Ventola 2015). Poor infection prevention and control is another key driver of antibiotic resistance. In addition, there are many low-income countries where antibiotics are unregulated, and people can get them over the counter without a prescription. This makes antibiotics easily accessible and also promotes overuse which, in turn, contributes to the development of resistant bacteria (Ventola 2015). 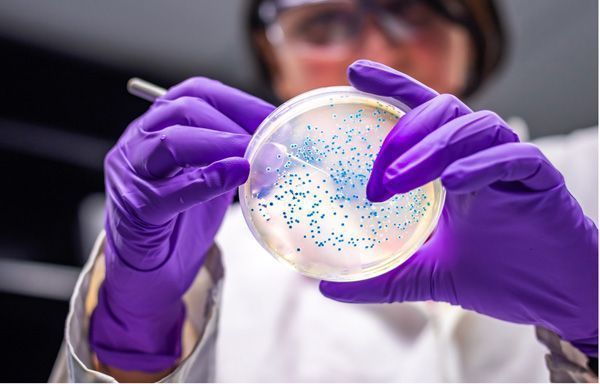 Why the Lag in Antibiotic Drug Development?

The last original class of antibiotic was discovered in the 1980s, but since then, no new or advanced antimicrobial agents have been introduced by pharmaceutical companies (Plackett 2020). According to a report by the WHO, big pharma has walked away from investment in new antibiotics with the clinical pipeline insufficient to tackle the problem of antibiotic resistance. The report highlights that only small and medium-sized enterprises are making some effort, but most large pharmaceutical companies have exited from this area. Only eight new antibacterial agents have been approved since 2017, and most of them have demonstrated limited clinical benefits (WHO 2019).

One of the biggest reasons the pharma industry is not interested in antibiotic drug development is that it is an extremely costly venture. According to estimates, the cost of developing an antibiotic is around $1.5 billion (Towse et al. 2017), but the revenue generated from antibiotic sales is around $46 million per year. For pharma companies, this minute return does not justify the amount of time, money and effort required to develop new antibiotics. Investing in more lucrative areas such as cancer treatments may be more feasible for the industry. Similarly, investing in drugs that target chronic diseases (such as cardiovascular disease, musculoskeletal conditions etc.) is more profitable for pharmaceutical companies because these are typically prescribed for the long-term, whereas a typical course of antibiotic therapy lasts from 7-14 days (Plackett 2020).

As far as the antibiotic drug development process is concerned, the costliest phase for pharmaceutical companies is the preclinical stage. At this stage, there is no guarantee that the molecule will demonstrate the desired efficacy and safety. Nearly 45% of costs are associated with the preclinical phase, and if the drug being developed does not pan out, it is a loss for the industry. This may be one reason why the industry is not enthusiastic about antibiotic development. If the development costs could be reduced, the motivation for more research and development in this area is likely to increase. Some researchers recommend the use of more sophisticated approaches in the early stage of drug development, which would also involve the use of big data analysis and artificial intelligence (AI) to predict which molecules are likely to have the desired antibiotic properties to make it through the final stages of efficacy, safety and approval (Stokes et al. 2020).

Resistant bacteria kill nearly 700,000 people every year, and if the problem of antibiotic resistance continues to remain unchecked, the global death toll from this could increase to 10 million a year by 2050

Also, keeping in mind the urgency of this issue, governments and regulatory bodies may have to become involved to promote investment of time, effort and money for antibiotic drug development. Some healthcare providers and drug companies have switched to a subscription-based model where companies receive an up-front payment during the early stages of development as an incentive to start the research process. This is being tried in the U.K., where the government will award contracts to companies who will receive money in installments during the early stages of R&D. This strategy could be effective as it would help break down the restrictive barriers that companies have with respect to the investment they need during the preclinical stage (Plackett 2020).

At this stage, the progression rate of research and development of antibiotics remains bleak. At the rate the industry is going, the WHO estimates that only around 11 new antibiotic approvals could take place over the next four to five years (WHO 2019). However, most of these drugs are modifications of existing classes of antibiotics and may not be that effective against the more critical and the more resistant bacteria. The high cost at the early stage of research, the funding required for conducting Phase 2 and Phase 3 clinical trials, and the minimal revenues continue to be discouraging factors for the pharmaceutical industry. Governments and other stakeholders will have to step up to address the problem of antibiotic resistance. They need to understand the
importance and value of antibiotic drugs in healthcare and the urgent need to push the antibiotic drug pipeline in the right direction.

«« The Omicron Variant of South Africa

Centers for Disease Control and Prevention (2021) Antibiotic prescribing and use. Available from https://www.cdc.gov/antibiotic-use/index.html

Towse A, Hoyle CK, Goodall J et al. (2017) Time for a change in how new antibiotics are reimbursed: Development of an insurance framework for funding new antibiotics based on a policy of risk mitigation. Health Policy, 121(10):1025-1030.

An overview of antibiotic resistance, causative factors, reasons for the lack of research and drug development in this area... Read more

An overview of the types of errors in clinical laboratories and how the integration of eHealth approaches in routine practice... Read more

The COVID-19 pandemic revealed that the EU has no clear health data architecture regarding health data, its availability... Read more