Obstacles to establishing competence in radiology 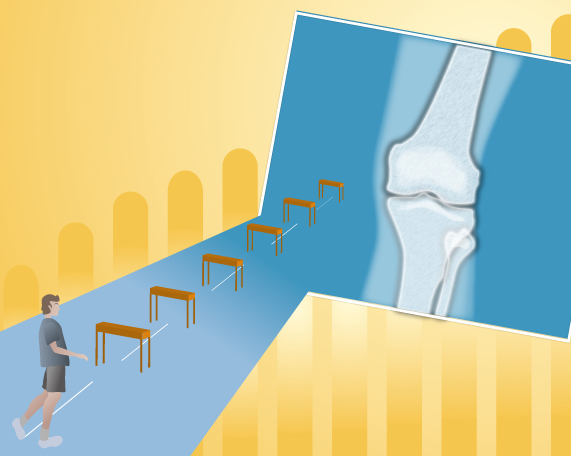 Since the publication of McClelland's 1973 work (McClelland 1973), it is assumed that knowledge does not always imply better performance in the profession, and that competence is a complex concept, in which many factors are involved (Mendiratta-Lala et al. 2011). For the definition and evaluation of the competence of a radiologist, the Spanish Society of Medical Radiology (Sociedad Española de Radiología Médica - SERAM) used a functional analysis, so that the radiologist’s performance can be measured. It has been proposed that monitoring systems based on validated measures and that focus on clinical delivery are ideal (Leape et al. 2006).
These concepts led us to develop a functional model, and SERAM began designing the vascular radiologist and interventionist competency manual, not only because it fitted the model optimally, but also because it was a request from the radiologists themselves.
You might also like: Does radiology have a bright future?
The initial work was successful and a manual was developed that served as a reference for other subspecialties of radiology competencies (Valdés Solís et al. 2010).
However, subsequent development was faced with different obstacles, so the project was slowed down and even paralysed for more than two years. Currently, it is being revised to try, under different conditions, to implement it.

Do we need this?

This project arose as a request from a group of radiologists (interventionists), due to the threat posed by the activity of a certain group of vascular surgeons. SERAM´s defined competency model would suppose that there would be a national reference to establish quality barriers and defend the profession of the radiologist.
The rest of the subspecialties and sections of Spanish radiology received this project with different interest, but in some cases workgroups were created to establish the competencies of the specific section. However, this request was not based on any threat and not all radiologists interpreted the project in the same way.
In this way, although three working groups were set up (paediatric radiology, emergency radiology and cardiac radiology), none of them completed their project. In one of them (cardiac imaging) it was even experienced as a threat by the working group.
This led to a slowing down of the work until, after several months of inactivity, it ended without results.

Why we didn’t succeed

It is difficult to analyse and understand the causes why a project is not a success, but it is essential to do this analysis in order to redirect and finalise it.
We believe that there are several influential factors:
Complexity of the model. In our environment, the most common models of competency assessment are simple, and are based fundamentally on the evaluation of knowledge, experience (valued primarily by seniority) and attendance at courses and congresses. Our model fundamentally evaluates the results, something that is relatively easy to measure in interventional radiology, but more complex in other sections of radiology.
Lack of culture. The Spanish health model is based largely on public assistance, with a "civil servant" concept. Professionals develop, attend courses and conferences and improve throughout their career, but without a clear development model yet, and none based on national competencies. There is no culture that professional development is aimed at acquisition and, above all, the maintenance of certain skills.
Difficulty leading the project. The professionals most involved in this project within SERAM also work in other lines of the Society, so that it was increasingly difficult to find time and energy to develop a project of this scope. There are few radiologists with enough experience and knowledge in this field. This led to the project being very dependent on certain people.
When the enemy is inside. Some radiologists not only did not support the project, but, considering that the model was not adequate, they raised an important resistance to its implementation. Others saw it as a threat, since they considered that a competency evaluation model supposes unnecessary external control. Some professionals even consider that they do not need any type of control or evaluation. Finally, establishing a well-developed competency system can make it difficult to manage a radiology service when distributing posts and assigning functions.
Lack of motivation. Many theories that seek to understand what motivates a professional have been described (Martín Martín 2005). Nowadays, we usually talk about three pure types of motivations: extrinsic, intrinsic and transcendent motivation. The extrinsic is based on external rewards, the intrinsic in the satisfaction for the professional of a job well done. Transcendent motivation, being more complex, encompasses a set of concepts linked to values (appreciation of work well done, prestige, altruism etc). Motivating a professional in a public system, in which salaries vary little and professional development is slow and not without problems, is a difficult task. If one more variable is added: the certification of competencies, without the professionals seeing a motivation (especially an extrinsic motivation) means that adherence to this project is limited. And so it was in our case.

The Spanish Medical Colleges Organisation has begun a Periodic Validation of Certification campaign. Although it is not mandatory, it is an incentive for doctors to certify a series of requirements in education and in the fulfilment of the profession. In this context, SERAM is responsible for defining the educational and technical requirements (results) of radiologists. This supposes a second opportunity to adapt the model of competencies and join forces with other scientific societies to get a culture of competence certification created. But to achieve this, it is necessary to redesign the model:
With all this, SERAM is already working on this second phase, so it is expected that in less than a year it will be available.

Establishing a competency model for the radiologist is complex, especially in a health system that depends on different regional governments. The experience of SERAM, in the context of the Spanish health system, is that strategies must be carefully designed so that the effort involved in the design of a competency system is not paralysed by different factors. We must adapt the model, simplify it as much as possible and look for synergies and collaborations so that the professional is motivated to follow it. Strong leadership and good communication are two essential elements to ensure success.

The effects of COVID-19 have been manifold but one of the areas which has seen destabilising implications is the training... Read more

COVID-19 in Private Practice: How to Cope With It?

A radiologist in France’s private healthcare sector describes the experience of his clinic and comments on limitations... Read more

U.S. Radiology Responds to the Pandemic and Looks Ahead

U.S. radiologists have been significantly negatively impacted by the pandemic but valuable lessons have been learned.... Read more

Digitisation 4.0: the transmission of patient data

New methods of patient empowerment and communication with doctor. In the Mühldorf clinic, patients have been equipped... Read more

A moving target: the future of cardiology

In this issue of HealthManagement, we shine the spotlight on two leading figures in the field of cardiology—Prof. Dr. Hüseyin... Read more

What is the future of breast cancer screening?

Αdvances in technology and the advent of precision medicine point to a move away from ‘one size fits all’ breast cancer... Read more