How the economic giant is advancing healthcare across the globe 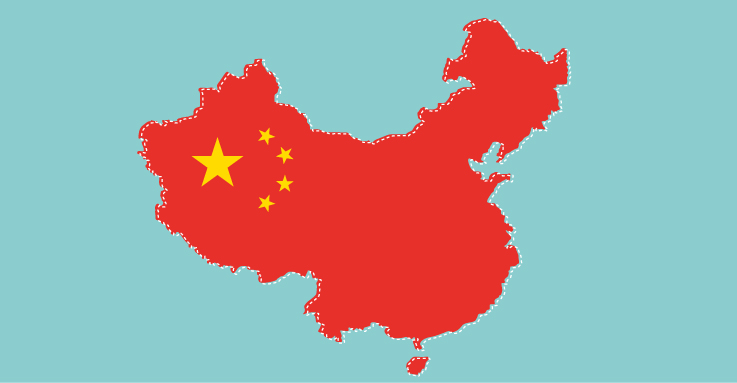 Earlier this year at the World Economic Forum, President Xi Jinping delivered a hearty defence of globalisation. To people following world affairs for the last few decades this should not have come as a surprise. It is well known that China is the world’s second-largest economy and a global force in manufacturing and trade. What is less well known is that China has taken on increasingly critical roles in global health and development, which it views as necessary to sustain and accelerate global economic growth.

In June this year, as leaders converged on Dalian, Northeast China’s Liaoning province, for the World Economic Forum’s Annual Meeting of the New Champions, it became clear that globalism needs another kind of Chinese champion – its private sector innovators.

China is in the midst of a technology revolution. Home to more electric cars than anywhere in the world, its enterprises are driven by the energy of its enormous market and a fierce competition to innovate products. China started the shared-bike revolution that is transforming urban transportation in cities. WeChat Wallet has been a boon for the e-pay market, linking services in every imaginable sector. This is good news for not only the Chinese economy, but also global health. Innovation that responds to specific consumer/patient needs is precisely what is needed to help save millions of lives.

China’s contribution to global health and development is focused on the health sector. For decades Chinese physicians and medical specialists have been working in developing countries, most recently in the World Health Organization-certified Emergency Medical Teams formed to respond to health emergencies. It has helped finance and build large-scale infrastructure projects – roads, hospitals and healthcare centres – and it is sharing its experiences with other countries in building a strong health surveillance and monitoring system.

Recently, China’s private sector has ramped up its participation. Four years ago, China entered the global vaccine market with a Japanese encephalitis vaccine, the country’s first to be pre-qualified by the WHO . Other Chinese vaccines are in the pipeline to be pre-qualified by WHO , including an inactivated polio vaccine — essential in the endgame strategy to eradicate polio and for which there is a global shortage.

In January, President Xi met with the WHO director general in Geneva to sign an agreement to radically improve access to healthcare beyond China through the Belt and Road Initiative. 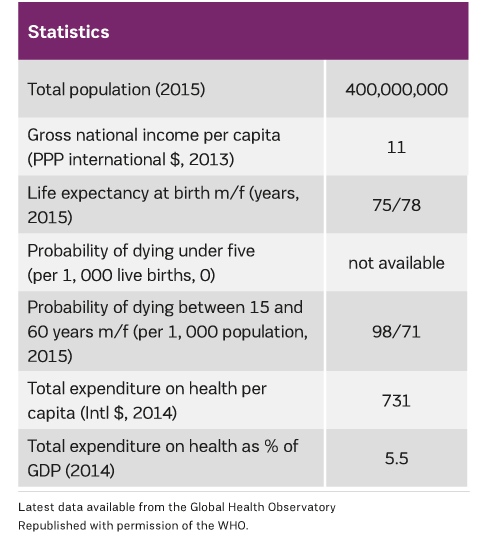 One of the biggest challenges is how to improve the deliver y of healthcare inter ventions, such as vaccines, by connecting high-impact innovations with the countries that need them the most. Organisations like WHO , UNI CEF and Gavi, the Vaccine Alliance, have already made huge progress in improving access to health services and reached a stage where 81% of infants in developing countries are receiving routine immunisation. This has helped halve childhood mortality. Yet 1.5 million children below five years of age still die of highly preventable diseases every year, because 19 million children lack access to vaccines.

Addressing this inequity means finding novel ways to bring vaccines to hard-to-reach children and filling the gaps within health systems, supply, data and infrastructure. To do this, we need innovative solutions, such as drones. The majority of civilian drones in the world are developed and produced in China, making China the leader in this technology. While primarily aimed at the consumer market, there is huge scope for this technology to be used for more humanitarian purposes.

In Rwanda, for example, a nationwide autonomous drone-based delivery system was launched last year, which delivers emergency supplies of blood from a central distribution centre in the capital, Kigali, to rural districts. Now, a mother haemorrhaging during childbirth can have the life-saving blood within 20 minutes, instead of waiting hours for a motorcycle delivery. Developed as part of a partnership between U.S. drone company Zipline, the Rwandan government, UPS and Gavi, the plan is to eventually extend this to deliver vaccines, too.

Drones are just one example. Another is Aucma, a Chinese innovator that developed the Arktek portable passive cold storage device, which can maintain temperatures as low as -80 Celsius without any power and which proved essential in transporting the Ebola vaccine during the outbreak of the disease in West Africa.

Given the diverse and vibrant nature of China’s private sector ecosystem, it is likely many more potential solutions are waiting to be found. From data systems to mobile phone-based technologies, the opportunity is to turn China’s innovation champions into global health champions. And that is a global trade system we should all support.

There cannot be a global approach to diseases and health promotion without a tremendous effort to create links. Interoperability... Read more