Place matters. Everything we do happens somewhere and that place can offer great insights. A place based approach is powerful. geography as a science provides both content and context for our work and facilitates our understanding of the world. By linking all sorts of data through their common geography, we can analyse, visualise, and detect patterns that drive informed action. For this reason, place matters in health and, specifically, place matters in cancer.

Brief History of Place and Health

Not surprisingly, the earliest reference documenting a relationship between place and health is with the Father of Medicine himself, Hippocrates, in 400 BCE. In his writings on the effects of air, water, and places on health, he notes, “Whoever wishes to investigate medicine properly, should proceed thus: in the first place to consider the season of the year, and what effects each of them produces for they are not all alike, but differ much from themselves in regard to their changes. Then the winds, the hot and cold, especially such as are common to all countries, and then such as are peculiar to each locality. We must also consider the qualities of the waters, for as they differ from one another in taste and weight, so also do they differ much in their qualities. In the same manner, when one comes into a city to which he is a stranger, he ought to consider its situation, how it lies as to the winds, and the rising of the sun; for its influence is not the same whether it lies to the north or the south, to the rising or to the setting sun.” (Hippocrates 400 BCE) Clearly, Hippocrates recognised that where one lives, works, and plays impacts their wellbeing.
Understanding the relationship between place and health can positively impact decisions, as evidenced with the great Persian philosopher and physician Rhazes (AD 900). When asked to site a new hospital in Baghdad, he was said to have hung slabs of meat in various places around the city and monitor their level of putrefaction. Ultimately, he recommended that the hospital be built in the place where the meat putrefied slowest, believing that the environment must be healthiest there (Hajar 2013).
Despite the early contributions of Hippocrates and Rhazes, it was not until 1694 that maps were used to visualise the relationship between place and health (see Figure 1). The value of maps as a communication tool blossomed over the next 225 years in the service of understanding and tracking infectious diseases such as yellow fever, cholera and the 1918 influenza pandemic (Koch 2005; United States Department of Health and Human Services nd). But such images fell dormant during the early 1900s, a period referred to as the Modern Dark Ages of Visualisation (Friendly 2009).

By 1950, three major advances revitalised data visualisation. John W. Tukey in the United States developed the science of information visualisation for statistics, and Jacques Bertin in France provided a theoretical foundation for information visualisation, drawing on his experience as a cartographer and geographer. At the same time, computer processing of large volumes of data allowed the ability to generate graphic forms (Friendly 2009). These works underpinned the development of computerised Geographic Information Systems (GIS) in 1960 by Roger F. Tomlinson of Canada. The birth of computer mapping generated several advantages. In contrast
to conventional methods, users could produce high-quality maps in a fraction of the time with minimal errors.

What exactly is a GIS? It’s like any computerised information system. GIS empowers us to visualise, question, analyse and interpret data to understand relationships, patterns and trends.
The primary differentiator is that a GIS includes geographic information. And it is more than just maps — it’s a platform for decision-making.
GIS answers important questions such as “Where are things located in the world?” You can gain instant perspective when mapping hospital clinics, radiation treatment centres, or mobile breast cancer screening locations. GIS also answers “What’s nearby?” If you understand mammography screening locations, for example, in relation to the proximity of women of screening age, you can gain insights about adequate access to care.
Another question of interest—“How are things connected?” Understanding relationships can facilitate faster, more informed decisions and help health professionals develop strategic interventions. Consider environmental exposures to carcinogens. Ambient factors such as wind and climate may influence the geographic distribution of carcinogens. Then there are people who may be more or less sensitive to exposure. Understanding how and where these components and populations connect can help in better management, monitoring and improvement of the entire system. 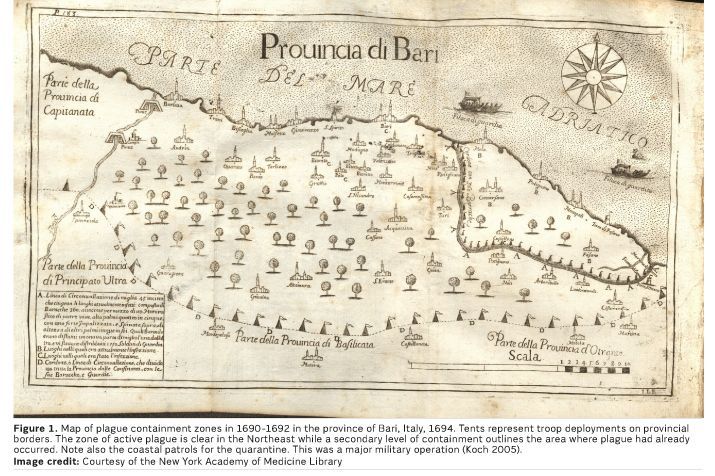 The ways to leverage geography in cancer work are nearly limitless. Because the modern GIS is available to anyone, anywhere, and on any device, there are vast opportunities to understand cancer and intervene in targeted ways. This growth is evidenced by GIS being identified as a Medical Subject Heading (MeSH) by the United States National Library of Medicine  in 2003, demonstrating the increasing importance of the technology in the field. In fact, using GIS and spatial tools is relatively common to cancer research, as cited in health literature. In an article by Lyseen et al. (2014), researchers reviewed and categorised two decades of GIS and health literature. While there was a prevalence of infectious disease studies, cancer research was the most common non-infectious disease that was analysed with intelligent maps (Lyseen 2014).

Many cancer researchers employ GIS to illuminate relationships between cancer, environmental exposures and hazards. Spatial analysis can provide insights about geographic patterns and relationships that might otherwise be missed by other types of analyses. Positive correlations have shown relationships between prostate cancer and environmental carcinogens (Jarup 2002); lung and laryngeal cancer and living near a sewage plant (Chellini 2002); and lung and colorectal cancer when living near coal mines (Mueller 2015). GIS tools allow the integration and analysis of large, often publicly available datasets such as climate, pollution, toxic waste sites, soil indices, pesticide applications and others. Even satellite imagery can be used to evaluate crop varieties and other land cover types to estimate potential exposures.
Environmental exposure to health hazards may impact some demographic subgroups more than others, exacerbating health disparities within the population. However, such disparities may be masked if analysis is not performed across population subgroups at local levels. Wilson et al. (2015) used GIS to analyse the burden of cancer risk on populations of colour and low-income communities in relation to air toxins. By mapping cancer cases and overlaying demographic data for specific locations, they found that sociodemographic factors were strongly associated with cancer risk. Maps revealed that non-white and urban communities were most impacted by cancer risk disparities (Wilson 2015).
Geography itself can also be a barrier to equal access to care. Many studies have analysed travel distance and travel time to primary care, hospitals and specialist facilities. A study in New South Wales found that despite common recommendations for radiotherapy in cancer treatment, the actual rates of treatment are sub-optimal. Driving distance to a radiotherapy department was a major predictor of access to this type of care. In fact patients were 10 percent less likely to receive radiotherapy for each additional 100 kilometres' distance from the nearest radiotherapy department (gabriel 2015).

In a first step to formulating hypotheses about the impacts of location on health, researchers typically start with mapping traditional statistics. Sample statistics include incidence, prevalence and mortality rates. But when researchers map spatial statistics that evaluate the existence and significance of geographic or space-time cancer clusters, even greater value is produced. According to the Centers for Disease Control and Prevention (CDC),  “a cancer cluster is defined as a greater than expected number of cancer cases that occur within a group of people in a geographic area over a period of time” (CDC 2013). Cancer cluster analysis led to the 1960s discovery that asbestos exposure in shipbuilding during World War II caused many cases of mesothelioma, a rare cancer of the lining of the chest and abdomen (CDC 2013).

Geography can also be part of multilevel, hierarchical statistical models. These models allow the analysis of individual risk predictors and neighbourhood predictors. Researchers can thus understand a more 'real-world' scenario in which genetic predisposition, behaviours and environmental concerns are addressed. Gomez et al., in a recent review article, recommended that researchers “consider the life-course implications of cancer incidence and survival, integrate secondary and self-report data, consider work neighbourhood environments, and further develop analytical and statistical approaches appropriate to the geospatial and multilevel nature of the data” (Gomez 2015).

Beyond researchers applying geography to cancer studies, there is a greater need for health professionals to effectively communicate complex ideas, statistics, and models to policymakers, clinicians, patients and the public. Maps in particular are an engaging data visualisation tool for this purpose. With today’s technology, data-driven maps are interactive and allow self-navigated exploration.
The U.S. National Cancer Institute provides a prime example of this with their prostate cancer story map (gis.cancer. gov/mapstory/prostate). The story map shows incidence and mortality rates at state and county levels. Embedded infographics allow comparisons to national rates. Maps like these help explain where and why decisions are made to target cancer control efforts in specific places. Imagine adding consumer-relevant information to these maps, such as screening locations, educational programmes and support groups. Empowering the public with actionable information has the potential to increase participation and improve outcomes.

Cancer is a frightening diagnosis for anyone. Health professionals all want to use the best tools available to decrease the cancer burden in our societies. One bold example of community advocacy comes from the U.S. Colorectal Cancer Roundtable (NCCRT). The organisation aims to reduce colorectal cancer incidence and mortality by screening 80 percent of the population by 2018 (NCCRT 2015). To accomplish this goal, geographic knowledge will be critical for developing partnerships, planning screening and outreach activities tailored to specific populations and ensuring access to colonoscopies.
New methods are also making the distinction between GIS and spatial quite clear. Imanieh et al. provide an example in the paper, “Spatial modeling of colonic lesions with geographic information systems” (Imanieh 2014). Researchers aimed to study the spatial patterns of pathologic colon lesions in the Iranian population, by actually mapping the polyps on a Cartesian model of the colon. Their work indicated that left-sided lesions are still more common in the Iranian population, but enough right-sided lesions exist to warrant total colonoscopy. No doubt GIS can be used to similarly map other cancers spatially in the body.
Perhaps the most important future directions for the application of geography in cancer control revolve around the methodologic issues that span health research in general. These include the need to balance patient privacy with the value of performing small-area analysis; approaches to address uncertainty; and data standards/guidelines for spatial and spatio-temporal modeling. These kinds of advances, as well as making geospatial data portals more widespread in cancer work, provide decision makers with better information and tools.

Place matters. This has been known since the time of Hippocrates in 400 BCE. Modern GIS technology can assist in cancer control efforts—from basic to advanced statistical analysis, determinations of environmental insults on health, and opportunities to develop strategic interventions. Future work should focus on standardising analytic methods and improving access to geographic information.