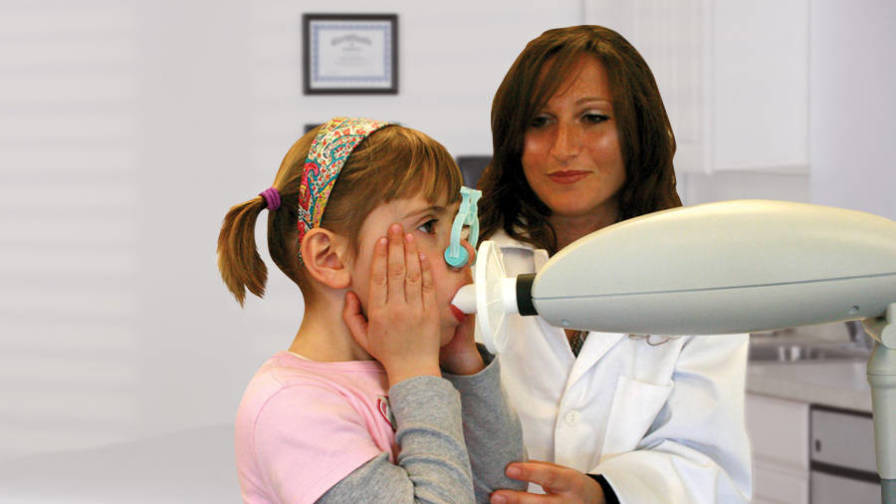 The Quark i2m is a forced oscillation system for measuring total respiratory system impedance. It consists of a simple and fast (8 seconds) manoeuvre performed with the patient breathing normally into a measuring device. The Quark i2m can be used with non-cooperative subjects, making it the perfect solution for any pediatric department. An imperceptible, low intensity and high frequency (4-48 Hz) pressure signal is applied while breathing and after a few seconds the software provides total respiratory impedance, including the two components: resistance (R) and reactance (X).

Based on Forced Oscillation Technique. FOT has been recognised as a reliable method in the assessment of bronchial hyper-responsiveness in adults and children. Forced oscillation technique has been shown to be as sensitive as spirometry in detecting impairments of lung function.

Quick and easy assessment. A simple and fast (8 seconds tidal breathing) manoeuvre performed while the patient is breathing normally throughout the measuring device.

Minimal requirement for the subjects cooperation. FPT with Quark i2m is non-invasive and requires minimal patient cooperation, which makes it suitable for use in young paediatric patients.

Integration with PFT lab. Quark i2m can be used either as a standalone system or as a module fully integrated in a COSMED Quark PFT system.