Share
Download PDF
The value of mammography screening in older women has been much debated over the last few years. While the American Cancer Society recommends annual mammograms in women 75 or older, the US Preventive Services Task Force does not support this recommendation and believes that there is insufficient evidence with respect to its benefits and harm.

It is evident that a lack of adequate research is primarily responsible for this conflict in recommendations since there are no significant studies that evaluate the use and benefit of mammography in women 75 years or older. This is ironic keeping in mind the fact that this female segment is at the highest risk of breast cancer.

That is precisely why Judith A. Malgmren, PhD., affiliate assistant professor at the University of Washingtonís School of Public Health and Community Medicine in Seattle and her research partner Henry Kaplan, M.D., from the Swedish Cancer Institute in Seattle decided to examine the impact of mammography detection on older women. They studied data of more than 14,000 breast cancer cases with 1600 patients who were over the age of 75. The data was obtained from an institutional registry. 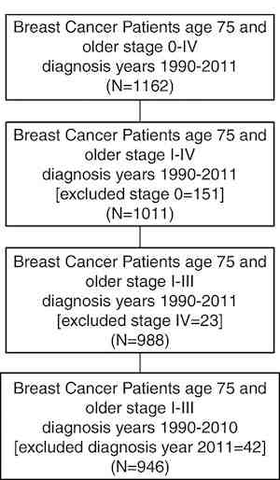 The results of the study have been published online in the journal Radiology.  The findings show that mammography detection was associated with a 97% five-year disease specific invasive cancer survival rate as compared to 87% for patient or physician-detected invasive cancers. According to Dr. Malmgren, "mammography enables detection when breast cancer is at an early stage and is easier to treat with more tolerable options. In this study, older women with mammography-detected invasive cancer had a 10 percent reduction in breast cancer disease-specific mortality after five years." 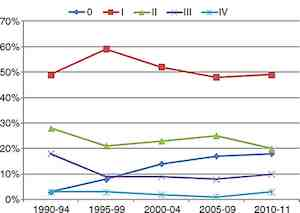 The findings of this study clearly demonstrate that mammography-detected breast cancer can lead to earlier stage diagnosis in older women and can eventually lead to a reduction in the rate of more advanced, difficult to treat cancer cases. The findings also support the use of regular mammography to screen for cancer in women 75 years or older.

While the costs of mammography and the possibility that it may be associated with false-positive results may be factors in its lack of usage in this segment, Dr. Malmgren highlights that false-positive results are very rare in older women. That is because cancer is more easily detected in this age-group since breast density is generally not an issue.  Dr. Malmgren also believes that doing a mammography every other year would not add that much to the overall cost of healthcare.

Overall, the results of this study can help both women and physicians make more informed decisions with respect to mammography and the regular use of this tool can eventually lead to lower mortality rates. "Breast cancer survival in younger women has improved dramatically over the last 20 years, but that improvement has not been seen in older women," Dr. Malmgren said. These recent findings will hopefully change that soon.

The European Society of Radiology’s flagship journal European Radiology has increased its influence even further. The newly released... Read more

If the diagnosis of a cervical spine injury is missed in patients, it can result in devastating consequences. In some cases, CS... Read more