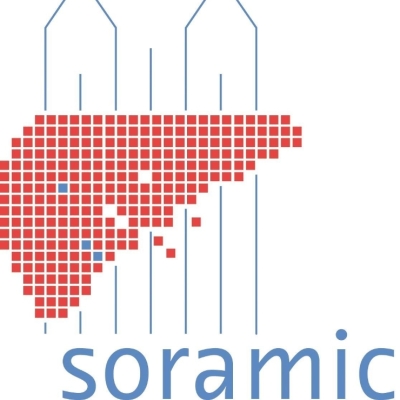 The palliative cohort of the Pan-European SORAMIC study co-directed by Dr. Jens Ricke, Professor of Radiology at the University of Magdeburg with Dr. Peter Malfertheiner, has reached its enrollment target of 420 patients with unresectable primary liver cancer (hepatocellular carcinoma or HCC), the world's third leading cause of cancer deaths. Results of the study are expected in 2018.

Patients with primary liver cancer who took part in the palliative cohort of the SORAMIC study were not eligible for resection or ablation, and were not suitable candidates for trans-arterial chemoembolisation (TACE), an interventional technique for treating liver tumours locally, with chemotherapy-eluting beads.

SORAMIC, which is an acronym for "Sorafenib and Micro-therapy Guided by Primovist-Enhanced MRI in Patients with Inoperable Liver Cancer", is an investigator-initiated trial (IIT).

The study consists of two parts: diagnostic and therapeutic. In the diagnostic part, contrast-enhanced magnetic resonance imaging (MRI) and computed tomography (CT) will be compared to determine if MRI is comparable to CT for identification of HCC lesions in guiding initial treatment decisions and patient management.

Based on available results, there is reason to assume that Gd-EOB-DTPA (Primovist, Bayer, Germany)-enhanced MRI is able to improve the accuracy of the detection of HCC lesions. If correct, this should improve the selection of appropriate treatment.

In the therapeutic part, new combinations of procedures are compared to today's general practice. The palliative cohort is for patients with locally advanced HCC, i.e. metastases in bones or lymph nodes.

Prof. Dr. Ricke, who is director of the Clinic for Radiology and Nuclear Medicine at Magdeburg, said that, "For the past ten years, sorafenib has been the sole standard of care for treating patients with advanced HCC, or any HCC that has spread beyond the liver. We hope that the results of this large RCT will demonstrate that the combination of sorafenib and Y-90 resin microspheres may provide a new treatment standard for patients with HCC who are not eligible for surgical resection or ablation."

Sorafenib was established as the standard treatment for patients with advanced HCC following the results of the pivotal SHARP randomised controlled trial, which demonstrated an increased median overall survival from 7.9 to 10.7 months compared to placebo.[2]

The multi-disciplinary SORAMIC study was launched in February 2010. An interim safety analysis based on data from the first 40 patients enrolled in the palliative study cohort indicated that treatment with Y-90 resin microspheres followed by escalated dosage of sorafenib was not associated with increased toxicity compared to sorafenib alone in patients with locally advanced HCC. Patients treated with the combined therapies benefited from the same intensity and duration of sorafenib treatment as the control patients who received sorafenib alone.[3]

Results are expected later this year for the SARAH RCT, which directly compares the efficacy and safety of sorafenib to that of Y-90 resin microspheres in patients with unresectable HCC who have failed TACE or are unable to receive it. SIRveNIB, a second RCT that has the same design as SARAH, is expected to also complete recruitment during 2016.

HCC is the seventh most common cancer in the world and the third most common cause of cancer-related death.[4] It affects mainly patients with cirrhosis from any cause, including viral hepatitis and alcoholism. For patients with unresectable HCC the outlook is bleak, with survival ranging from a few months to about two years depending largely on the extent of their tumours and state of their liver at the time of diagnosis.[5] No new option has been tested successfully in large studies for almost a decade.

5. European Association for the Study of the Liver, European Organisation for Research and Treatment of Cancer. EASL-EORTC clinical practice guidelines: Management of hepatocellular carcinoma. Journal of Hepatology 2012; 56: 908-943.

Research from Lund University in Sweden suggests that in the future, tests to see how much premature air babies’ lungs... Read more

Researchers in Austria have unraveled how small cell lung cancer (SCLC) is not usually detected until it is at an advanced... Read more