ECR2016: Safe Imaging Picks Up Pace; But What About The Children?

The EuroSafe Imaging campaign, the initiative of the European Society of Radiologists (ESR) to increase awareness for radiation protection among the radiology community, has established itself as a basis for international benchmarking, industry experts said at a symposium during the ECR2016 congress in Vienna on Wednesday.

But most of the speakers also raised the dilemma that, now that EuroSafe is well underway, the process should allow expanding the parameters, especially in the case of paediatric imaging.

Guy Frija, Chairman of the EuroSafe Steering Committee and ESR Past President, told the symposium that after helping establish similar safety campaigns in Japan and Canada, with a similar body in progress in Latin America, the next step is to promote dose optimisation as the new paradigm. 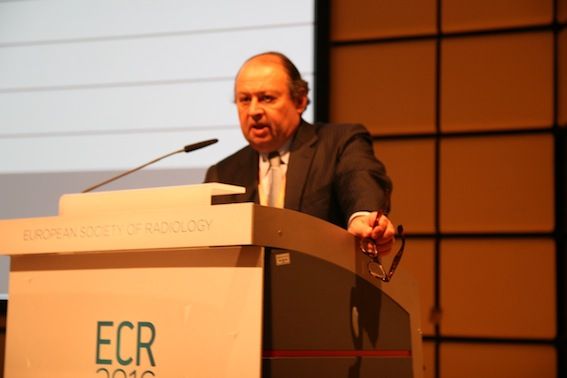 “The optimisation policy is built on the two pillars of the ALARA (as low as reasonably achievable) principle and diagnostic reference levels (DRLs),” said Dr. Frija, Editorial Board Member of HealthManagement.org – The Journal.

“Image quality and quality of equipment are two key concerns as part of a more holistic approach to optimisation that give us the opportunity to move from population-centric to patient-centric optimisation.”

This, he said, is where the ‘EuroSafe Stars’ initiative comes in, to build an information bank for data collection and benchmarking.

Dr Peter Vock, from Spiegel, Switzerland, said that the aim of DRLs is optimisation, not limitation of dose, as is the case of age and weight parameters.

“We have to reconsider the list of clinical indications to be covered. DRLs are part of the radiologist’s life and methodology is critical,” he said.

John Damilakis from Iraklion, Greece, started the discussion about paediatric imaging saying that DRLs are dose ‘levels’ and not dose ‘limits’.

“Paediatric DRLs is of special concern because children are more sensitive to ionising than adults, and the risk from administering the same dose is much higher.”

Prof Damilakis added that many questions remain unanswered, which is why the European Commission has recognised the need for consolidation.

“Obviously it is all not based on age, which is why the weight-based examination is also being reconsidered.”

Speaking in the same tone, Catherine Owens, President of the European Society of Paediatric Radiology (ESPR), said that a recent survey found that the biggest worries at the moment are a lack of staffing, better engagement of children and equipment.

“The teaching, training and inspiration of young radiologists has had great success. But to me age as a parameter for dose is not correct.”

Dr Owens added that the single thing that can make a difference is technology, while collaboration with industry and society is a must.

“Software data has to be shared. Collaborative work needs a lot of integration. However, software can also make mistakes, so it is that output is determined on input.” 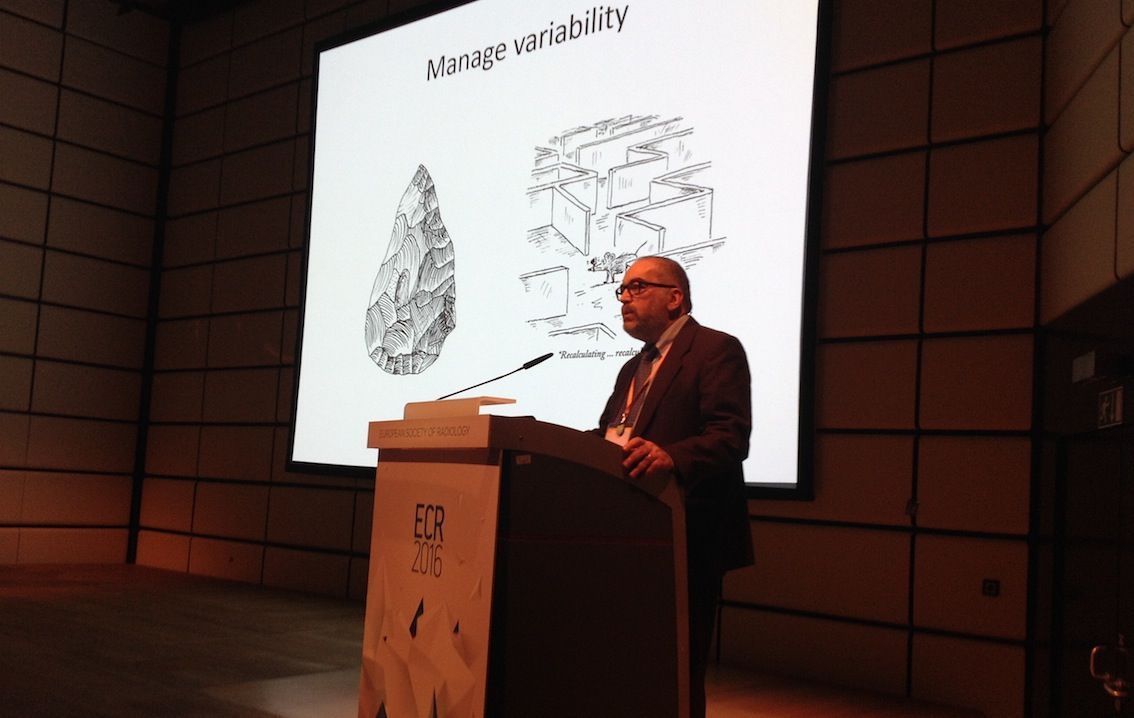 Prof Caramella, also an Editorial Board member of HealthManagement.Org – The Journal, said that new directives also require that patients be fully briefed of the risks prior to an examination, and after the exam, a comprehensive report should be issued to explain, a procedure that could turn out to “undoubtedly scare patients.”

“This is why we have to shift to communication of quality,” Dr Caramella concluded.

Two non-European speakers then took the stage, with Dr. Michael Kawooya from Kampala, Uganda, describing the short, yet fruitful life that the AfroSafe initiative has had in about a year, emulating the EuroSafe and the US’s Image Safely and Image Wisely platforms.

To this, Donald Frush gave an overview of the Image Gently campaign for children’s imaging and how already 850 active facilities in the U.S. alone have signed up.

Finally, during the concluding remarks by a panel of stakeholders, Nicole Denjoy, Secretary general of the industry group COCIR said that one of the biggest hurdles that need to be overcome in the imaging sector is that about a quarter of European-based equipment cannot be upgraded, that accounts for about 2,500 units in western Europe and 500 in eastern Europe.

“Only then will we be able to raise dose optimisation efficiency to 80 percent,” she said.

«« ECR2016: The Hybrid Congress; Awards and Celebration at Opening Ceremony

ECR2016: The Hybrid Congress; Awards and Celebration at Opening Ceremony

The annual European Congress of Radiology ( ECR2016 ) kicked off in Vienna on Wednesday with the announcement that the... Read more

As hospitals and health professionals feel the strain from increased pressure to produce more data and images, radiologists... Read more

Researchers in Austria have developed a method for the precise measurement of breast density using magnetic resonance tomography... Read more