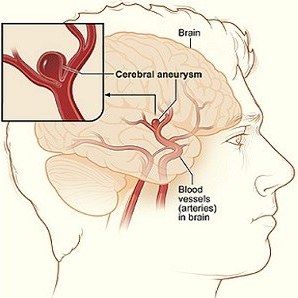 Share
Download PDF
While endovascular treatment (EVT) of intracranial aneurysm is effective in preventing long-term bleeding, this may be followed by aneurysm recurrences in a significant proportion of cases. In particular, patients with larger aneurysms or incomplete occlusion face a long-term risk of aneurysm recurrences.

The findings are based on a new magnetic resonance angiography (MRA) study appearing in the journal Radiology. If supported by additional research, the findings may mean that longer follow-up protocols are necessary for some intracranial aneurysm patients who undergo EVT.

EVT with coils was developed in the 1990s and became an established treatment for intracranial aneurysm in the early 2000s. In EVT, coils are threaded via a micro-catheter through a blood vessel in the groin to the location of the aneurysm. The coils expand and cause formation of a clot in the aneurysm that provides a seal, or occlusion, to prevent further bleeding. The main drawback of EVT is recanalisation, or a return of blood flow into the original aneurysm.

The study looked at the long-term efficacy of EVT in preventing aneurysm ruptures. Researchers performed clinical examination and 3-Tesla MRA 10 years after EVT of intracranial aneurysm in a single institution. In addition, they reviewed results from the medical literature to identify studies reporting bleeding and/or aneurysm recurrence rate in patients followed beyond 10 years after EVT. Key findings of the study include: 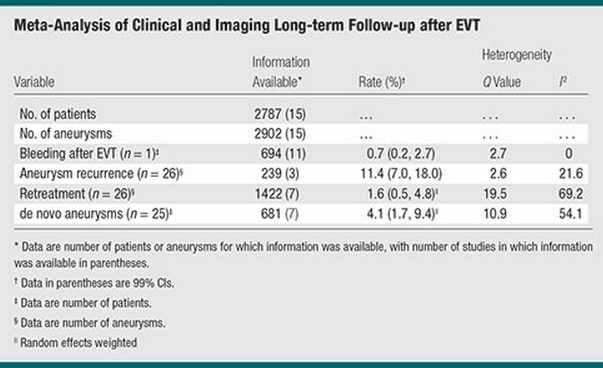 “This result is of importance since a large proportion of patients in the study were young, with a mean age of 47 years,” notes Olivier N. Naggara, MD, PhD, from the Centre Hospitalier Sainte-Anne in Paris. “We believe that the subgroup of patients with aneurysm size 10 millimetres or more and patients with incomplete occlusions should be followed by noninvasive imaging exams for 10 years or more, particularly young patients.”

EVT can be repeated to prevent a potential angiographic recurrence. However, more research is needed to develop a clearer picture of the risks and benefits of this approach, according to Dr. Naggara.

The effects of acute concussion continue even after clinical recovery, according to a study to be presented today at the Radiological... Read more

A CTA scan (a scan of the arteries) can be performed with a contrast medium volume reduction of up to 75 percent and up to 50... Read more

healthmanagement, aneurysm, angiography, occlusion, endovascular, blood flow While endovascular treatment (EVT) of intracranial aneurysm is effective in preventing long-term bleeding, this may be followed by aneurysm recurrences in a significant proportion of cases.

The best patient care is your ultimate goal. To achieve this requires confident diagnosis even with daily increases in patient throughput. Built on the foundation of Mindray’s continuous customer insights into clinical needs and the inheritance from...

Empirical studies indicate that COVID-19 cases may be most infectious... Read more

COVID-19 and Imaging – Our Top Stories

The European Congress of Radiology opens on July 15th and will be a completely... Read more

Join Canon at the Virtual #ECR2020

Canon is happy and excited to participate in the very first... Read more

BJR,  the international research journal of the British Institute of... Read more