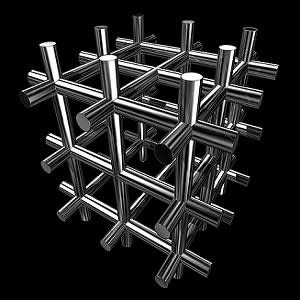 According to researchers, preoperative imaging with 3-dimensional computed tomography cholangiography (3D-ERC) has no benefit for operative planning and R0 resection status. They note that 3D imaging cannot replace the exploration by an experienced surgeon in a centre for hepatobiliary surgery. Their study is published in the journal Gastroenterology Research and Practice.

For patients with hilar cholangiocarcinoma (HC), liver surgery is the only chance for a cure thus far. The surgical treatment of HCs has improved over the last decades. HCs are located in the hepatic hilum with a close relationship to the portal vein and hepatic artery. Visualisation and identification of HCs by separation between tumour and the surrounding tissue is complex because HCs do not present as a solid tumour mass. On the one hand, precise preoperative diagnostic is fundamental for an optimal planning of the operation, and on the other hand, a R0 resection is the most important fact predicting a long-term patient survival.

Meanwhile, different procedures for CT cholangiography have been developed. However, 3D-ERC does not belong to the standard diagnostic in hilar cholangiocarcinoma, and only few studies have investigated the value of 3D-ERC for operative planning in patients with HC. The current study aimed to analyse the value of 3D-ERC compared to conventional retrograde cholangiography in the preoperative diagnostic for HC with special regard to the resection margin status (R0/R1). All hepatic resections performed between January 2011 and November 2013 in patients with HC at the Department of General, Visceral and Transplant Surgery of the RWTH Aachen University Hospital were analysed. All patients underwent an ERC and contrast-enhanced multiphase CT scan or a 3D-ERC.

The study patients were divided into two groups (group ERC: n = 17 and group 3D-ERC: n = 16). Investigators found no statistically significant differences between the two groups with regard to patient characteristics or intraoperative data. Curative liver resection with R0 status was reached in 88% of patients in group ERC and 87% of patients in group 3D-ERC (p = 1.00).  In addition, no differences were observed with regard to postoperative complications, hospital stay, and mortality rate between both groups.

"The focus of our investigation was the resection margin status. Independently of the preoperative diagnostic, the R0 resection rate in patients with HC generally varies from 14% to 80%. In our population, we had an overall R0 resection rate of 88% and we could not show any statistically significant difference between both groups," the research team explained.

The study has important limitations including that it was performed retrospectively. Furthermore, the number of patients in both groups was relatively small. Multivariate analyses in larger patient groups need to be performed to categorise the impact of 3D-ERC in the context of preoperative imaging for HC, according to the researchers.

«« Brain disconnections may cause Parkinson’s hallucinations


Reducing breast compression in mammography and DBT: good or bad? »»


According to researchers, preoperative imaging with 3-dimensional computed tomography cholangiography (3D-ERC) has no benefit for operative planning and R0 resection status. They note that 3D imaging cannot replace the exploration by an experienced surgeo

IASS Potsdam: Unveiling the connections of a complex world