Share
Download Article Back
Artificial intelligence (AI) is the talk of the radiology world. While AI is unlikely to replace the radiologist, better adaptation in healthcare to new technology is needed. In this interview with HealthManagement, Paul Chang, Professor of Radiology at the University of Chicago, explains the importance of human-machine cybernetic harmony. 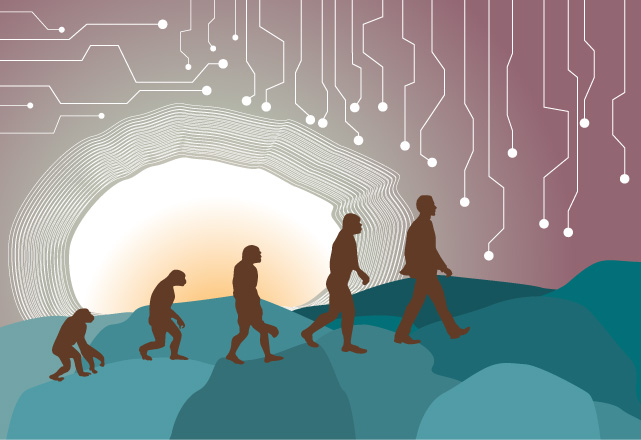 Many years ago, an anthropologist and an evolutionary biologist told me that we haven’t been on this planet long enough to evolve to handle the pressures, expectations and demands of the modern world. Radiologists are knowledge workers. We consume, interpret and deliver data and information, and hopefully produce knowledge and insight. But the concept of the knowledge worker is relatively new. We haven’t had enough time to evolve to fully embrace the information knowledge worker age. That's one of the reasons why technology sometimes is a mismatch to human behaviour—our human brains are still stuck on the savannah: manipulating real world objects to kill or avoid being killed. We haven’t been on this planet long enough to understand what the demands are of being a true knowledge worker, so changing human behaviour with respect to how humans collaborate with technology is critical.
You might also like: Connecting imaging and information in the era of AI
When you look at other industry verticals, they have the same type of computers, software and databases as we in healthcare do. Yet they have done a much better job at achieving human-machine cybernetic balance or workflow collaboration. This is when so-called “left-brain” tasks are left to the machines that do them better, and “right-brain” tasks are left to humans, such as those tasks where humans can look at the bigger picture and gain true insight as a knowledge worker.
On the other hand, in healthcare, and in radiology in particular, we are used to our traditional paradigms and analogue models. When you go into a picture archiving and communications system (PACS), you'll hear people say things like, “Oh, I need a better hanging protocol”, and we still use the word “film.” We haven’t used film in decades. This is a throwback to a more primitive time where we hung films and had a predominantly manual workflow. Other industries bend over backwards to make sure that the human knowledge worker is not placed in a position to fail. We do the opposite. We use the same IT, but because of suboptimal human-machine cybernetic harmony, or disharmony, we put humans in positions to fail all the time. I have to remember to follow up that nodule, I have to look up the values to correlate with the radiology findings, and so on. In radiology IT, it is too easy to make humans fail.
Hospitals generally will not pay a dime to truly improve our IT systems, but will pay millions of dollars to consultants to implement Kaizen: to me, that’s like rearranging seats on the Titanic. Sometimes you need a better boat. We try to change human behaviour to improve quality and efficiency, but sometimes, the existing IT offerings are the real issue: the “sinking boat.” Advanced IT and optimised human-machine collaboration can be the “new boat” that saves the day. We tend to throw people at problems because of our primitive savannah brains. In reality we need to have better human-machine cybernetic balance as other industries have achieved.
Here's another analogy. During the mid-19th century, they found gold in California and there was a gold rush. Everyone went west to dig for gold. Most people failed and many died. Who succeeded? The people who sold the shovels and jeans. That’s a good hedge strategy, what we call the shovel strategy. What I propose to administrators is that it is too early to pick a “winner” in advanced IT, such as AI or deep learning. Healthcare tends to buy early into the hype, but it takes us much longer to appropriately consume these technologies. Instead, we should adopt a “hedge strategy”: improve our existing IT infrastructure to support advanced IT, such as AI and big data analytics. Do it NOW. It is going to take us a lot of time to validate and feed these new technologies. Advanced IT, such as AI and Big Data is like having a Lamborghini sports car. Even though it might be the greatest, fastest vehicle available, it still needs gas and roads to function. A good IT hedge strategy is to “drill for oil” and “build the roads”: in this metaphor, the “gas” is true data interoperability, and the “roads” are appropriate workflow orchestration and optimised human-machine collaboration.
When I first came to the University of Chicago and was setting up imaging informatics, we didn’t go to hospitals to look at their setups. We went to other companies—insurance companies, manufacturers and so on, to ask how they handled data interoperability. I explained to them how we do it in healthcare (EMR, PACS, HL7, DICOM, etc.) and they looked at us as if to say, “You can’t be this stupid!” They said, “That explains why every time we go to the hospital it’s like going back to the stone age”. They explained to me how the rest of the world works—including restaurants, insurance firms, banks, Amazon, and Microsoft. Service-oriented architecture (and now micro transactions/API)—this is how the rest of the world works. We should learn from these other business verticals and improve our IT infrastructure to support AI, big data analytics, and other advanced IT.
It’s a misconception that AI will replace people, and I highly recommend an article in the Wall Street Journal, “Without humans AI is still pretty stupid “ (Mims 2017) that shows that in other industries the best AI-powered systems require humans to play an active part in creating an efficient operation. AI is not replacing humans; it’s just using humans with machines in a more cybernetically harmonious way. As humans we frequently don’t understand that machines can help us, so instead we throw people at our workflow problems or use Kaizen or Six Sigma. We have scrum sessions and we rearrange people. Sometimes you need a better boat.

A UK perspective. Competence in radiology is established by the end of training by a variety of summative and formative... Read more

eHealth, Radiology, AI, Artificial Intelligence, cybernetics While AI is unlikely to replace the radiologist, better adaptation in healthcare to new technology is needed.