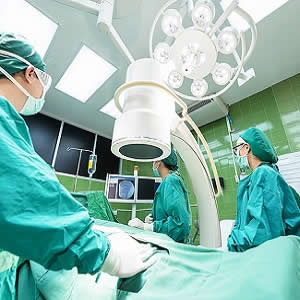 Survival from out-of-hospital cardiac arrest (OHCA) has remained low despite advances in resuscitation science. Hospital-based extracorporeal cardiopulmonary resuscitation (ECPR) is a novel use of an established technology that provides greater blood flow and oxygen delivery during cardiac arrest than closed chest compressions. Pre-hospital delivery of ECPR concurrent with conventional resuscitation is one approach to improving outcomes after OHCA, says an article in the Scandinavian Journal of Trauma, Resuscitation and Emergency Medicine.

ECPR is the implementation of veno-arterial extracorporeal membrane oxygenation (VA-ECMO) during ongoing resuscitation attempts in cardiac arrest. In VA-ECMO, a venous drainage cannula is placed to drain blood which is then pumped through a membrane oxygenator before being returned under pressure into a central artery through a return cannula. There are various configurations of where cannulas can be placed, although the most common selection in cardiac arrest is a femoral vein drainage cannula and a femoral artery return cannula.

"Compared to CCPR, ECPR improves blood flow (cardiac index ~ 2.0 L.min-1.m-2) and oxygen delivery during cardiac arrest with the aim of preventing irreversible end-organ damage and hypoxic brain injury. It can also facilitate therapies such as coronary angiography or fibrinolysis to treat the primary cause of OHCA," the article says.

Pre-hospital ECPR seeks to minimise low-flow time by delivering ECPR to the patient concurrently with initial CCPR, according to the article. While posing unique logistical challenges, this strategy may shorten the delay to commencement of ECPR. Forthcoming prospective trials of pre-hospital ECPR (NCT02527031) and hospital-based ECPR (NCT01511666, NCT02832752, NCT03065647) will aid in refining selection criteria and identifying which patients may benefit from pre-hospital ECPR compared to hospital-based ECPR or CCPR.

"The ideal dispatch and deployment strategy for pre-hospital ECPR teams has yet to be determined, and will likely depend on unique features of each pre-hospital system of care. The clinical benefits of rapid response and shorter low-flow time need to be balanced with the costs of over-triage and resource utilisation," the article notes. "Despite its challenges, pre-hospital ECPR offers the potential to dramatically improve clinical outcomes for a subset of OHCA patients."

PARAMEDIC2: Is epinephrine a safe and effective treatment for cardiac arrest?

Intended to assist in the placement of an endotracheal tube during difficult or emergency airway access procedures where visualisation of the vocal cords is not possible secondary to secretions, blood and/or anatomic anomalies.   Features and...