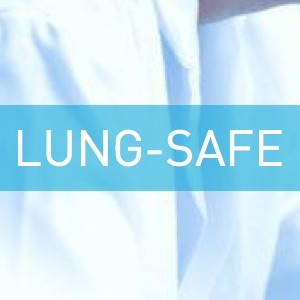 Share
Download PDF
Acute respiratory distress syndrome (ARDs) seems to be under-recognised, under-treated and associated with a high risk of mortality, despite the ARDS Berlin definition and good evidence on treatments. The results of the ESICM LUNG-SAFE observational study are published in JAMA. Speaking to ICU Management, John G. Laffey, MD, MA, of the Departments of Anesthesia and Critical Care Medicine, Keenan Research Centre for Biomedical Science, St Michael’s Hospital, University of Toronto, Canada, said: “This global study gives us unparalleled insights into the burden and current management approaches for ARDS in the 21st century. We now need to understand and overcome barriers to clinician recognition of ARDS, and to continue to develop the evidence base for interventions that may benefit patients suffering from this devastating condition.”

Laffey acknowledged that the true extent of ARDS came as somewhat of a surprise: “Based on prior studies, we had anticipated finding an incidence of ARDS of approximately half of what we actually found in the LUNG SAFE study. We think that the difference is explained by the fact that we did not rely on clinician recognition of ARDS, but rather collected data directly on each of the Berlin diagnostic criteria, enabling us to make the diagnosis directly. This enabled us to determine that 10% of ICU admissions globally suffer from ARDS.”

The Large Observational Study to UNderstand the Global Impact of Severe Acute Respiratory FailurE (LUNG-SAFE) study, clinical trial number NCT02010073, was initiated by the European Society of Intensive Care Medicine. The group studied patients undergoing invasive or noninvasive ventilation, on whom data was collected during 4 consecutive weeks in winter 2014 in 459 ICUs from 50 countries across 5 continents.

On the treatment findings, Laffey explained that they found that over one third of patients did not receive protective lung ventilation strategies; this was defined as a tidal volume of up to 8ml/kg predicted body weight and a plateau pressure of 30 cmH2O or less. Less than 2% of patients received the combination of high tidal volumes and had high plateau pressures. The use of adjunctive measures to aid gas exchange, such as prone positioning (used in 16.3% of patients with severe ARDS), the use of neuromuscular blockade, recruitment manoeuvres or extracorporeal support was also quite low. Laffey added: “This may be due in part to doubts in regard to the strength of the evidence for these adjunctive approaches. This can be addressed by performing additional definitive studies into these interventions.”

There was geographic variation in ARDS incidence - ranging from 0.27 to 0.57 cases per ICU bed per 4 weeks and percentage of ICU admissions. However, the study could not estimate the population served by the ICUs in this study in order to calculate population incidence of ARDS. Laffey told ICU Management that geographic differences in ARDS recognition and treatment will be the subject of subsequent studies.

In an accompanying editorial, Brendan J. Clark, MD and Marc Moss, MD, Division of Pulmonary Sciences and Critical Care Medicine, University of Colorado School of Medicine, Aurora, USA, note that the under-recognition of ARDS is concerning, especially when clinicians probably knew their hospital was participating in the LUNG-SAFE study and were subject to the Hawthorne effect. Clark and Moss write, “it is possible that …these low rates of clinician recognition of ARDS are overestimates of what likely happens in daily practice.”


Despite good evidence on effective treatment of ARDS, bridging the evidence-practice gap remains difficult, acknowledge Clark and Moss. Multiple approaches may be needed, such as an improvement “champion”, interprofessional teamwork, and at the macro level financial investment in implementation science. They conclude: “The medical and critical care community should prioritize the proper implementation of beneficial therapies, engage the necessary stakeholders, and take the next steps to dial in the evidence to improve the treatment and outcomes of patients with ARDS.”

Laffey emphasised the need to find more reliable ways to diagnose ARDS. “ We need to increase our efforts”, he said. “ARDS remains a syndrome diagnosis, and therefore requires clinician recognition of a pattern of clinical findings to make the diagnosis. While the reasons underlying clinician failure to recognise ARDS in critically ill patients are complex, the fact that there is no single test for diagnosing ARDS is a likely contributing factor.

«« Sepsis-3 - Towards Earlier Recognition and Management

Young Females At High Risk for Psych Symptoms after ARDS

Young, female ARDS survivors, who were unemployed prior to ICU admission, are at greatest risk of psychiatric symptoms following... Read more

The recent publication of the results from the Large Observational Study to Understand the Global Impact of Severe Acute Respiratory... Read more

ARDS, treatment, diagnosis ARDs seems to be under-recognised, under-treated and associated with a high risk of mortality, despite the ARDS Berlin definition and good evidence on treatments. The results of the ESICM LUNG-SAFE observational study are published in JAMA.