Non-vitamin K oral anticoagulants (NOACs/DOACs) are direct reversible inhibitors of factor Xa. These drugs are also reversible inhibitors versus warfarin or other vitamin K antagonist that are used in Europe. Anticoagulants decrease circulating levels of factor II, VII, IX and X. In patients with acute bleeding, the concept of factor concentrates is to restore the levels of these agents. When a patient comes in on a NOAC and needs emergency surgery or is actively bleeding, two important questions must be asked. One is what's their renal function as it can have an impact on drug elimination, and the other is coagulation testing.

Measuring the effects of these new oral anticoagulants and nonvitamin K can be confusing for clinicians. There are some important caveats to consider (Heidbuchel H et al. 2013):

With respect to when to decide to potentially consider drug levels, it should be done: 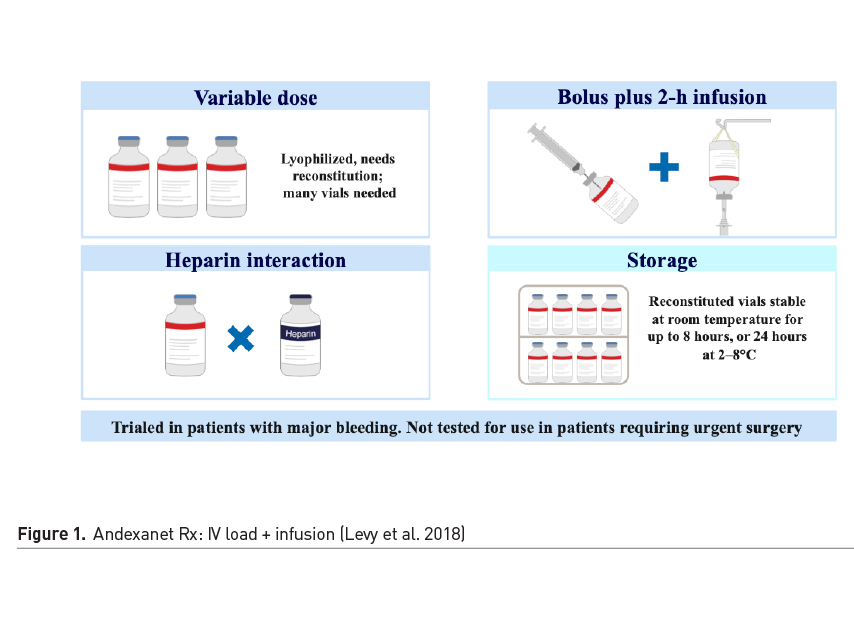 Managing bleeding is important, and developing a bleeding, and therapeutic plan is critical. The two specific state of the art reversal agents (also called antidotes) that can be used to manage a major bleed include idarucizumab and andexanet. Andexanet reverses FXa inhibitors. Once bound to andexanet, inhibitors are unable to bind/inhibit FXa (Ansell 2013). Andexanet comes in vials that require mixing, and is given as a loading dose followed by an infusion of two hours. The drug effect on reversal is about three hours (Figure 1). A large study was conducted, which led to the drug’s approval both in the U.S. and in Europe. However, it is important to note that there is no current surgical data supporting this particular use. The drug is approved for emergency medical bleeds only, in particular, intracranial haemorrhages. Of the 352 patients in the final New England Journal of Medicine study, 64% were intracranial hemorrhage, and about 26% were GI bleeds. 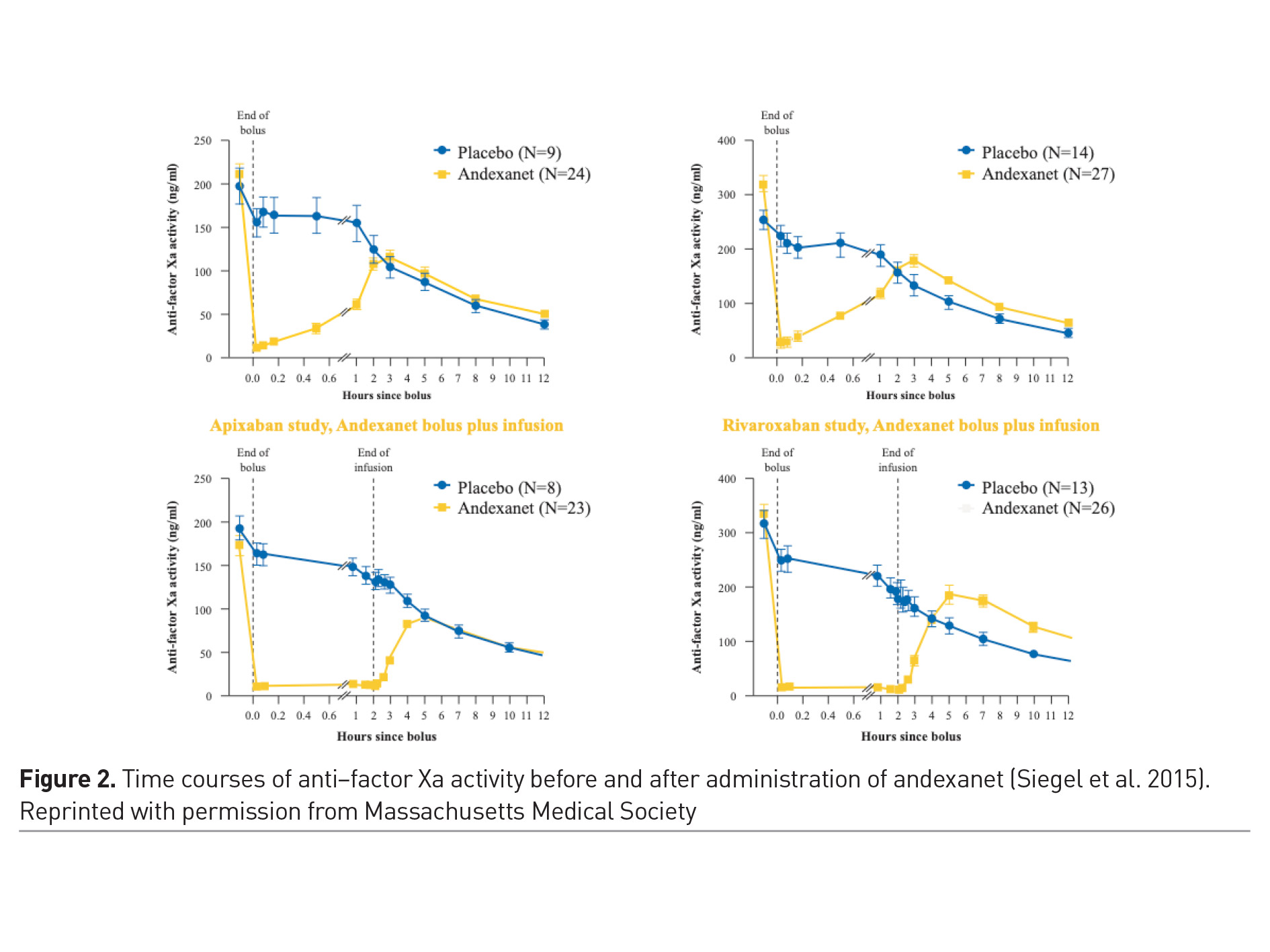 As far as the use of prothrombin complex concentrates (PCC) is concerned, they have the potential to treat bleeding, but there is a lack of correlation between laboratory tests and bleeding or treat of anticoagulation. PCCs are used as part of an off-label multimodal approach with haemodynamic and haemostatic resuscitation (Zahir et al. 2014; Dickneite et al. 2014; Heidbuchel et al. 2015; Levy et al. 2014; Weitz et al. 2015; Levi et al. 2014; Brown et al. 2016).

One of the most important things to remember is that bleeding and coagulopathy is a multi-modal defect that requires a multi-modal therapy. PCCs and other factor concentrates should be part of this multi-modal strategy.

With respect to managing bleeding with DOACs, some important factors to consider and certain important elements to remember:

Finally, it is important to develop institution-wide protocols for emergencies. Also, it must be noted that reversal of anticoagulation does not always mean improved clinical outcomes because patients bleeding are already at great risk for adverse outcomes (Crowther et al. 2016).

This review focuses on different techniques to reverse direct oral anticoagulants,  either with specific or non-specific... Read more

Emerging Concepts in Nutritional Therapy for the Critically Ill Child

The new trends in nutrition management included in the last guidelines are discussed, in particular the route and the dose... Read more