Chris Argyris’ insights on bad communication and defensiveness are the building blocks for organisational communication.
A celebrated business theorist, Chris Argyris (1923-2013) was James Conant Professor of Education and Organizational Behavior Emeritus at Harvard Business School. His concepts form a large part of modern organisational development and organisational learning theory. An iconic and well-known part of his philosophy is the idea that double-loop learning, which questions underlying assumptions and behaviours, is far more effective than superficial single-loop learning. Argyris and Schön (1978; 1996) asserted that open communication, usually considered a good thing, could in fact block learning and hinder progress. You can get communication all wrong, which is a worrying concept for all leaders, and many falter when it comes to tracking good and bad communication. Others have not even differentiated between beneficial and detrimental interaction. Recognising the differences is the first step towards orchestrating change; many of Argyris’ theories can guide acknowledgment and action. 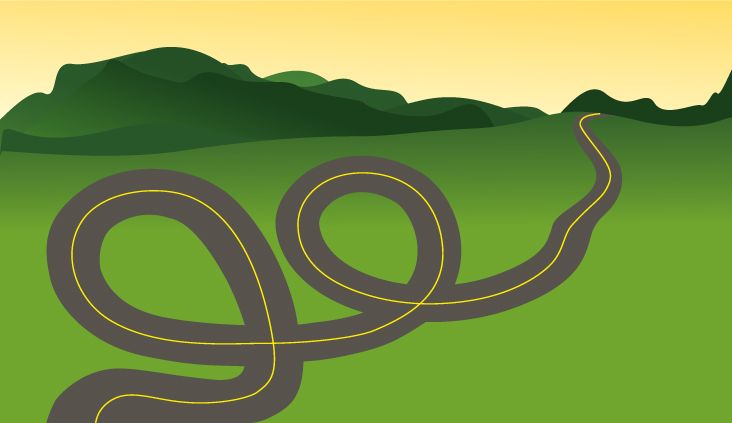 In an era where organisations need to be flexible and respond well to change, bad communication can suppress successful adaptation. Modern organisations recognise individual accountability as important, but unhealthy communication can stifle this. Leaders should identify negative types and patterns of communication. According to Argyris (1985; 1990), those that impede learning and progress include those based on:

Managers and leaders who spend time on the front line, engage in group discussions and form focus groups will significantly increase their chances of identifying unhealthy and damaging communication within the organisation, but only if done in the right way, asking the right questions, expressed Argyris (1990, 1994). They will also set the landscape on which staff can build positive relationships. Argyris observed that the methods many executives use to tackle relatively simple problems actually prevent them from getting the kind of deep information, insightful behaviour and productive change they need to cope with the much more complex problem of organisational renewal. Discussing failure, learning from disaster, confronting disappointment and pointing out sub-standard performance are crucial. Also important are questioning procedures in place and recognising the need for change. Leaders should encourage and participate in all of these, with the emphasis on learning and praise rather than blame and punishment.

What we learned from Argyris is that relationships and communication need to be developed to incorporate truth, compassion and realistic insights. It’s not all about regular contact between staff members and departments, but about deep, constructive and courageous communication with continual feedback that minimises defensiveness or fear. Start by making your staff comfortable, accentuating that there will be no negative consequences to honest remarks; then ask them where they feel there are problems in company culture, staff attitudes, and even leadership. Show a personal interest in their opinions, motivation and attitude. Delving into psychology and sociology will help you to better understand your organisation.

The type of communication managers encourage should reflect on all staff’s work and behaviour and encourage individual accountability. By initiating discussions that incorporate double-loop learning, core issues will begin to surface—problems that are the root of bullying, blame, fear, defensiveness, complacence, low morale and low quality healthcare.

Lead in the right direction

A willingness and openness to take on whatever issues might surface is key to this step in organisational management—a step that can take you away from disorganisation and towards a more manageable company. It will bring to surface the kinds of deep and potentially embarrassing information that threatens the current status quo but can motivate learning and produce real change.

Argyris (1994) noted that, in his experience, executives often know in advance where the worst inefficiencies might be found, and often complain that the problems need to be sorted. The problem usually goes far deeper. An important—and difficult—thing to consider is how you, as a leader, are helping to inhibit progress. What problems are you ignoring, whitewashing or perpetuating? Putting "reflection into action" is key according to Argyris. This involves not only making improvements but questioning behaviour and beliefs.

Argyris noted that executives cited the blindness and timidity of management as barriers to the much needed change to clear problems. They also blamed interdepartmental competitiveness verging on warfare and a company culture that made it unacceptable to get others into trouble for the sake of rectifying an issue. Here, loyalty means turning a blind eye, denying responsibility and passively watching inefficiencies develop and persist—not a beneficial form of loyalty. Argyris identified cost reduction as a second problem. Alongside striving to meet budget requirements, leaders need to encourage accountability and constructive discussion that acknowledge and resolve problems of all kinds.

Remember that understanding employees’ feelings can be confusing. Argyris (1994) found that staff were often proud to work for a company despite finding managers inconsistent and ineffective. He established that employees were satisfied because they were not made to take responsibility for the bad state of affairs. They were not committed to the company in the way managers had in mind; they were merely relieved they could rely on executives to sort out the mess and pay their salaries. Giving staff higher responsibilities can achieve motivation that involves commitment to high performance.

Are you aware of defensive reasoning taking place when there is a threat of embarrassment or damage to somebody’s ego or to the department? This sort of reasoning is often what prevents resolutions to problems, Argyris (1985; 1990) found. Even when people believe they are protecting themselves and others, they are actually causing damage in the grander scheme of things, and preventing learning. Perhaps you yourself are performing such reasoning; Argyris (1980) explained that this mental model is formed early in life to deal with emotional and threatening issues, so some people may not be fully conscious of their defensive reasoning. This is why questioning one’s own thought processes and behaviour is important.

Argyris (1990; 1993) found that organisational learning is inhibited by defensive routines. These various policies, practices, and actions are put in place to prevent people from having to experience embarrassment or threat. Simultaneously, they prevent staff members and leaders from examining the nature and causes of that embarrassment or threat. To successfully apply double-loop learning, it's important to keep asking yourself: am I only hearing what I want to hear, or sending mixed messages? Ensure that you carry this philosophy across to the implementation stage.

A change in a leader’s attitude will trickle down to others in the organisation and present an adaptable and effective working environment from which growth can occur. Argyris and Schön (1978) found that executives had good intentions in terms of candour, forthrightness, and commitment building in the face of changes; however, when it came to it, they dealt with the resistance they expected from subordinates by easing in, covering up, and avoiding candour and plain speaking. Many did not acknowledge that if the approach didn’t work, they could look at alternatives, so employees would not be forced to adopt change that didn’t work for them—something which would again be detrimental. Argyris and Schön (1978) suggest that to achieve what they call Organizational II learning, an interventionist strategy needs to be formed and implemented which involves staff to map and solve problems, and which embeds learning agents, discoveries and evaluations into not just individuals' but organisational memory.

Modern clinics that incorporate a value-based healthcare system are now exploiting big data and producing algorithms, using technology to bring learning into the double-loop concept. Wearable devices and big data are helping to share all kinds of patient data, but sharing staff data is also important. Successes, failures, experiences and all kinds of information are shared between staff and they are able to learn from one another. At first, some employees may be nervous about sharing their data and may be untrusting of the technology, but with positive communication and time to adapt they can start to use the information without fear. Staff can be educated with the help of outcome data and comparison tables without the inference of competition. Applying Argyris’ ideas, change management should involve regularly challenging behaviours and assumptions so that areas can be identified where positive change can be achieved.

The emphasis on being positive condescendingly assumes that employees can only function in a cheerful world, even if the cheer is false, expressed Argyris (1994). But his theory recognises that problems will inevitably arise in all organisations, and all staff need to accept this and be ready to respond accordingly. You’re not expected to wade through the muck with a smile on your face, but to at least keep your eyes open so you can navigate towards the clearer water ahead. Surely that’s better than prancing through the muck with a smile, only because you’re pretending it’s a field of daisies. You can only keep up the delusion for so long.

Next Article: AI is the new reality: the 4th healthcare revolution in medicine

A leadership model for the health care sector   In medical institutions, leaders are required to ensure, through delegation... Read more

Critical review   A critical review of eight identified cases of muscle injuries in professional FCB players from the... Read more

Future of ultrasound: where are we going?

The International Hospital Federation (IHF) announced the winners of the... Read more

Jason Newmyer has been named president and CEO for the recently announced... Read more