Senior Healthcare Manager with an Education focus. External Examiner in the UK and abroad

Are rankings the best way to determine healthcare systems? 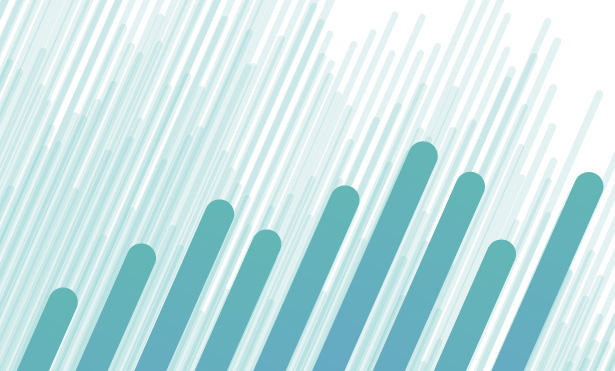 Uncovering the truth behind healthcare rankings.

World healthcare rankings have been published since 2000 but have they made any difference? This article reviews the literature available and focuses on the media’s attention to the latest rankings issued in 2017.

When it comes to healthcare, we just adore and perhaps relate easily to league tables stating who’s the best or worst at things. Our belief is that this is just disproportionate to the actual work that takes place within healthcare systems. Is it realistic to actually rank countries that have a vast array of health services, different demographics, different payment methods and different levels of qualifications?

No matter what the methodology used to determine the league table, it often does not offer the public any useful information, as each healthcare system is fundamentally different. For example, a recent study by Schneider et al. (2017) for the Commonwealth Fund, demonstrated that the United Kingdom (UK) was the best healthcare system; number one out of the 11 countries reviewed. In the same month, The Lancet (2017) published a study
which ranked the UK 30th out of 192 countries, with nine of the 11 countries identified from the Schneider et al.
report being higher than the UK. How could this be possible when the studies were published so close together?

A study into healthcare rankings in 2014 found that the input of specific data could bias the results (Gearhart
2015). In fact this study alluded that policymakers could alter the desired input or output measures to obtain a
required result (pg 140). There are many possibilities that determine the outcome of the rankings and this is exacerbated when you factor in the limitations to available data, the various demographics of countries including, for example, access to healthcare and the actual services available. The question of validity is important when considering the healthcare rankings of countries, as identified by Kim and Kang (2014) who found that no two studies utilised the same measures. Interestingly, Appleby (2011) suggested that despite the frustration of the results being important for policy making, they are mostly for headline news and offer little direction on how to actually improve the healthcare of these countries. Though it can be argued that the rankings are not designed to evaluate each country against one another but to stimulate action that improves the health system in a country (Tanden et al. nd). However, for those at the top of the list, a counter argument not discussed is the fact that does this not create complacency and a lack of willingness to improve?

As demonstrated, the introduction of world health rankings in 2000 incited much criticism regarding the methodology, transparency and data selection. This debate is still ongoing and the continuous changing of rankings amplifies this argument. Do the rankings inspire creativity and innovation, or are they a side-line for countries to use as propaganda?

July 2017, media  widely reports NHS is the number one health system, but why is this wrong?
As with anything these days, media viability of what's being said needs to be verified.‘Fake news’ is the headline of the moment, being repeated frequently. When a British media organisation proudly published an article on the UK’s national health service (NHS) in July this year, its headlines were “NHS ranked ‘number one’ health system”, why not healthcare system  as per the actual title in the Commonwealth Fund report? (Schneider et al.2017). One cannot help but to be sceptical on articles written and presented about this amazing yet complex healthcare system that was initiated in the UK some 69 years earlier, in July 1948 (NHS Choices 2015), with the aim of bringing ‘good healthcare to all’. Yet perhaps to the untrained or less sceptical eye, the media’s title on the face of it makes you feel proud to be British with this apparent number one leader of health(care) systems.

The unfortunate truth of the matter is that it is not. It’s very important to realise that the document the British media refer to is one written for the United states (US) healthcare, entitled “Mirror, Mirror 2017: International Comparison Reflects Flaws and Opportuni- ties for Better  U.S. Health Care”. Clearly from the title the information within was aimed at comparing the US system to gain ideas for its improvement, by looking at a number of other worldwide systems, the NHS being one of ten they compared against. The key findings were that their ‘top-ranked’ countries were the UK, Australia and the Netherlands, to which they continue to say were based on a broad range of indicators. Now this already appears to be a very different angle to what the media reported on, especially when the report states (p5) that the UK in general terms, achieves superior performance compared to other countries in all areas except, healthcare outcomes, where it ranks 10th (out of 11). Even a non-medical person can understand  that healthcare outcomes are probably the most important factor for any patient, accumulating all previous factors such as treatment, waiting times, access to latest techniques and drugs, for example, are important to assess but if your outcome is poor, (or the worst of 10 countries) then why do major reports state that the UK is the ‘number one’ health system?  Because, paradoxically, caring is not the actual media focus perhaps? Nor is to streamline administrative or medical resources?

This media report in question, inform that the NHS is centrally directed and has more direct management accountability to its government than any of the other countries health care systems compared. It is quite obvious that the UK government, and opposition politicians use healthcare as a key bargaining tool in any election or debate. The research by Gearhart (2015) reaffirms that, in this case, the healthcare system has a political motivation to be the best, especially in the current political environment of the United Kingdom. This is despite the legislation for less political micro-management  of the health service in the UK with the enactment of the Health and Social Care Act 2012 (Department of Health 2012). The US system is currently undergoing its own turmoil, with the current Trump administration trying fiercely to undo its predecessors ‘Affordable Care Act’, more affectionately named ‘Obama Care’. Does this indicate the US taking more of a political bias towards healthcare? Therefore, is the information swayed to support its own political agenda in the US?

The Commonwealth Fund has reported previously on worldwide healthcare systems and reports annually on each US state. For a worldwide account though how can the comparable factors exist? The authors of the article state major differences exist such as government accountability, or private health insurance premiums versus taxation collection when these few variables alone bring their own sets of conflicts and priorities into question, let alone access, equity or administration efficiency. The only easily measurable outcome that matters to the population of a country is the ‘Health Care Outcome’. The question any population should ask is “Did my country's healthcare system improve the quality of life following injury or illness?” What else could matter to the electorate? So when the UK media reports the UK as the ‘number one’ health system, the populations of each country in the study need to ask how it achieved the ranking it did? As discussed above, one’s thought process should not forget the other report published at the same time that shows the UK in the overall ratings at 30th out of 192 countries (The Lancet 2017). It does raise questions as to why the Commonwealth Fund only chose these specific countries.

Conclusion
In conclusion, care must be taken when reading (or reporting) on issues with such wide and different reporting parameters. It’s probably fair to say the UK has a good healthcare system by comparison to others and has good practice to share with other countries. However, this is very different than stating that the UK is simply ranked the number one health system.

Clearly from both reports there are many factors in which the UK can improve, most notably health outcomes but there are many variables in each health system that contribute to its ranking level. Each country’s health systems have many strengths and weaknesses (Britnell 2015). Perhaps if you could take the good elements of each country, you’ll have a wonderful healthcare system for the global population and no longer need a politically motivated report? Perhaps learning from each other’s systems and sharing best practice would be more beneficial than rankings? Perhaps we need to alter our thinking and research  from rankings to what can improve the entire healthcare system? Maybe the best suggestion would be to rank countries who implemented the highest number of best practices from another country, with an emphasis on benefits for the population as a whole instead of scoring political points.

NHS Choices. (2015) The History of the NHS in England [online] available from <http://www.nhs.uk/NHSEngland/thenhs/nhshistory/Pages/ NHShistory1948.aspx> [19 October 2017]

The payer determines, but it is not the patient

In healthcare patients are not consumers with the economic power they have in other markets, but the arguments for patient involvement... Read more

The art of influencing: what’s behind the phenomenon?

What’s behind the phenomenon? Top influencers from the healthcare field weigh in on what it has taken to establish credibility... Read more