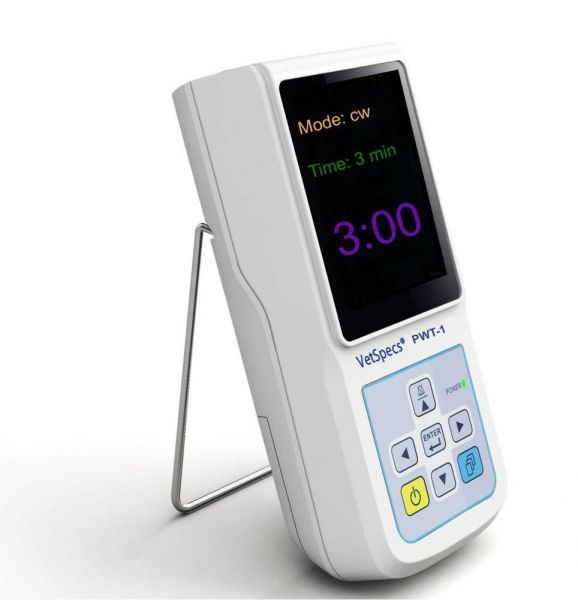 Incorporates the revolutionary photon wound therapy technology originally developed by the National Aeronautics and Space Administration (NASA), also called NASA LED wound therapy. Photon wound therapy is a safe, natural, and noninvasive way to promote wound healing and reduce pain, and has been widely used in human patients for years. With the PWT-1, this great technology is now being introduced to veterinary professionals as a complementary therapy for a variety of wounds and lesions, including surgical wounds, bite wounds, injuries, and burns. As powerful as systems that cost thousands of dollars The PWT-1 employs a single high-power LED of 3 watts, which sets it apart from all other handheld LED or laser units. In fact, it is as powerful as many large laser based machines which are prohibitively expensive and dangerous to use. High power means that less treatment time is required to ensure the same efficacy. Generally speaking, a postoperative wound treatment takes only three to five minutes.
× × × × × × × × × × × ×
[email protected]
103 Heather Court,
Ball Ground
30107
× × × × × × ×

Multiple Hospitals Across Europe Set to be the First to Install Hugo™... Read more