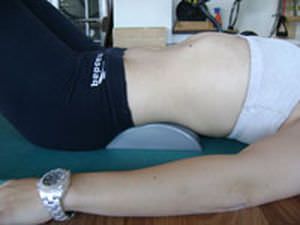 The study of joint physiology makes it possible to study human biomechanics using the functional anatomy of joints of the entire body as reference. By definition, the spine is the ensemble of all vertebrae, which make up the support structure to which sheaths, fasciae, organs, small and large muscles are anchored and which is in turn supported, protected and activated by these. The spine is naturally curved along its axis: on the sagittal plane (viewed from the side) it is possible to observe the kyphotic and the lordotic curves, with posterior and anterior convexity, respectively. Kyphosis plays a static role of support and protection, i.e. of containment of remarkably important structures (think of the cranial kyphosis that protects brain and cerebellum, the dorsal kyphosis that protects thoracic organs such as heart and lungs, the sacral kyphosis that protects the pelvic organs, and, for further accuracy, let us include the calcaneal kyphosis for the foot pump). Kyphosis are therefore not particularly mobile as mobility is not necessary for their function.
× × × × × × × × × × × × ×
[email protected]
Via Giovanni De Simon snc Zona industriale C.I.P.A.F.,
Osoppo (UD)
33010
× × × × × × ×

To round up the first issue of ICU Management & Practice this year, expert Read more

How to overcome antibiotic overuse in COVID-19 patients?

At Hologic , we understand that there is nothing more important for... Read more