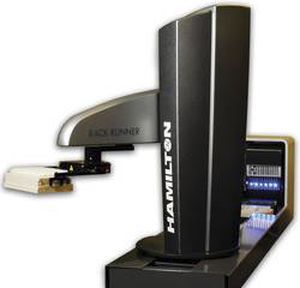 COVID-19 has caused a significant shift in how healthcare is delivered.... Read more

Many countries have paused their breast cancer screening programmes because of COVID-19. Findings from a new study presented... Read more

October is Breast Cancer Awareness Month. This is an annual campaign to increase awareness of breast cancer. The goal is to show... Read more

A new addition to the COVID-19 Risk Tools suite by the Johns Hopkins Bloomberg School of Public Health, an online mortality... Read more

As the world's first COVID-19 mass vaccination programmes are underway in the UK, the U.S. and some other countries, a... Read more

Digitally Listening to Sound of Lungs

Two different devices aimed at improving the quality of a uscultation, the action of listening to sounds from the... Read more

EU Reports on State of Health

With the COVID-19 pandemic currently being the main factor to be considered in the health and well-being assessments, other elements,... Read more

Without a national and coordinated response to COVID-19, the United States has been ineffective at preventing and mitigating... Read more

The UK, first in the world, authorises Pfizer COVID-19 vaccine and is looking into fast-tracking AstraZeneca’s. In the... Read more

In an extremely informative session at the Euroanaesthesia 2020 this week, Caterina Aurilio of Naples, Italy, discussed triage... Read more

There have been over 47 million cases of COVID-19 globally and 1.2 million deaths. According to Anthony Fauci, Director of the... Read more

Findings from a new study show that surviving a case of COVID-19 that is severe enough to require hospitalisation can be quite... Read more

Honey is a commonly used ingredient in recipes and holiday desserts. Marketers often tout honey as a healthy alternative to sugar... Read more

Some patients with COVID-19 are at higher risk of neurological complications like bleeding in the brain and stroke, according... Read more

Women who experience food or housing insecurity may be at risk for undiagnosed breast cancer due to lapses in follow-up appointments,... Read more

According to the latest reports, the COVID-19 vaccine developed by Pfizer and BioNTech has been tested on 43,500 people in six countries... Read more

Why Should Enterprise Imaging Matter To The Radiologist?

Over the years, there has been significant technological advancement in the healthcare industry. However, for many healthcare... Read more

Peer reviews are one of the most important tools that can help with radiology workflow. Peer reviews help you collect and evaluate... Read more

« “The truth is rarely pure and never simple.” (Lady Bracknell - The Importance... »

« Articulate a common purpose for the team you lead »

Nutrition in the Post ICU Period: Where is the Evidence?

Continuous Monitoring Beyond the ICU - The Rise of Mobile Solutions

Rehabilitation of the Critically Ill: The Role of Allied Health Professionals

On the Threats to Imaging…. Should We Be Worried?

Restoring Healthcare to Its Purpose

From Globalisation to a Health Supportive Global Planet

Radiomics in the Imaging of Brain Gliomas: Current Role and Future Perspectives

How To Address Resource Shortage In Radiology?

Shortage of skilled manpower is a widespread fact and has indeed not spared... Read more

Digital Healthcare Focus: Liability Issues of AI Use in Healthcare

In this space I explore monthly topics, from concepts to technologies,... Read more

HOW TO VENTILATE COVID-19 PATIENTS?

The World Health Organization (WHO) defines telemedicine  as the... Read more

Accelerate The Reporting Process With RIS

At a time when healthcare providers worldwide are under increasing pressure... Read more

Shaping the Human Side of Medical Devices in Critical Care: The Implication of Human Factor Studies

Preparing your lab for the future

The gain from entering the digital landscape. With the clock clicking... Read more

HealthManagement.org is proud to welcome on board Alexandre Lourenço... Read more

At HealthManagement.org, we use congress sessions as an opportunity... Read more

The Economic Impact We studied the economic impact of omitting routine... Read more

Summary: The 28th Congress of the European Association for Hospital... Read more

COVID-19 has caused a significant shift in how healthcare is delivered.... Read more