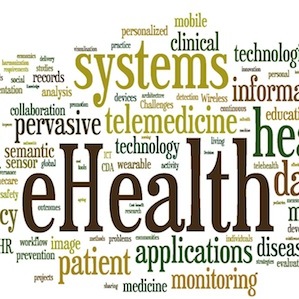 Share
Download PDF
HIMSS Europe has now launched the nomination process for the eHealth Leadership Award, which recognises an individual who, in the judgment of the HIMSS Europe Governing Council, has demonstrated significant and outstanding leadership role in promoting the use of information technology in healthcare in Europe

Candidates may now apply for the Award and the successful contender will be awarded on June 8 at eHealth Week in Amsterdam. To be eligible, the candidate must be a resident of Europe and be professionally active in Europe.

The HIMSS Europe eHealth Leadership Award is given in recognition of significant contributions in the candidate's role as leader in eHealth deployment, innovation, policy development, advocacy or training in Europe.

Read about last year’s winner, Morten Elbæk, who spoke to HealthMangement.org about his portal and sunhed.dk and leadership, tips here.

eHealth Week 2016 is organised by the Dutch Ministry of Health as part of the Dutch Presidency of the Council of the European Union, the European Commission and HIMSS Europe.

This year’s educational programme will focus on three main themes: Empowering People, Trust and Standards and Innovation and Transition.

“eHealth policies are changing. Until now, policies have mainly focused on institutions and IT systems: today, which focus is shifting and is now being placed on eHealth users. The people who are using eHealth are becoming increasingly involved in the discussion and being placed at the heart of eHealth policy-making,” a press release said.

Themes at this year’s eHealth week include e-Mental health, opportunities for people with poor health literacy-guiding principles for co-producing apps, serious gamin for eHealth and collaboration between the EU and U.S. on eHealth initiatives.

The eHealth Leadership Award has the following criteria:

Nominations are now being invited. Click here for more information:

EHealth week takes place from June 8 to 10 this year in Amsterdam.

Alongside eHealth week, the Integrating the Healthcare Enterprise (IHE) Summit will take place on June 7 to 8 with real-world scenarios, writing and reviewing specifications, implementing in products and monitoring vendor testing include din the range of topics on the agenda.

The Dutch Ministry of Health, Welfare and Sport, the European Commission and HIMSS Europe announced the first confirmed... Read more

eHealth Week 2016 has kicked off in Amsterdam with over 2,000 international experts in IT and healthcare, public institutions,... Read more