Share
Download PDF
Voice recognition is a key element of the digitised radiology workflow. However, voice recognition errors do happen. The extent of VR errors and suggestions for improvement were the subject of two presentations at UKRC 2015 in Liverpool this week.

John O Airlie, NHS Borders, reported on a retrospective audit he did on the accuracy of voice recognition reporting. The study aimed to identify errors within reports, classify the location and significance of the error,  improve practice and formulate possible alterations to practice. The study covered 12 months, and 800 reports from 16 clinicians - 8 radiologists, 4 reporting radiographers and 4 sonographers, spread over x-ray, fluoroscopy, ultrasound (Group 1, 50 reports from radiographers & sonographers), CT and MRI (Group 2, 25 reports from each group). Errors were classified as either non-clinical or clinical, and the location or error recorded as being in the clinical indication or the radiological report. The study also looked at the distribution of errors between group 1 and 2.

The audit found no errors that impacted on the clinical pathway. 87% of the reports were correct, and the other 13% contained at least one error. Of these errors, 9% were complex report errors, and 4% were non complex report errors. One example was “Loss of consciousness found line in the ground”. Commenting on the validity and reliability of the study, Airlie noted that it encompasses the full breadth of the patient group and depth of pathologies across a full range of modalities. It is a straightforward method with simple extrapolation for further study.

P Narjan, Royal Stoke University Hospital, reported a study at his hospital, which greatly reduced  voice recognition errors, following an audit of performance on 4 days that found a total error rate of 18.4%. The Royal College of Radiologists guideline for error is less than 5%. Narjan’s study had significant errors in CT (23%) and MRI (43%).

They reduced the error rate through simple measures - updating the software, making reporters aware of the errors by presenting the audit data, and providing education on common errors. They also recommended proof reading. Narjan said the seriousness of the issue was such that they presented the data to the director of IT services and to the Chief Executive. These measures were successful, as a re-audit after 3 months showed that the error rate went down to 3.2%. Narjan emphasised that proof reading is an inexpensive method of maintaining a low voice recognition error rate.

A rota of duty radiologists to handle queries is a highly efficient triage system that offers a beneficial service to clinicians... Read more

While outsourcing imaging services can speed up patient access and maintain timely patient treatment, it does not mean that the... Read more

Are you  open  minded? Our OASIS 1.2T Open MRI scanner defines what true patient-centric design really is about: comfort. Its unique open gantry creates a spacious feeling, with an unobstructed view and access from all sides; while soothing ambient... 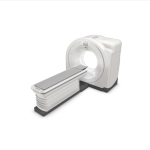