Share
Download PDF
Computed tomography (CT) and 3D printing technology can be used to recreate life-size models of patients' heads to assist in face transplantation surgery, according to researchers at Brigham and Women's Hospital (BWH) in Boston. The surgery is performed on patients whose face has been damaged as a result of disease or injury. Results of the study were presented at the annual meeting of the Radiological Society of North America (RSNA), 30 November-5 December 2014, Chicago, Illinois.

The first full-face transplantation in the US was performed by BWH physicians in 2011. Four additional face transplants have subsequently been completed by doctors at the hospital. "This is a complex surgery and its success is dependent on surgical planning," said Frank J. Rybicki, MD, radiologist and director of the hospital's Applied Imaging Science Laboratory. "Our study demonstrated that if you use this (3D) model and hold the skull in your hand, there is no better way to plan the procedure."

"In some patients, we need to modify the recipient's facial bones prior to transplantation," Dr. Imanzadeh explained. "The 3D printed model helps us to prepare the facial structures so when the actual transplantation occurs, the surgery goes more smoothly."

While the entire transplant procedure lasts as long as 25 hours, the researchers noted, the actual vascular connections from the donor face to the recipient typically takes about an hour, during which time the patient's blood flow must be stopped.

"If there are absent or missing bony structures needed for reconstruction, we can make modifications based on the 3D printed model prior to the actual transplantation, instead of taking the time to do alterations during ischemia time," Dr. Rybicki pointed out. "The 3D model is important for making the transplant cosmetically appealing."

Using the 3D models also helps to increase the surgeons' understanding of the anatomy of the recipient's face during the operation. "You can spin, rotate and scroll through as many CT images as you want but there's no substitute for having the real thing in your hand," Dr. Rybicki stressed. "The ability to work with the model gives you an unprecedented level of reassurance and confidence in the procedure."

Based on the results of this study, 3D printing is now routinely used for surgical planning for face transplantation procedures at BWH, and 3D printed models may also be used in other complex surgeries. 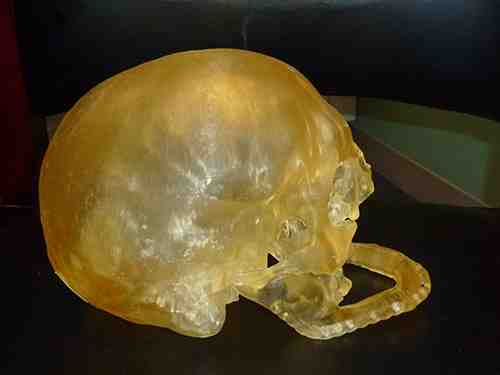 Videos
Video, including animations of the face transplant process is available on the RSNA press release page.

Based on findings of a new study, changes in brain connections visible on MRI could represent an imaging biomarker of Alzheimer's... Read more

#RSNA14: Philips Partners with ISM to Expand Its Integration Solutions

Mammography screening entails examining thousands of healthy women. So keeping dose as low as possible is extremely important and high image quality is the key to detecting the smallest detail. MAMMOMAT Inspiration results...