Share
Download PDF
According to researchers, a magnetic resonance spectroscopy (MRS) technique that monitors biochemical changes in tissue could improve the management of women at risk of breast cancer. Their study published in the journal Radiology aimed to assess 2-D localised correlated spectroscopy (L-COSY) as a noninvasive means to identify biochemical changes associated with a very early stage of cancer development known as the pre-invasive state.

The researchers performed L-COSY on nine women carrying the BRCA1 and 14 women with BRCA2 gene mutations and compared the results with those from 10 healthy controls who had no family history of breast cancer. A BRCA1 or BRCA2 mutation carrier has approximately a 50 percent risk of developing breast cancer before the age of 50, and the cancer can develop within months of a negative screening by mammography. The risk is so significant that many women with BRCA mutations undergo prophylactic, or preventive mastectomies to avoid getting invasive cancer later in life.

All the patients in the study also underwent contrast enhanced 3-T MRI and ultrasound. While no abnormality was recorded by MRI or ultrasound, L-COSY MRS identified statistically significant biochemical changes in women with BRCA1 and BRCA2 gene mutations compared to controls.

The research team found multiple distinct cellular changes measurable through L-COSY indicative of premalignant changes in women carrying BRCA gene mutations. “These changes appear to represent a series of early warning signs that may allow women to make informed decisions as to when and if they have prophylactic mastectomy,” says Carolyn Mountford, MSc, DPhil, from the University of Newcastle in Callaghan (Australia), Brigham and Women’s Hospital in Boston (USA), and the Translational Research Institute in Brisbane (Australia).

The team also found evidence that lipid pathways are affected differently in the two different gene mutations, which may help explain why BRCA2 mutation carriers survive longer than BRCA1 carriers.

Study co-author David Clark, MBBS, BSc, FRACS, from the Breast and Endocrine Centre in Gateshead, New South Wales, Australia, believes the protocol may help guide treatment decisions in women with BRCA mutations. About half the women who have BRCA mutations may not develop breast cancer at all and certainly not before they turn 50 years old, "so the spectroscopy technique could be extremely useful," Dr. Clark notes.

“We think there are three stages of pre-cancer progression in the breast tissue," he says. “Women at Stage 1 could monitor their breasts with follow-up spectroscopy every six months.”

The study represents the culmination of more than 25 years of work, Dr. Mountford points out. Research on biopsy samples in the 1980s proved the existence of pre-invasive states, but technological improvements were needed before the technique could be applied to clinical MRI scanners.

The research team hopes to confirm the findings in larger populations and continue to monitor the women in the study group with the 2-D L-COSY protocol to learn more about the biochemical changes and what they represent.

Top Image: Unenhanced image shows region of interest placement in a 30-year-old control subject. This is the spectroscopic voxel location from which 2-D localised COSY data were collected. 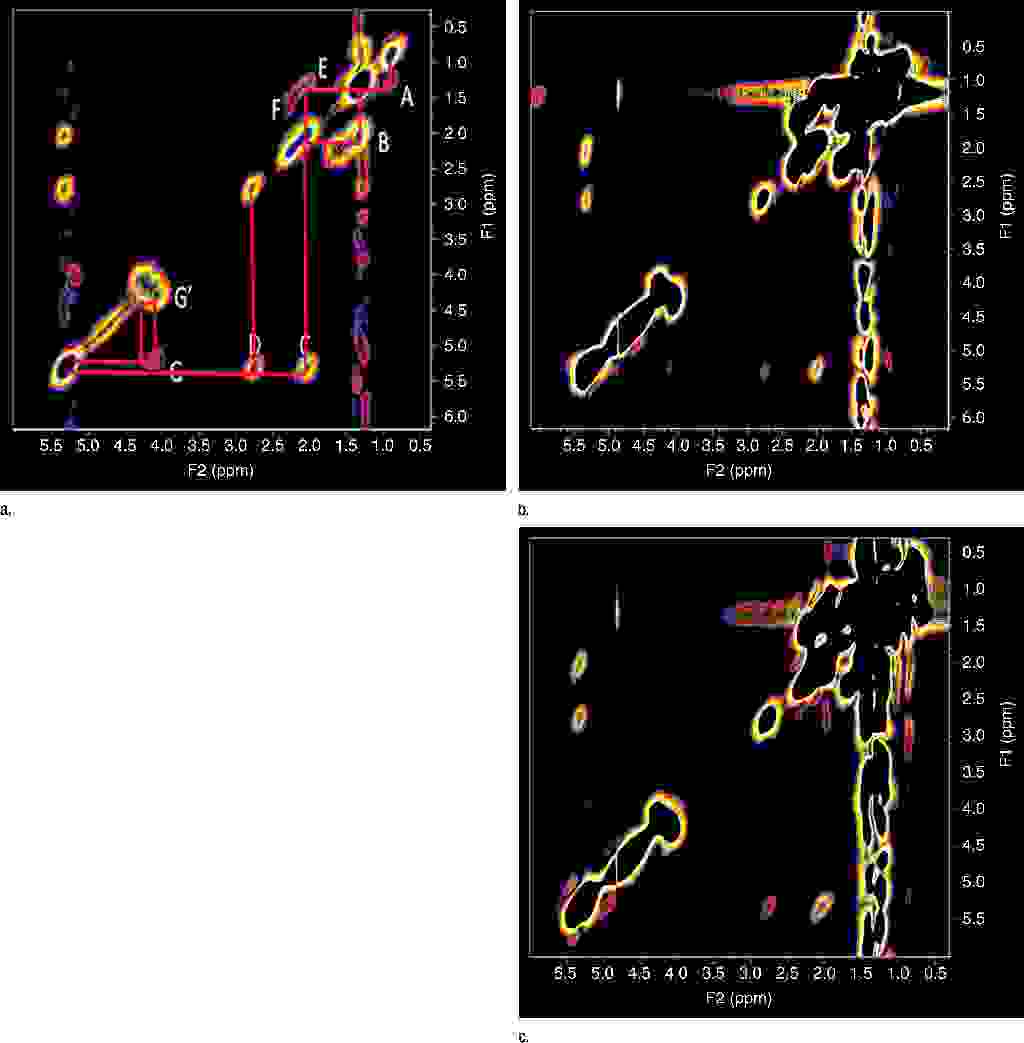 A study published online in JAMA Oncology has found an association between high rates of inappropriate imaging for breast cancer... Read more

Magnetic resonance imaging (MRI) can definitively diagnose around 90 percent of all breast cancers, compared to only 37.5 percent... Read more