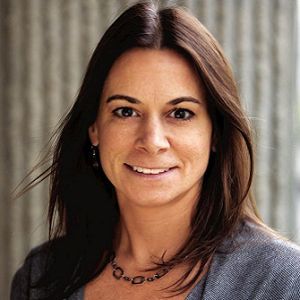 Share
Download PDF
Digital mammograms pose only a small risk of radiation-induced breast cancer for most women, based on a modelling study conducted by an international team of researchers. However, the results show increased risk for women with large breasts or breast implants, who must often receive extra screening views, increasing their radiation exposure.

Screening mammograms become safer for all women when these exams are done every two years, rather than annually, as well as beginning at age 50 instead of 40 or 45, according to the study published in the Annals of Internal Medicine.

"For most women, the risks are very low," says first author Diana Miglioretti, professor of Biostatistics at UC Davis School of Medicine. "The one group I worry about is women with very large breasts who choose to be screened annually from ages 40 to 74. Most screening mammograms are two views per breast. Some women with large breasts need more than four views for a complete screening examination, increasing their exposure to ionising radiation."

Moreover, the risks associated with screening mammograms increased in women with large breasts, who received 2.3 times more radiation than women with smaller breasts. These larger doses put them at risk for approximately 57 cases of breast cancer and 10 radiation-induced breast cancer deaths (per 100,000 women screened biennially, ages 50 to 74).

While the study identifies women with large breasts at higher risk of radiation-induced cancer, new technologies may help mitigate that danger. For example, larger detectors can image women with very large breasts with fewer views and less radiation.

The research team emphasises that mammograms are extremely safe and their benefits outweigh the radiation risk. "For the majority of women, screening mammography is very safe," says Prof. Miglioretti. "And if you screen every other year between 50 and 74, that makes it safest."

The authors hope this study will help open a conversation between women and their providers.

"Women need to have a dialogue with their primary care providers about when to start screening, when to stop screening and how often to screen based on their personal values and the potential benefits and harms associated with each scenario," according to Christoph Lee, associate professor of radiology at the University of Washington School of Medicine, who contributed to the study.

Which Modality for Which Breast Density?

A systematic review of available data on dense breasts has found that determinations of breast density can be unreliable and that... Read more

Screening in Older People - When Not To

Researchers in the U.S. have found that nearly 16 percent of individuals 65 years or older may have received non-recommended screenings... Read more

healthmanagement, breast cancer, ionising radiation, digital mammography, screening, dense breasts Digital mammograms pose only a small risk of radiation-induced breast cancer for most women, based on a modelling study conducted by an international team of researchers. However, the results show increased risk for women with large breasts or breast impl