Is walk-in CT better than an appointment system? 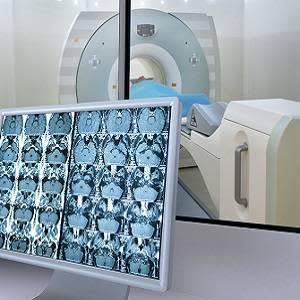 Long access time to computed tomography (CT) facilities is a problem in many hospitals. Walk-in is an intervention that eliminates access times, since it gives patients direct access without an appointment. Walk-in CT also improves satisfaction of patients, referring physicians as well as the entire radiology staff, technicians and doctors alike, according to a new study to appear in the European Journal of Radiology.

In January 2010, walk-in CT was implemented at the Dutch Rijnstate hospital, a large teaching hospital with 16 radiologists, 8 radiology residents, and 3 doctors of nuclear medicine. This offered an opportunity to examine the positive and negative effects of walk-in CT in practice and how these effects are balanced, study authors said

The Rijnstate hospital has three CT scanners at two locations. The walk-in CT introduced in 2010 for all outpatients and emergency patients is not a 100% walk-in system, however, because inpatients and outpatients who require special preparation (for example, kidney-preserving hydration therapy) are still given an appointment. Also, cardiac studies, virtual colonoscopy, and biopsy procedures are planned and on specific patient’s request it is possible to make a (future) appointment. All other patients (including those being scanned using an oral and/or intravenous contrast agent) have access to the walk-in system. The system meets Dutch and European quality requirements and patient safety standards.

All stakeholders stated that the system improved with the introduction of walk-in CT. The interviews also helped to identify key performance indicators: access time, waiting time, one-stop-shop, autonomy of choice, productivity and employee satisfaction. The patient survey revealed the maximum acceptable waiting time: 79% of patients stated this to be 15-30 minutes or more. When asked which performance indicator is most important, ‘one stop shop’ was mentioned by 134 patients over access time, waiting time and autonomy of choice (ranged from 79 to 88).

"We conclude that a walk-in CT system (with a limited number of appointments for certain types of examinations, for instance needing sedation, general anaesthesia or collaboration with other departments such as ICU) functions better than one that is entirely appointment-based, primarily because it virtually eliminates CT access time, enhances the one-stop shopping policy for patients, and increases satisfaction among patients and referring physicians, as well among the radiology staff, technicians and doctors alike," the authors write. "Furthermore, all of the results suggest that productivity can be greater in a walk-in system than in one that is entirely appointment-based. Management should closely monitor waiting time, productivity, and production versus capacity, and make adjustments when necessary."

The authors suggest further research to determine to what extent their conclusions are valid in other hospitals. In addition, it would be valuable to study the suitability of walk-in systems in other radiology modalities and in other hospital departments.

The importance of artificial intelligence ( AI ) is ever increasing in healthcare, especially in enhancing the accuracy of diagnostic... Read more

CT, Computated Tomography, Walk-in CT Long access time to computed tomography (CT) facilities is a problem in many hospitals. Walk-in is an intervention that eliminates access times, since it