ECR2018: The bionic radiologist of the future

Share
Download PDF
At last week's European Congress of Radiology in Vienna, taking value as his theme, Prof. Marc Dewey argued that radiologists should grasp the opportunities of new technology to drive their future.

You’re either a Jedi (Star Wars fan) or a Trekkie (Star Trek fan), says Prof. Marc Dewey, Heisenberg Professor of Radiology of the German Research Foundation and Vice Chair of the Department of Radiology at Charité - Universitätsmedizin Berlin, who gave the Wilhelm Conrad Röntgen Honorary Lecture at the European Congress of Radiology on 2 March in Vienna. Jedis take a pessimistic view of the future (medicine dispensed by robots), while Trekkies take a more sanguine view, with doctors assisted by technology.

The future needs to be now

Patients admitted to hospital may be asked about their history multiple times, and the services that decide which treatments and testing patients undergo have conflicts of interest, because they have different aims and often are not using evidence-based approaches to make these decisions. Acquiring images is greatly variable in radiation dose between centres and within centres. The idiosyncractic terminology in radiology reports often prevents major critical findings from being detected. For example, one study found that one-third of critical findings went undetected.

What if patients received consistent history taking that is implemented into their record and combined with evidence-based medicine to decide on the most beneficial treatment? Then a new paradigm comes into place, said Dewey, which integrates data science and artificial intelligence (AI) into the radiology workflow. The bionic radiologist will supervise the results generated by machine learning algorithms and integrate them with other clinical data for the final interpretation. This approach leverages both the consistency of automatic analysis and individual nuances of human image analysis. AI can better analyse what is invisible to the human eye and make it available as an additional layer eg of fractal dimension of tumour perfusion. 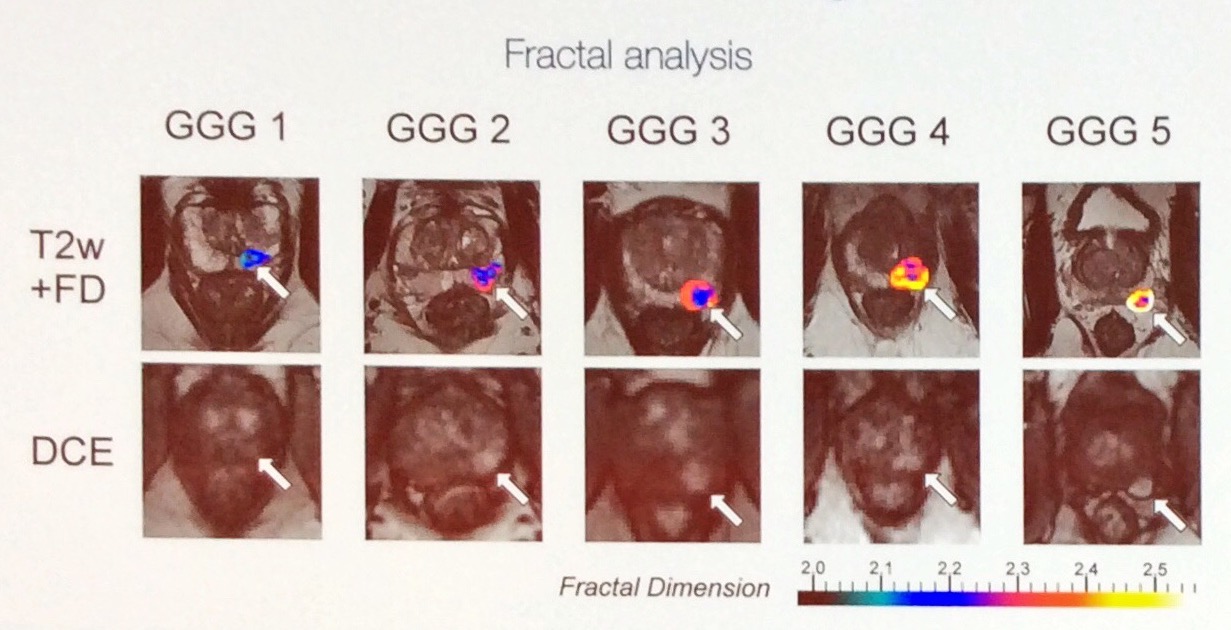 Increased healthcare spending does not equate to better healthcare outcomes, as the Commonwealth Fund has reported, hence the worldwide move to value-based healthcare and away from fee for service. We need to achieve better outcomes at lower cost and often do less - “honestly sometimes we do too much of imaging”, said Dewey.

In future radiologists need to:

AI tools, based on evidence, may allow better predictions and free up time to go through options and have direct patient contact for questions that are simple and important, but often forgotten. For example, for a patient with chest pain, on your mobile device you could show the patient the risk of certain diseases.

Clinical testing combined with imaging is able to differentiate patients, to tell if imaging will make a difference in this case. Already clinical decision support, such as the newly launched web portal for the European Society of Radiology’s iGuide integrates such tools.

Can medical students learn this? Together with Prof. Laura Oleaga, Chair of the ESR Education Committee, Prof. Dewey has started to compare teaching students about the ability to make the right choices imaging test without the help of iGuide and with the help of iGuide.  Using iGuide showed significant improvement in the right choice of testing for individual patient scenarios.

The future is bionic

Dewey envisaged a future where the patient sees a (human) doctor who has a device giving automated analysis that he/she looks at and interprets the results, and discusses with the patients the next steps. “This is the world I would like to live in”, said Dewey.

From his own speciality of cardiac imaging, Dewey cited the example of 4D CT of the heart, which produces 3 billion voxels for a single patient. Such images have motion from the heart and lungs, even though patients are asked to hold their breath. It’s very hard to adjust the images manually, so using fractal analysis, automated approaches have been developed to do this registration. For myocardial perfusion, using fractal analysis clinicians are able to differentiate patients with obstructive coronary disease from microvascular disease, so answering the important question of whether patients need invasive cardiac catheterisation or not. Another example is differentiation of tumour perfusion/grading of the prostate, which means that with an accuracy of 95% invasive treatment is avoided. A research group from Zurich have shown that mammography can be analysed with deep learning; they used neural networks in a training dataset and had comparable results to experienced radiologists.

This is a paradigm shift, said Dewey, allowing radiologists to make use of automated pre-processed data, but still being the major interpreters and integrator of this information. When Charité in Berlin asked their patients how they would like their images to be interpreted, 84% said they’d like to have a radiologist or two radiologists always take a look at the images as well as a computer rather than by a computer alone (unpublished survey).

Structured reports that combine audiovisual information and information about the patient, which are searchable and analysable improve reporting. For example, a study of pancreatic cancer imaging reports showed that evaluation greatly improved with structured vs non structured reports. It can also improve discussion with referring physicians and in planning treatment. The pre-defined descriptions e.g. of a mass or vascular abnormality maximise objectivity and reduce variability of prose text in reports.

No physician can keep up to date with evidence, observed Dewey. Cardiac imaging multimodality studies alone number more than 10 thousand a year, so even if radiologists sub-sub specialise, they cannot keep track of the published evidence. The sweet spot of AI is linking recommendations from this wealth of information within the structured report. Natural language processing may help us avoid the culture shock that may come if we take away dictation opportunities. It could be possible to continue with dictation, but structure is put into reports with natural language processing, suggested Dewey.

The challenges of the future? Everyone wants to be an innovator, yet no one wants to change. Cultural issues need to be addressed when it comes to changing the way radiologists practise.

IT infrastructure is not ready yet. A recent survey in Germany that asked doctors if digitalisation will help clinical workflow reported that 80% said yes, but satisfaction with IT equipment now, was less than 20%.

Radiologists are not involved enough in clinical trials, said Dewey, and do not study enough what the outcome benefit for patients is of new technology. This is improving —of 19 imaging randomised controlled trials published in 5 major journals in 2016 that analysed imaging technology and outcomes, radiologists were involved, and almost half were first authors. But radiologists need to improve their last and senior author participation to understand implications of trials better.

Data sharing will be a challenge. Providing curated data that don’t lead to misinterpretation is really difficult as is the time in curating and making data available.

The greatest challenge is the half life of clinical data. A study that analysed test order prediction tools found that the half life of data for being still accurate for predicting the next thing done in patients is only 4 months < >. Healthcare is changing so fast that it is very likely researchers will never be able to use robust data that’s older than 5 years. We don’t need big data, we need good data, says Dewey.

The opportunity is here to become more active in the nuances of patient care, concluded Dewey, as automated systems are not good (yet) in this area. Dewey ended on an encouraging note: as radiologists we can become more active participants in patient care and spend more time talking to patients and to other clinicians. However, we need to be aware of challenges and not underestimate them.

The success of value-based radiology depends on three areas:

Results from clinical trials of digital breast tomosynthesis in Sweden and Norway were reported at the recent European Congress... Read more