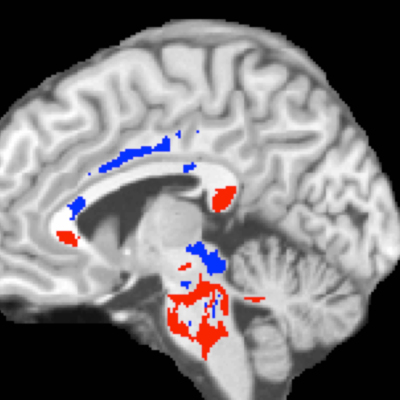 Researchers using an advanced form of MRI called diffusion tensor imaging (DTI) have found a way to differentiate in advance those concussion patients who may be burdened long-term and those who would recover fully.

The team of researchers at Albert Einstein College of Medicine and Montefiore Health System led by Professor Michael L. Lipton were able to shed light on the brain’s mechanisms for repairing or compensating for concussion injuries—information that could speed the development of therapies. The study was published online in the American Journal of Neuroradiology.

“Our study presents a precision approach to harness imaging at the time of concussion to forecast outcome a year later,” said Lipton, professor of radiology, of psychiatry and behavioural sciences, and of neuroscience, as well as associate director of the Gruss Magnetic Resonance Research Center (MRRC) at Einstein and director of MRI services at Montefiore.

“While we still lack effective treatments, we now have a better understanding of the neurological mechanisms that underlie a favourable response to concussion, which opens a new window on how to look at therapies and to measure their effectiveness.”

Each year, 2.5 million people in the United States sustain traumatic brain injuries (TBI), according to the Centers for Disease Control and Prevention. Concussions account for at least 75 percent of these injuries and diagnosing them is based on assessing symptoms including seizures, trouble sleeping, decreased coordination, repeated vomiting or nausea, confusion, and slurred speech.

“While most people think of concussions as a mild and short-lived injury, 15 to 30 percent of patients are left with symptoms that persist indefinitely,” said Sara Strauss, M.D., the study’s lead author and resident in the department of radiology at Montefiore.

Conventional imaging techniques, such as CT scans and MRI, cannot detect the subtle damage to axons (the nerve fibers that constitute the brain’s white matter) that is associated with concussions.

But in a previous study, Dr. Lipton and his colleagues demonstrated that DTI can detect concussion-related damage to axons by “seeing” the movement of water molecules along axons, which allows researchers to measure the uniformity of water movement (called fractional anisotropy, or FA) throughout the brain. Finding a low FA brain region, for example, indicates structural damage that has impeded water movement in that area.

In the current study, Dr. Lipton tested whether brain abnormalities identified on DTI of individual concussion patients could distinguish between those patients who will eventually recover and those who will not. DTI was performed on 39 patients diagnosed with mild TBI by an emergency room physician within 16 days of the initial injury and on 40 healthy controls. Patients were also assessed for cognitive function, post-concussion symptoms and health-related quality of life measures. A year later, 26 of the concussion patients returned for follow-up assessments.

“Being able to predict which patients have a good or bad prognosis has tremendous implications for discovering and evaluating treatments for concussion,” said Dr. Lipton.

“Developing an effective intervention requires first identifying the people who need it. Seventy to 85 percent of concussion patients get better by themselves, which makes it difficult to learn whether any treatment is actually helping. Our imaging technique allows researchers to test potential therapies on those concussion patients who can truly benefit from them.”

Dr. Lipton cautions that further studies are needed to validate this approach for predicting concussion outcomes. “While we were able to predict the outcomes for the patients in our study; more refined approaches—incorporating additional patient and injury characteristics, for example—may be needed when applying the test on widely differing individuals,” he said.

JMIRS: Many Still Not Fully Aware of Dose Risk from CT Scans

A survey of about 300 healthcare professionals in Canada found that radiologists and technologists generally had better... Read more

If Only They Had CT Scans… 69 Mln Years Ago

Just like a scene out of the blockbuster Jurassic Park films, researchers have used advanced imaging equipment to identify... Read more

A study of about 247,000 elderly patients who were subject to gadolinium-enhanced MRIs has shown that there was no significant... Read more

RDM: the DACS for building a Low-Dose Culture RDM is a software solution for collecting, controlling and analyzing radiation doses delivered to patients during medical imaging examinations. It helps improve clinical practices and optimize doses....