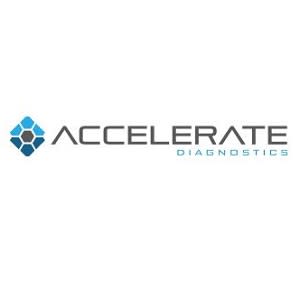 In Spain, sepsis affects 50,000 people every year, of which 17,000[i] die, a figure that is 13 times higher than that of deaths due to traffic accidents. It is a time dependent disease, where each hour of delay in the correct administration of antibiotics is linked to a 7.6% decreased survival. In 2015, the Sepsis Code was approved, a national action protocol endorsed by 15 scientific societies to give an early, multidisciplinary response to this disease, improving survival and the results when dealing with sepsis. The Hospital Universitario La Princesa started implanting the Sepsis Code the very same year and it has been a pioneer in Europe in incorporating a new diagnosis tool, the Accelerate PhenoTM system, which helps to meet one of the main goals of this protocol: the reduction in response time in the adaptation of antibiotic treatment when faced with a possible case of sepsis.

As Doctor Laura Cardeñoso, head of the Microbiology Service at the Hospital Universitario De La Princesa explains, “when faced with a possible case of sepsis, the protocol is activated and once the patient’s blood culture is shown to be positive, the Accelerate PhenoTM system allows the pathogens causing the infection to be identified in just 90 minutes and it also gives a study of antibiotic sensitivity in under 7 hours; 28 less than those needed using the conventional methodology”.

Patients with severe sepsis criteria are included in the “Sepsis Code” protocol, activating an alert, collecting blood cultures and informing the Microbiology doctor on duty to give top priority within the microbiology diagnosis process of the sepsis. Once the growth is detected in the blood cultures and after confirming with the preliminary tests that the system can perform the antimicrobial sensitivity study of the microorganism in question, the positive blood culture is processed in the Accelerate PhenoTM system. Approximately 1.5 hours later it will have been identified and in another 5 hours, the results of the antibiotic sensitivity study may be given to the doctor in charge in order for the appropriate decisions to be made.

The application results of the Accelerate PhenoTM system have been evaluated by the corresponding studies performed by the Microbiology Service at La Princesa, which will be presented during the 28th European Congress on Clinical Microbiology and Infectious Diseases (ECCMID), taking place in Madrid from the 21st to the 24th of April. The first of these evaluates the concordance of the results obtained by this new diagnosis tool, compared to those offered by the conventional method and according to Doctor Cardeñoso, “the good correlation between both systems is confirmed, in the identification of the agent causing the infection (92%) and in the antibiotic sensitivity results, where the categorical concordance was 90.4% for the Gram-negative bacilli and 97.5% for the Gram-positive coccus evaluated”.

It is important to emphasise the use of this new technique in the detection of poly-microbial infections thanks to the fluorescent in situ hybridisation (FISH) technology, which allows the fast genomic identification of the pathogens that regularly cause blood infections. This technology, according to the results of the study, allowed the correct identification of the infectious agents after 1.5 hours in 92% of the cases.

The second of the studies performed by the team at the Madrilenian hospital analysed the adaptation of the controlled treatments in terms of the analysis of antibiotic sensitivity offered by the Accelerate PhenoTestTM BC kit. The results show that the broad spectrum antibiotic treatment prescribed to begin with, as the protocol establishes, was modified in 47% of the patients once the results of the antibiotic sensitivity test  performed by the Accelerate PhenoTestTM BC kit were known and in 64% of them, the treatment was de-escalated (the antimicrobial therapy was adapted using narrower spectrum antibiotics).

“The early adaptation of the antibiotic treatment facilitates the goals marked out by the National Plan for Antibiotic Resistance (PRAN), as it avoids the indiscriminate use of broad spectrum antibiotics, decreasing the selection of resistant microorganisms and preserving these treatments for the cases where patients require them”, this expert affirms.

The costs generated by severe sepsis involve around 10,000 euros per episode. In the Community of Madrid alone, this pathology generates expenses of over 70 million euros, a figure that is much higher than that for myocardial infarction care, which involves around 16 million euros[ii]. Another of the advantages linked to this new diagnosis system for severe sepsis, as the preliminary results of the study performed at La Princesa reveal, has to do with the average stay and admission times in the ICU for patients with sepsis. “The preliminary analysis reveals a decrease in these times and, therefore, a decrease in the indirect costs associated to the handling of this pathology”, Doctor Cardeñoso affirms.

Improvement in the work flows

On the other hand, one of the organisational recommendations of the “Sepsis Code” is the creation of rapid response teams and multidisciplinary models for treating severe sepsis and/or septic shock. In this respect, the Accelerate PhenoTM system offers the chance to improve and innovate the work flow necessary for the microbiological diagnosis of this pathology. This new system provides the necessary information for the doctor in record time and allows the empiric therapy to be modified, if necessary, and the final therapy to be optimised.

“In the work flow designed in the Microbiology Service, to improve and innovate the microbiological diagnosis of severe sepsis, not only have new diagnosis tools been implemented to shorten the time for obtaining results, but also a new communication route has been developed and set in motion to send the results to the doctor in charge of the patient via a mobile device. Receiving the results on a mobile device allows the doctor to take decisions in real time, ‘at the bedside’, without having to go to a computer to check the antibiogram, therefore, reducing the response time”, the specialist concludes.


CEUS - increasing use in emergency and critical care »»