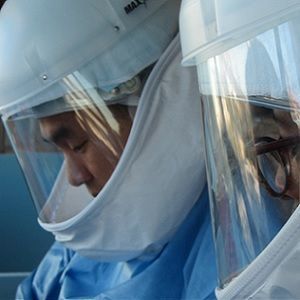 Share
Download PDF
The Chicago Ebola Response Network's (CERN) response to the Ebola epidemic in 2014-2015 has provided a roadmap for how a regional public health network can anticipate and manage public health emergencies, according to a study published in the journal Clinical Infectious Diseases.

CERN — composed of Rush University Medical Center, University of Chicago Medicine, Lurie Children's Hospital and Northwestern Memorial Hospital — was formed in October 2014 and coordinated by the Chicago Department of Public Health (CDPH) to receive and manage suspected cases during the Ebola virus epidemic.

"Managing events in a geographic region like Chicago, or Los Angeles, is largely impractical for any one organisation," says the study's lead author Dr. Omar Lateef, chief medical officer and associate professor at Rush.

Each CERN hospital formed a core care team to take care of any suspected Ebola patients. Core care teams are small groups of physicians and nurses with expertise in intensive care and infection control supplemented by other clinicians from key support areas. All were rigorously trained in the special precautions to protect against becoming infected with the virus and how to provide any needed care for a patient infected with Ebola.

CDPH conducted screenings for Ebola symptoms at Chicago O'Hare International Airport, emergency departments of hospitals, urgent care centres and clinics. Persons suspected of being infected with Ebola were immediately referred to one of the four CERN hospitals for additional evaluation. If one of the four CERN hospitals accepted a person under investigation, the facility was placed at the end of the rotation for the next patient allowing the hospital time to replenish resources including special personal protective equipment used in evaluation and care.

"When we started, the initial individuals suspected of Ebola exposure required six hours of preparation and isolation at the hospitals," Dr. Lateef notes. "With experience, we evaluated the last three people in less than one hour."

"The Ebola virus epidemic was a rare and unexpected event, but it is almost certainly true that another rare and unexpected event awaits, whether a new pandemic such as influenza, or a highly infectious respiratory virus such as measles," says Lateef. "Creating networks that can enable a rapid response will be critical to protecting the public health in these situations."

«« Antibiotic Prescription Variation Down to Individuals

End-of-Life — Why These Conversations Matter

The original Obamacare proposal sought to grant compensation for physicians for providing counselling to patients about living... Read more

Spirituality and Physician-Family Meetings in the ICU

While religious or spiritual concerns are discussed during family meetings in intensive care units, healthcare professionals only... Read more

healthmanagement, Ebola, epidemics, infection control, public health, critical care The Chicago Ebola Response Network's (CERN) response to Ebola epidemic in 2014-2015 has provided a roadmap for how a regional public health network can anticipate and manage public health emergencies, according to a new study.

Intended to assist in the placement of an endotracheal tube during difficult or emergency airway access procedures where visualisation of the vocal cords is not possible secondary to secretions, blood and/or anatomic anomalies.   Features and...

Intended to establish emergency airway access when endotracheal intubation cannot be performed.   Features and benefits Airway access is achieved by using the Seldinger technique via the cricothyroid membrane. The airway catheter is...

In India, the challenges of COVID-19 are exacerbated by the density... Read more

Getinge to become CO₂ neutral by 2025