Share
Download PDF
How much does it actually cost to treat sepsis in the ICU? Almost €30,000 according to a study presented at the European Society of Intensive Care Medicine (ESICM) congress in Barcelona last week by Marlies Koster-Brouwer, from the University Medical Center Utrecht in the Netherlands.

Koster-Brouwer observed that few studies have specifically investigated the costs of sepsis in the ICU. Several characteristics are believed to be associated with increased healthcare costs, such as advanced age, surgical admissions, typical site of infections. Previous analysis, however, from the 1990s mostly relied on administrative data or did not estimate data for individual patients.

Cost analyses are important in order to  help policy makers to develop cost saving strategies, and assist clinicians to make informed decisions about treatment of patients. The study aimed to estimate the total healthcare expenditure associated with treatment of patients presenting with severe sepsis and septic shock to the ICU, and investigate to what extent patient and illness characteristics explain variability in costs between patients.

Data was collected in a multicentre study that included adult ICU patients admitted between January 2011 and October 2013. The inclusion criteria was patients admitted with severe sepsis and septic shock, and with post hoc infection plausibility of probable or definite. 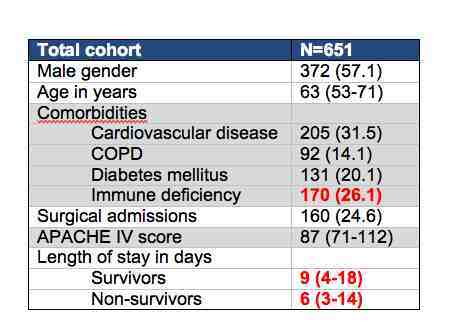 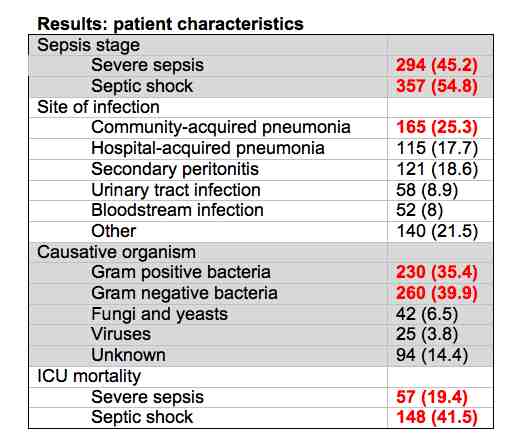 As the study wanted to assess the data from a healthcare perspective all costs generated in the ICU were considered sepsis-related, and surgical procedures only if source-control. Resource utilisation was composed of accommodation (fixed price - including staff that were not healthcare-related), and diagnostic procedures and therapeutic interventions (bottom-up micro costing). Thus the study investigated all resources used for individual patients and valued them individually in order to enable analysis of variability between patients.

Costs are, if applicable, expressed in median (IQR)
* Only source-control procedures were included
** Mean costs per admission were €350 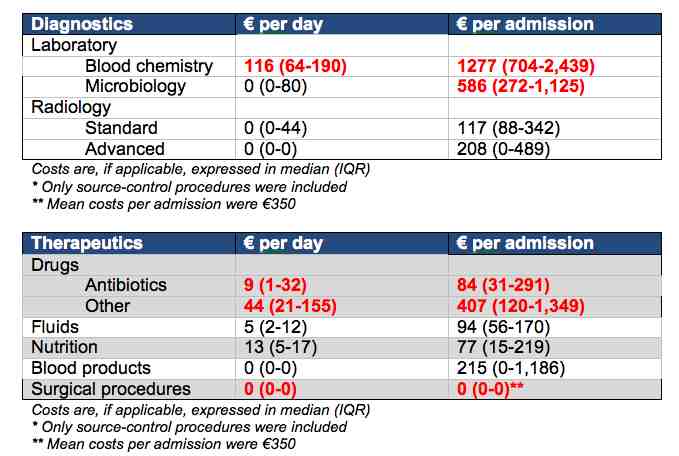 Costs in the first two days after admission are significantly more costly than consecutive days (€500 vs. €289 for therapeutic interventions; €553 vs €204 for diagnostic procedures).

The researchers used a multivariable model to look at variability in costs. They found that age or APACHE IV score was not independently associated with costs. The only variables associated with costs were the presence of septic shock, which had higher costs per admission . Looking at site of infection urinary tract infections were cheaper than community-acquired pneumonia. Immune deficient patients have higher costs. 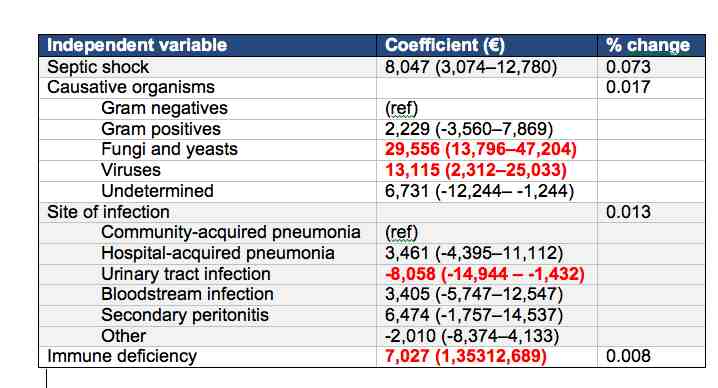 As sepsis rises in incidence and severity the societal burden of the disease will increase, concluded Koster-Brouwer. Healthcare expenditures for sepsis in the ICU are poorly predictable by patient characteristics, however, limiting the development of potential cost-saving strategies.

ESICM 2014: We Need to Talk: Morbidity and Mortality

ESICM 2014: What Do ICUs in Research Networks Have in Common?

Sepsis, ESICM 2014, cost analysis, health costs How much does it actually cost to treat sepsis in the ICU? Almost €30,000 according to a study presented at the European Society of Intensive Care Medici