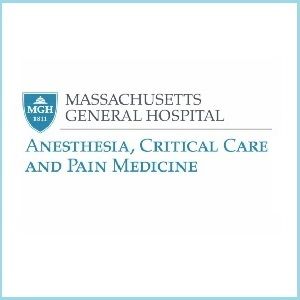 Share
Download PDF
In a series of studies, Massachusetts General Hospital's researchers have observed the differences in the way common anaesthetics affect the brains of older patients and children — findings that could lead to ways of improving monitoring technology and the safety of general anaesthesia for such patients.

Emery Brown, MD, PhD, and Patrick Purdon, PhD, both of the MGH Department of Anaesthesia, Critical Care and Pain Medicine, lead a research team investigating the neural mechanisms of general anaesthesia. The team has in recent years identified EEG (electroencephalogram) signatures indicating when patients lose and regain consciousness and the EEG patterns ("oscillations") produced by specific drugs while patients are unconscious. In young adults, anaesthesia-induced unconsciousness is associated with medium frequency (around 10 Hz) EEG oscillations called frontal alpha waves that are highly synchronised between the cerebral cortex and thalamus, a pattern that is believed to block communication between these areas of the brain.

More recently, the same MGH team conducted two studies — published in the British Journal of Anaesthesia — that are the first to take a detailed look at anaesthesia-induced brain changes in older patients. One study analysed detailed EEG recordings of 155 patients aged 18 to 90 receiving either propofol or sevoflurane. It found that the EEG oscillations of older patients were two to three times smaller than those of younger adults with reduced occurrence of frontal alpha waves. The cortical/thalamic synchronisation occurred at slightly lower frequencies in older patients, who were more likely than younger patients to experience a state called burst suppression that reflects profoundly deep anaesthesia at lower doses. The other study, led by MGH anaesthesiologist Ken Solt, MD, found that older animals took two to five times longer than younger animals to recover from equal anaesthetic doses and observed similar age-related differences in EEG patterns as seen in the patients.

Another study appearing in the same issue of BJA examined EEG patterns of 54 patients ranging from infancy through age 28 during anaesthesia with sevoflurane. Results showed that anaesthesia-induced EEG signals tripled in power from infancy until around age 6 and then dropped off to the typical young adult level at around age 20. Frontal alpha waves were not observed in children under the age of 1, suggesting that the brain circuits required for cortical/thalamic synchronisation had not yet developed.

Drs. Brown and Purdon were also co-authors of an eLife study led by Boston Children's Hospital investigators Laura Cornelissen, PhD, and Charles Berde, MD, PhD, that detailed the EEG activity of infants 6 months and younger, showing how their patterns evolved toward those more typical of adults over just a few months.

"It appears as though the structure of anaesthesia-induced brain dynamics mirrors brain development in children, with different brain wave patterns 'turning on' at ages that coincide with known developmental milestones," Dr. Purdon points out. "In older patients we see a similar effect but in reverse, with certain brain waves decaying in a manner consistent with brain aging."

Understanding how the brain's responses to anaesthesia change with age, Dr. Brown notes, "allows us to provide personalised, patient-specific strategies for monitoring the brain and dosing the anaesthetics, thereby moving us closer to side-effect free anaesthesia care."

Patients with Seizures - How to Diagnose and Treat

A portable system to detect traumatic brain injury (TBI) has been developed in Norway. The helmet-based system can run EEG tests... Read more

The World Federation of Societies of Anaesthesiologists (WFSA) has officially launched an online resource tool that maps the... Read more

healthmanagement, brain, anaesthesia, brain aging, electroencephalogram, EEG In a series of studies, Massachusetts General Hospital's researchers have observed the differences in the way common anaesthetics affect the brains of older patients and children.