Brexit's Brutal Blow to the NHS

It’s 8am. Two junior doctors, one English, the other Italian, embrace in tears on the steps outside their hospital. We’ve saved lives together, lost patients together, run cardiac arrests, sought to comfort grieving families, seen patients make miraculous recoveries, witnessed death at its most unforgiving and ugly - all of it together. But as of June 23, 2016, while one of us remains fully entitled to be a doctor in England’s National Health Service (NHS), the other may be stripped of her right to live and work here.

Brexit is a brutal blow for one of the most cosmopolitan of UK workforces. The NHS is an extraordinary melting pot of nationalities, and all the richer for it. On my ward alone, the doctors and nurses making up the team are British, Spanish, Nigerian, Portugese, Canadian, Kiwi, French and Filipino. Overall, up to 35 percent of health professionals come from outside the UK, with 55,000 of the NHS England’s 1.2 million staff being citizens of other EU countries. Small wonder one of the UK’s most senior economists, Stephen Nickell of the Office for Budget Responsibility, has stated that the NHS would be “in dire straits” without migrant workers. 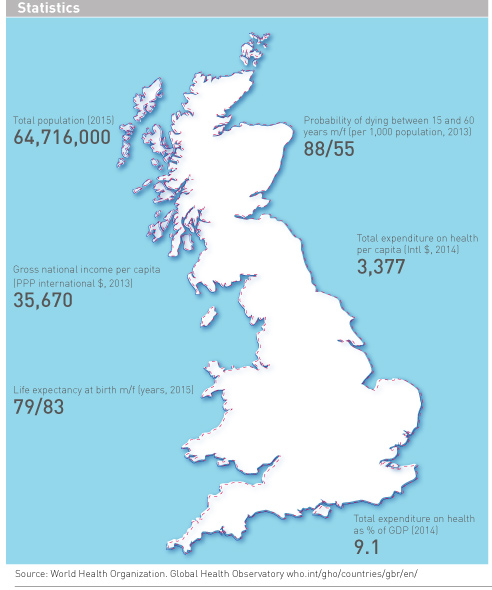 Much was made of the ephemerality of the Leave campaign’s 350 million pounds a week promise to the NHS in the event of Brexit – a pledge that lasted barely an hour beyond the referendum result before pro-Brexit UKIP leader Nigel Farage dismissed it as a ‘mistake’. Worse, our underfunded NHS now faces potentially catastrophic financial consequences of Brexit. But the most immediate threat to the NHS is not financial but human: the risk that members of its most precious, most undervalued asset—its workforce—may now wonder what on earth they are doing here in the UK.

Already, nursing and medicine in the UK are perilously understaffed. Every day, in every hospital, doctor and nursing rotas are riddled with gaps—unfilled slots—leaving patients exposed to dangerously overstretched staff. If patient safety matters, we simply cannot afford to lose any more doctors and nurses. Yet now vast numbers of them have been made to feel unwelcome and unwanted: first by a campaign based on prejudice, propaganda and xenophobia, second, by the fact that the majority of voters actually embraced this narrative of fear.

We have a long and grubby history of politicians and newspaper editors exploiting Britons’ love of the NHS to indulge in immigrant bashing. You know the drill. Why can’t you get an appointment at your GP? Because hordes of migrants are clogging up the surgery. Why have you been denied your ground-breaking cancer drug? Because all those brazen ‘health tourists’ are screwing us out of scarce NHS resources.

The irony is, the NHS’s job of caring makes it in one sense our most egalitarian institution. In death lies the ultimate equality and, when treating sick patients, you are only one step removed from that. Medicine transcends difference. Hearts still pump, blood still flows, whatever skin they’re clothed in. My job is to help people, irrespective of race, religion, sexuality, nationality. When you lie before me in a hospital gown—vulnerable, frightened, disorientated, in pain—as your junior doctor I don’t care if you are English, Spanish or Outer Mongolian. You could be a communist, a Scientologist, a Prime Minister, an axe murderer. You could even be UK Health Secretary Jeremy Hunt and still I would treat you the same.

Doctors, like nurses, treat one thing alone, the patient, the person in front of them. The values that infuse an NHS ward - kindness, tolerance, decency, humanity - should surely be writ large? I thought my country was inclusive, allembracing. I’ve never felt more foreign. To my non-British colleagues, every one of you an asset to the NHS, I’m sorry, so sorry, please stay.

The Leave the EU campaigners claimed “We send the EU 350 million pounds a week. Let’s fund our NHS instead.” Peer360 surveyed acute hospital managers and health professionals, and the results represent 73% of NHS hospital trusts. Most believed that Brexit would impact on the whole negatively on UK healthcare, not only in terms of funding and staffing, but also potentially on healthcare IT upgrade projects.

Reference: Peer360 (2016) Brexit: where are my NHS funds? [Accessed: 20 October 2016] Available from peer60.com/report/brexit-impact-on-nhs-healthcare

“Currently a quarter of our doctors come from overseas. They do a fantastic job and the NHS would fall over without them. When it comes to those that are EU nationals, we’ve been clear we want them to be able to stay post-Brexit.” Jeremy Hunt, Secretary of State for Health, speaking to the Conservative Party conference in October 2016, where he announced 1500 more training places for doctors from September 2018. (gov.uk/government/news/up-to-1500-extramedical-training-places-announced) 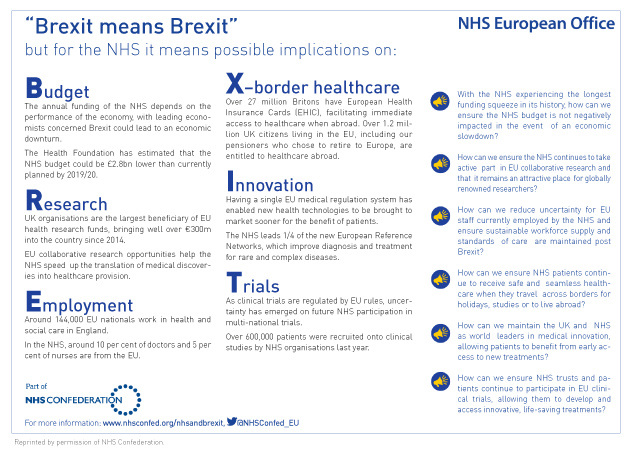 From command and control to modern approaches to leadership

Historical command and control approaches to leadership fail in building relationships and engendering engagement and thus do... Read more

Prof. Flavia Machado has recently been welcomed to the Editorial Board of ICU Management & Practice by Editor-in-Chief, Prof. JeanLouis... Read more

What Can Psychologists Do in Intensive Care?

As awareness has grown of the great distress intensive care patients may suffer, units have begun recruiting psychologists to... Read more