One of the world’s most advanced hospitals, the new Royal Adelaide Hospital (RAH) in South Australia, will officially open its doors next Tuesday.

The $1.71 billion facility reached technical completion in March and has accepted its first patients ahead of its September 5 opening.

A leading Australian health architecture firm has focused on patient experience to re-engineer the whole concept of how a hospital works. Designed by Silver Thomas Hanley in joint venture with Design Inc and constructed by Hansen Yuncken Leighton Contractors as part of a Public-private partnership (PPP) model, the 800-bed hospital will care for an estimated 85,000 inpatients and 400,000 outpatients each year.

The RAH, in the South Australian capital Adelaide, is set to be the epicentre of the state’s health system and is reportedly the third most expensive building in the world. It will replace the old Royal Adelaide Hospital established in 1856.

“The Royal Adelaide is intended to be the jewel in the crown of that restructured statewide service,” Silver Thomas Hanley Managing Director Ernest Girardi said.

“They were very clear in the way they wanted the facility to operate, about the model of care and the brief encapsulated a number strategies, which will enable them to deliver services differently, more effectively and in the long-run better for the consumer, the clinicians and the treasury. We re-engineered the whole concept of how a hospital works right down to the bedrooms.”

The new building design features landscaped gardens accessible within two minutes of each of the 800 patient rooms and stacked units to enable efficient up and down rather than lateral clinical movement.

The RAH also features a number of technological advances including a fleet of 25 Automated Guided Vehicles (AGVs) to transport food, linen, waste and stores around the hospital and advanced tele-health facilities enabling staff to consult with colleagues and patients across the state. State-of-the-art wireless technology and equipment features tracking capabilities so it can be located quickly and easily, and the biggest pneumatic tube system in an Australian hospital is designed to speed up diagnosis and treatment by rapidly delivering critical supplies like blood samples and medicine.

As the centre of the South Australian health system, the hospital will be equipped to respond to major disasters and will play a significant role in the state’s post-disaster management strategies. These include response to chemical spills, infectious outbreaks and a 48-hour “island mode” operation in the event of an earthquake.

In a bid to recue energy costs, traditionally some of the highest overheads in healthcare, passive solar design will ensure that the use of natural light is maximised throughout the hospital, particularly in high-traffic areas and patient rooms. This means taking advantage of sunlight to help to minimise the need for artificial heating and cooling and maximise energy efficiency.  On-site waste heat generation will contribute towards the hospital’s energy requirements.

It is set to become one of the largest health and life sciences clusters in the southern hemisphere. 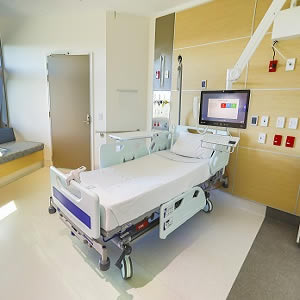 The long-term objective is for the facility to be paperless with all medical records, orders for pathology and medical imaging to be dealt with through devices and computers.

“It’s a very clever integrated engine that’s been developed by our team, which is designed to provide technological access to all aspects of the facility”, Girardi said.


What is Dyad Leadership Model and Why Do Execs Swear by it? »»