Teleradiology - Evolution and Use

Ahmed Serafi is the founder of the International Radiology Centre, Dubai and Professor of Radiology, Suez Canal University, Egypt. He has been working in the field of telemedicine for more nearly two and a half decades. Prof Serafi spoke with HealthManagement.org to share some of his experience with telemedicine, how it has changed over the years, and why it’s so crucial a tool today. 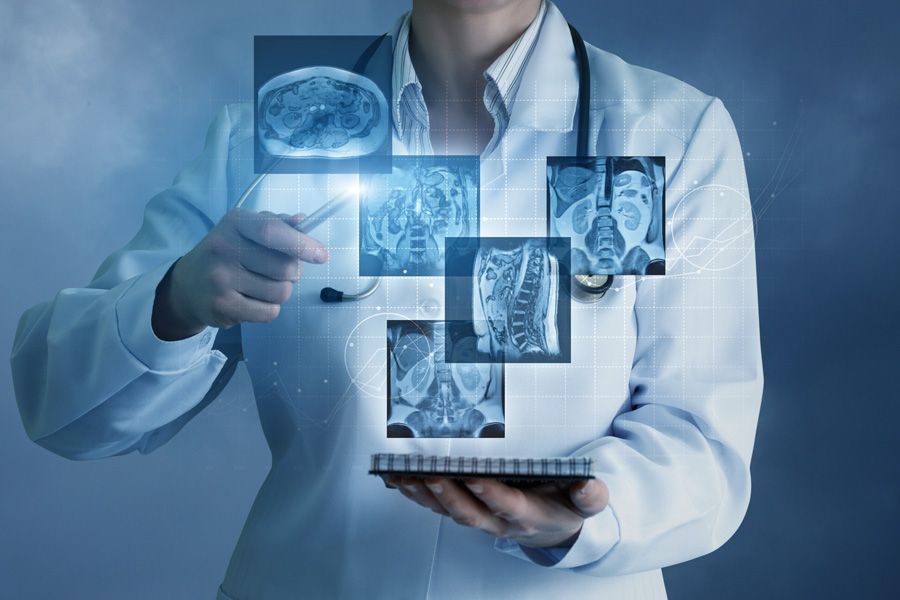 What are your general thoughts about telemedicine and where do you think telemedicine is going, in particular radiology and reading images, and how has it evolved?

My first experience with telemedicine was in 1996. At the time, I was a lecturer of radiology in Suez Canal University in Egypt. I had started a CT service in my hometown, Port Said, which is 200 kilometers from Cairo, where I lived. I only commuted two or three days a week, working remotely the rest. EpicCare, a company working with Kodak at the time, launched a product at RSNA called “Readwork” which enabled image transmission from one site to another using phone line fax modems.

So this was very high-tech at the time?

Well yes but I wondered if it was really possible, so I sat with them to hear about it. We got the very first system in the Middle East and Africa in 1996. This enabled us to report cases as they were being scanned. It was very slow transmission with brain CT taking up to half an hour to transmit 10 to 12 images. Still, it was progress and I know it saved lives.

How was it first received by those in the medical community?

I wrote a paper about it and the committee reviewing it was in agreement that it had no value in radiology and disqualified it. Like many things in medicine and academia, adoption and even acknowledgement can be slow.

What benefits does teleradiology provide?

One immediate benefit can be seen in something that’s on everyone’s minds lately – the pandemic. With staffing challenges, if it weren’t for teleradiology and remote reporting, we would not be able to sustain our business under these conditions. It’s a crucial part of our daily practice and it will continue to grow.

In a broader sense, for the radiologist, teleradiology will provide more work opportunities and flexibility both for the times of day they work and where they live. They’re not tied to standard 9 to 5 hours or a proximity to a radiology facility. They could be at their home office, or group practice for teleradiology and reporting for several other facilities.

From the start though, the benefit I recognised was the ability to get diagnostic results as soon as possible to that patient 200 kilometres away because there was no one else doing that. We are still benefiting patients by saving time and travel, but we’ve also increased the quality of reporting available as well. Now, with the availability of experienced and subspecialised radiologists doing readings, you’re offering that patient the best options for an accurate diagnosis by putting it in front of the needed specialist. It also is a benefit for me as a business owner. I can’t afford to have all the different specialists at my facility waiting for a case to come in once or twice a week. But I can work with them through teleradiology.

What are the economics of this?

Although peer reviews and second reads are not a requirement in our part of the world, we’re doing second reads for 100% of our MRI and CT studies. We do this without breaking the bank because outsourcing teleradiology service, especially for general reads, is quite affordable. It only gets expensive when you’re going for specialised reads or very specific body parts that need particular experts. But for general reads it’s been economically feasible, and definitely gave us a good name and a good reputation.

There have been some very smart innovators. For instance, EBM Technologies has come up with a system called [email protected] that uses iPad Pro as a diagnostic monitor which provides portability at a very low cost and offers exquisite resolution. The system has acquired FDA Class II clearance with iPad Pro displaying three-megapixel resolution for diagnosis, which is good enough for all our x-rays.

It is FDA approved in Japan to be compatible for reading mammography. For us, that was a breakthrough because all you need to ask of your radiologist is to have an iPad Pro that’s configured by EBM through their app, the [email protected], or their UDE (Ubiquitous Diagnostic Environment) and they’re able to read our studies. That made it possible to do our second reads, not only for MRI and CT, which were okay on standard computer monitors, but now we could do it for our x-rays and mammography as well.

So this technology is currently deployed?

Yes. The UDE application allows images to also be stored on the iPad Pros, whereas [email protected] reads the images from servers. It’s important to note that both are vendor neutral and work with all PACS. UDE is basically a server plus viewing diagnostic monitor solution all in one. For a radiologist who wants to be free, it is a dream come true. Think about it – the iPad then is your back server, your workstation and your diagnostic monitor. Now that is something I could not have imagined back when I was writing the paper that got rejected!

Recruiting a Retired Physician: Our Experience

An overview of a physician’s journey and the impact of retirement and a presentation of an example of an anaesthetist who... Read more

Health Inequity in Radiology and Solutions for a More Equitable Future

An overview of imaging policies that contribute to health inequity and solutions to ensure treatment decisions are free from... Read more

With the URIS, the Moscow Health Care Department Has Laid the Foundations for Connected Care

Expansion technology is a step forward in efforts to treat complex diseases and in cancer and Alzheimer’s research. The technology... Read more

Competency: Is It the Wonder ‘Drug’?

In the world of modern healthcare, especially since the start of the COVID-19 pandemic, the understanding of interaction... Read more

Teleradiology - Evolution and Use

Ahmed Serafi is the founder of the International Radiology Centre, Dubai and Professor of Radiology, Suez Canal University,... Read more