Stockholm is cranking up the volume when it comes to life science opportunities. For healthcare, for the life science industry and for researchers. But most importantly – for you and me as future or current care recipients.

The city is currently in the process of transforming a former railway depot into a flourishing life science arena. The area is strategically located in the city of Stockholm within walking distance of academic institutions such as Karolinska Institute, the Royal Institute of Technology (KTH ), Stockholm University, Stockholm School of Economics and the Science for Life Laboratory (SciLifeLab). In addition, this new part of the city, named Hagastaden, will bridge the adjacent cities of Stockholm and Solna, where Karolinska Institute along with a large number of life science companies are located, and is built over two major highways. All this will pave way for a new city district with residential areas, parks, culture, commercial spaces with a focus on life science, and the brand new Karolinska University Hospital.

The location, ease of communication and collaborative environment, has already attracted authorities to Hagastaden, which is today home of the European Centre for Disease Prevention and Control (ECDC), the Public Health Agency of Sweden, the Swedish Agency for Health Technology Assessment and Assessment of Social Services, and the Swedish eHealth Agency.

Well, all this sounds great, but haven’t we heard this story before? Major investments (seven billion euros to be specific), major infrastructural improvements and enthusiastic politicians. What is unique in Stockholm and why is this project happening now?

First of all, the baseline: Hagastaden is not emerging from empty facilities and high expectations. We are starting in a region where some 700 life science companies are situated, whereof 75 are located in the middle of Hagastaden. Secondly, Sweden has a long-standing history and good reputation in collaborative science, which have resulted in healthcare blockbusters such as the proton pump inhibitor omeprazole, in medtech devices such as the Gamma Knife® and the pacemaker.

As an increasing share of pharmaceutical research and development moves into biological medicines, the Stockholm region is gaining power within this field. Strong positions in the field of protein research as well as production of biopharmaceuticals have generated a strong industry for Sweden ever since Arne Tiselius and Theodor Svedberg won the Nobel Prize almost a century ago (Norrby 2010). In 2015, the Stockholm region’s exceptional competence and know-how have attracted a number of investments, both nationally and internationally. Placing hopes and investments in Hagastaden and the greater Stockholm region is not a coincidence.

In May 2015, AstraZeneca announced plans to invest approximately 285 million dollars into a new hi-tech facility for manufacturing of biological medicines in their site south of Stockholm. The new facility will supply medicines for clinical trial programmes of AstraZeneca and MedImmune from the end of 2018, and will deliver finished products for commercial use once fully operational by 2019.

In December 2015, GE Healthcare Life Sciences announced a 100-million-dollar investment in its facility in Uppsala, a city in the Stockholm region, to double manufacturing capacity for chromatography media. Today, GE Healthcare's Uppsala facility produces 250 different types of chromatography media, which are used in the purification of more than 90 percent of all biopharmaceuticals approved by the U.S. Food and Drug Administration.

Only a week later, the Knut and Alice Wallenberg Foundation, Sweden’s largest private research funding body, along with AstraZeneca and three Swedish universities, declared that they would invest 55 million dollars into a protein research centre focusing on mapping proteins, which are secreted by cells and identifying new protein-based targets for compound development, as well as developing new methods for production of therapeutic proteins. Simultaneously, the Swedish government is to provide another 35 million dollars for open calls within protein research and development of biological therapeutics. 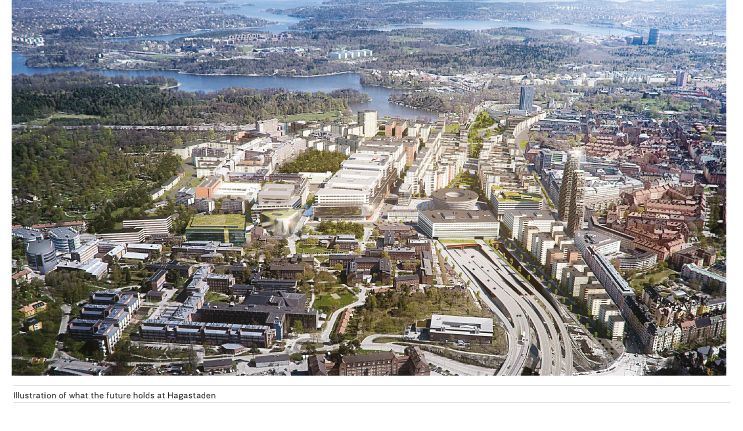 These investments (475 million dollars in total) are proof of the region’s strength within protein research and manufacturing of biopharmaceuticals and will also secure Stockholm’s future position within the field of life science in general and protein science in particular. 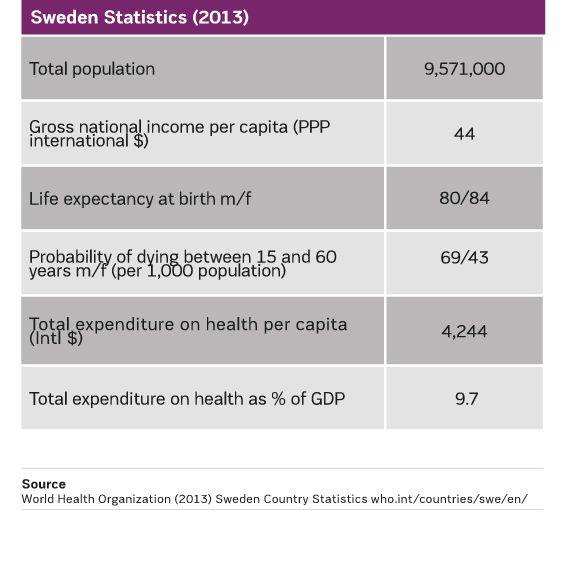 Hagastaden is already a hotspot in this context, and with ongoing development it will be the place for highly specialised healthcare and the workplace for some 50,000 people. It will also be home for even more people as 6,000 new flats are to be built, and a place for culture and recreation for many. The corner pillars of Hagastaden are based on healthcare, industry, academia and city residents. It will be a flourishing part of our capital pulsing with life 24 hours a day, seven days a week. In 2025, Hagastaden will be fully developed, but who knows, maybe the next Svedberg or Tiselius is already here?

Responsible research innovation – heard of that before?

A reminder about who is at the centre of the complex healthcare hierarchy and industry – the patient.   In May I... Read more

Over the past few months I have discussed my book, Red Pill , with a range of colleagues and shown chapters to a few. As the... Read more

Download Teams in Healthcare infographic by using the link at the end of the page. Read more

Radiology in the Care Continuum