THE IMPORTANCE OF CULTURE 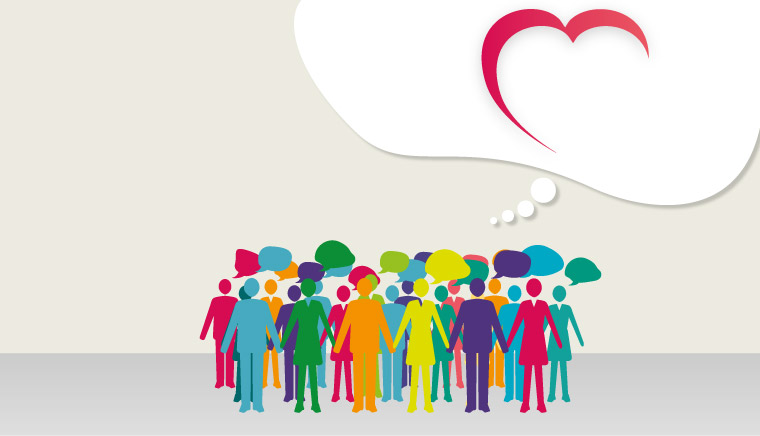 When Minnesota Heart merged with University of ‏Minnesota Physicians, the cardiovascular service ‏line was branded and redesigned, which involved ‏integration of services across the academic medical centre ‏and community hospitals and clinics. HealthManagement.org spoke to Rebecca Stepan, who was Director for Clinical ‏Quality at the time, about the factors that led to a successful ‏re-design.

How did you start to redesign the quality structure of the cardiovascular service line?

When the service line became the University of Minnesota ‏Health-branded service line, Debra Rudquist was appointed ‏the service line executive and I was hired to manage quality ‏and to grow a quality team across the whole service line. This ‏was done with partners on the academic medical centre side ‏and on the community side. The focus was first on integration ‏and the teams were called horizontal integration teams.

‏We knew that there would be a lot of culture work to do ‏before we could move forward with improvement. The culture ‏and practices are quite different between academic medical ‏centres and community health services – for example in ‏relation to prevention, intervention and surgery. We needed ‏to come together and find common ground. For at least the ‏first six months of my 18 months on the programme I worked ‏on the culture and integration. The quote from Peter Drucker, ‏“Culture eats strategy” is well known. No matter how we ‏would have strategised the new structure, if we didn’t have ‏the culture first this would have failed and our leadership ‏recognised that.

Our first focus was on patient access and satisfaction. ‏We focused on services across the service line where it was ‏proper for the transfer to occur from a community hospital ‏to a tertiary care centre and for cardiologists to hand off to ‏another sub-specialty. Once we found those common threads ‏we could start working on patient journeys.

How were patients involved in the redesign?

Patient experience was one of our top strategic priorities, ‏and we had a patient experience committee. As well as using retrospective data we worked with a health technology company ‏to get rapid cycle feedback. Using tablet-based surveys ‏we could get live answers from patients, targeted by population, ‏with questions based on new models of access that ‏we were designing in our service line. We also looked at the ‏patient experience across the continuum of care. We targeted ‏patients at admission, at discharge and up to nine months ‏post-treatment. We stratified the results to see if patients ‏were readmitted or admitted to the emergency room (ER), ‏and also to see if patients who had a particular treatment ‏or struggled with medication adherence were more likely to ‏get re-admitted or go to the ER, for example. The process ‏was very much data-driven.

What other challenges were there at the start of the redesign?

One example is finding space and ‏funding for video conferencing rooms. ‏This was important to get everybody ‏involved and engaged and able to see ‏each other, especially the personnel ‏at different hospitals or clinics. That ‏helped a lot when we first got started. It seems trivial, but if ‏you don’t put that in place, the teams just aren’t as robust ‏and not as likely to work together well as a true team.

The redesign project used Lean Six Sigma tools. What did these include?

Value Stream Maps look at waste in a production system, as ‏originally developed by Toyota, GE and Ford. We built them ‏as a patient journey map, and looked at where the patient ‏is waiting, where patients spend time not receiving care. ‏We mapped this as a patient journey to see where there is ‏waste and time spent that is not valuable to the patient. ‏For example, when patients were scheduled for a valve or ‏coronary artery bypass graft surgery there is a lot of preop ‏education and lab work. By looking at the whole day for ‏the patient we found that there is a lot of time where the ‏patients are waiting. Sometimes the labs were scheduled ‏later in the day and they were still fasting, and they were ‏hungry. We were just looking at when it was convenient for ‏the labs, for the nurses and physicians and what worked in ‏our schedule. We were able to rearrange clinic schedules ‏and appointments, so that the patient didn’t have to wait ‏to eat anymore. If you don’t focus on it you are never going ‏to make an improvement. To quote Don Berwick from the ‏Institute for Healthcare Improvement: “You have to change ‏your process to get different results.”

Structural changes were also critical. We produced Team ‏Charters, which included the team purpose, deliverables, ‏membership, reporting and how often it meets. The teams ‏report up to the steering committee and to the board.

What organisational changes took place for the redesign?

The most important was establishing the Performance Excellence ‏Alignment and Knowledge (PEAK) teams. These evolved ‏from the original Horizontal Integration Teams. We inverted ‏the regular organisational chart, where the CEO is at the ‏top, then the VPs, directors and so on. We drew it upside ‏down, so that the board was at the bottom and the PEAK ‏teams were at the top. For the redesign, the PEAK teams ‏had autonomy. Each PEAK team had a community position ‏and an academic position alongside me as quality administrator. ‏The team included nurse representatives from inpatients, ‏outpatients and clinics as well as data abstractors – ‏registries are very important in heart ‏care. We designed with our teams ‏what our improvement efforts were ‏and what we wanted on our dashboard. ‏We reported to the steering ‏committee for the service line and ‏to the board.

These PEAK teams still exist, ‏and they have taken on even more ‏ownership of the work. The credit for ‏the idea of the PEAK teams goes to Dr. David Laxson, a cardiologist ‏at the University of Minnesota Health. He coined ‏the term, as he saw that we were moving beyond integration ‏and it was time to start striving and working at the top ‏of that Maslow hierarchy of needs. Service Line Executives ‏Dr. Laxson, Debra Rudquist and our quality physician leaders ‏Dr. Stephen Battista, Dr. Robert Bache, and Dr. Ganesh ‏Raveendran gave us the vision of getting up to the peak and ‏staying there.

What was the most important lesson learnt from this process?

The dynamic between culture and strategy is so important. ‏We thought the strategy would be most important, but we ‏recognised that strategy is part of culture and we needed ‏to spend time on the culture rather than just get up and get ‏going. We had to be patient, get the structure in place. This ‏is what contributed to the PEAK teams being able to thrive, ‏and the structure of the teams directly impacted the care, ‏the quality improvements projects, what we were measuring. ‏If you don’t measure the right things then you will never ‏know you are not improving the right outcome. We saw our ‏outcomes improve by having the multidisciplinary PEAK teams ‏as part of our strategy after the work on the culture. This ‏happened in 18 months overall.

Rebecca currently works for Transplant Services, where they ‏have successfully replicated the same model. The intent is to ‏emulate the model now in perioperative and other services. ‏