Healthcare is in constant change. Today the change is driven by the patients. Access to patient data has changed the way healthcare is delivered, where it is delivered and who delivers it. A lot has already been achieved, and although there is still long way to go, the result will be the truly person-centric healthcare.

Healthcare is in constant change, and currently we are going through the patients’ revolution. Patients have been the passive receivers of healthcare services for many years. Just a few decades ago, the most common were communicable diseases. Attitudes towards health – and lack of it – were long thought to be determined by some supranatural power, or god, leading to the belief that the restoration of health also depended on some supranatural sources and had little or nothing to do with one’s own behaviour. That was precisely the role of the gods, like Asklepios in ancient Greece, or of a doctor in the more recent past. The relationship was unidirectional and characterised by what we would call today information asymmetry.

In recent years, with the change in the epidemiological profile of the population and the emergence of chronic conditions, the role of patients has started changing progressively. Epidemiological studies highlighted the importance of lifestyle at the onset and in the progression of diseases, and therefore, the role of the patients’ behaviour became more and more relevant. Cigarette smoking was recognised as the cause at the time of the new lung cancer epidemic. In the 1950s, the first studies were performed comparing the risks for smokers and non-smokers and the evidence about the relationship was clear. Patient behaviour, in this case smoking, was associated with an increased risk of cancer. Other cases followed. The investigations and clinical practice were led by a number of cross-sectional epidemiological studies that showed the differential risk between smokers and non-smokers. These were supported by longitudinal studies, which were able to show not only an association but also the causality of the relationship. Clinical practice began to follow scientific evidence with The Cochrane Collaboration leading the way.

Obesity, sedentarism and exposure to stressors were also examined in relation to several chronic conditions, such as diabetes, cardiovascular disease and others. My own PhD thesis, published 20 years ago, studied the relationship between alcohol consumption and several health outcomes. Studies like this became sophisticated and looked at characteristics beyond a 0-1 model – smoking and not smoking, drinking and not drinking. They aimed to disentangle the relationships and to understand other aspects of the unhealthy behavioural pattern, such as social circumstances, the amount and the frequency, and to determine the thresholds and better understand the biological and psychological mechanisms explaining such correlations. Those studies were often the result of robust epidemiological research, much of which was based on self-reported population data collected longitudinally. Thousands of people were systematically monitored for many years, and their disease profiles were then collected and compared. The Framingham Heart Study is nowadays considered one of the longest and most important epidemiological studies in medical history. In the 1960s, this study demonstrated the role of cigarette smoking in the development of heart disease. The evidence resulting from such studies was, however, conclusive when the results were clear, although the methodological limitations were largely discussed in a dedicated section, which included the extrapolation of patient self-reported data to the actual consumption.

In any case, these studies represented a milestone in the history of medicine, and in the way medicine would be practiced. Patients were no longer passive receivers of medical treatments; they were held responsible for both the onset and the progression of their own diseases. In parallel to the traditional medical approaches, which included pharmacological treatment or surgical interventions, lifestyle changes were then suggested as part of the interventions, in some instances being as or even more effective as the latter.

Electronic Health Records (EHR) represented a breakthrough in the field, and through these systems access to systematic data from patients’ encounters with healthcare providers was granted. Soon, and as data became valuable, quality of captured data improved and systematic analyses were made easy and accessible.

However, these still had considerable limitations, especially because Electronic Health Records, while being good at registering changes in weight, body mass index or smoking habits, remained disconnected from patients’ everyday lives. The issue was again, technically speaking, easy to solve with the introduction of connected devices and the Internet of Things in the medical field, which gave the possibility to have even more data points regarding patient behaviour outside medical offices.

Nowadays, for example, it is not only already incorporated in the clinical guidelines but is also public knowledge that walking 10,000 steps a day is associated with a reduction in cardiovascular risk compared to more sedentary lifestyles. To add to this ‘data collection fever’, medical devices are able to monitor our sugar levels not only when we take measurements, but also through connected devices allowing for continuous glucose monitoring. Therefore, the ability to adjust the clinical guidelines and recommendations is much finer than it was when data were scarce. Patient-reported outcomes and real-world data have emerged as relevant indicators to measure, monitor and, of course, manage patient health. 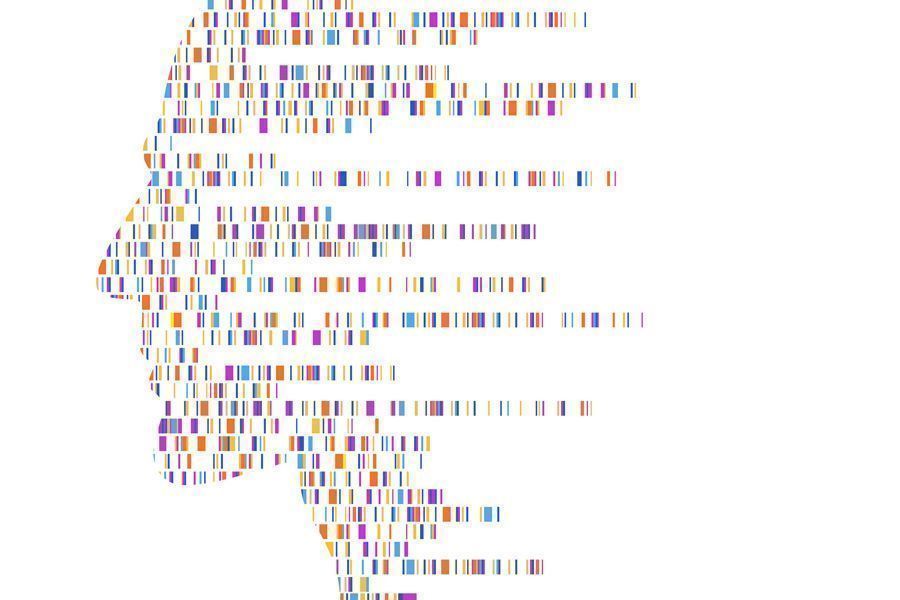 This data-driven healthcare is at the core of the patient revolution, and technology has certainly enabled this revolution, as is elaborated in this article. There is, however, a long way until we translate this knowledge into better outcomes for patients and much-needed efficiency gains in the healthcare system and at the societal level. Successful applications and sustained healthy lifestyle changes have been studied and led to important advances in the patient activation movement, for example, aiming at describing the patients’ stages, connection and commitment in their healthcare journey.

It seems clear that healthcare will continue to be data-driven. However, patient centricity should be at the core of this data-driven movement. Progress is needed in the following areas:

1) Patients are more than numbers. Patients’ psychological and emotional aspects are core to their well-being, together with their physical health or their more or less objective data. Health, according to the definition used by the World Health Organization since its foundation in 1948, which is still valid and relevant today, is a state of complete physical, mental and social well-being and not merely the absence of disease or infirmity. It is not just physical; the emotional and psychological aspects are certainly important when translating data and numbers into actionable and sustainable lifestyle changes directed at the primary or secondary prevention of chronic health conditions.

The first important hurdle is how to translate this knowledge about patients’ behaviour negatively affecting their health into sustainable behavioural changes that support healthier outcomes. It is certainly good to know that 10,000 steps reduce cardiovascular risk, but how do we engage with patients to achieve these? How do we engage with patients to reduce and maintain their body mass index within the limits? How do we engage with patients to adopt and sustain healthy lifestyles? Behavioural economics is the field that studies the effects of psychological, cognitive, emotional, cultural and social factors on the decisions of individuals, and in recent years it has been applied to health-related behaviour. Advances in this field are expected to improve patients outcomes as well as compliance and adherence not only to medications but also to lifestyle changes.

2) The patient revolution is led by patients who believe that a one-size-fits-all approach to healthcare does not match their needs and that there is room for improvement in patient outcomes and in the much-needed efficiencies in the healthcare system. This revolution has, however, a domino effect and requires adaptation of the healthcare delivery system as a consequence. Healthcare is not only provided by traditional healthcare professionals working in hospitals or other healthcare facilities, such as doctors, nurses, physiotherapists. It also includes any other professional who supports people (not only patients) protecting their health, e.g. clinical nutritionists, health coaches, health psychologists, or personal trainers. This certainly creates both challenges and opportunities as healthcare becomes an integral part of living and not a disconnected exercise of encounters with the healthcare system. The first question is the recognition of these professionals as ‘healthcare providers’, and reimbursement of their services as a consequence. This is, of course, easier to achieve in an outcome-based or value-based system than with a fee-for-service model. Physicians’ role has especially changed. They were once in control of most of the medical knowledge – with the above-mentioned information asymmetry – but now are called to integrate and make sense of many diverse and often unstructured data. Machine learning and artificial intelligence supporting medical decisions is starting to gain a place in healthcare, although, returning to the first point, patient-centricity, or rather human-centricity should prevail beyond the numbers.

3) Patients should also have the confidence of the secure, proper and respectful use of their data. Data protection and data security should be granted and should be top on the agenda, and not a side issue in this data-driven and patient-centric healthcare. The detailed review of this topic goes beyond the scope of this article but should be seriously considered when moving forward.

Although this transformation has already begun and has made rapid progress for many of the chronic conditions (diabetes and cardiovascular diseases leading the list), it is lagging behind some others, such as mental health, where there is still stigma, dichotomy in the healthcare continuum, information asymmetry, access difficulties and lack of data. Psychiatrists remain at the centre of the mental health care delivery, and information asymmetry is especially relevant in mental health care. Other mental health professionals, namely psychologists, supporting an increasing number of people coping with anxiety and depression among others, are those acting in primary and secondary prevention and supporting many with physical health challenges and with lifestyle changes. Mental health care delivery remains largely disconnected from the patients’ lives. Data regarding mental health are scare and scattered, and the equivalent of a continuous glucose monitoring device is not available (and may never be). Mental health professionals are still among the late adopters of technologies including electronic health records systems. This, as always, is a challenge but also an opportunity to improve.

The patients’ revolution is here to stay and to bring much-needed improvements in patient outcomes and efficiencies in the healthcare system. Data and technology continue to enable this transformation and need to remain patient-centric to support the patients’ evolution.

Connected Patients/Informed Clinicians: It’s All About Data, Analytics and Technology

Patients and their families today are expecting more transparency and involvement in their care than ever before. They want... Read more

The COVID-19 pandemic has pushed healthcare to move towards consumerism. This change is being driven by patients who are... Read more

From narrative to action The one and only reason that health systems exist, is to make... Read more

Trustworthy health information is a cornerstone of patient/citizen participation in care delivery. Moreover, as the current... Read more