Does Technology Gap Cause Medical Errors? 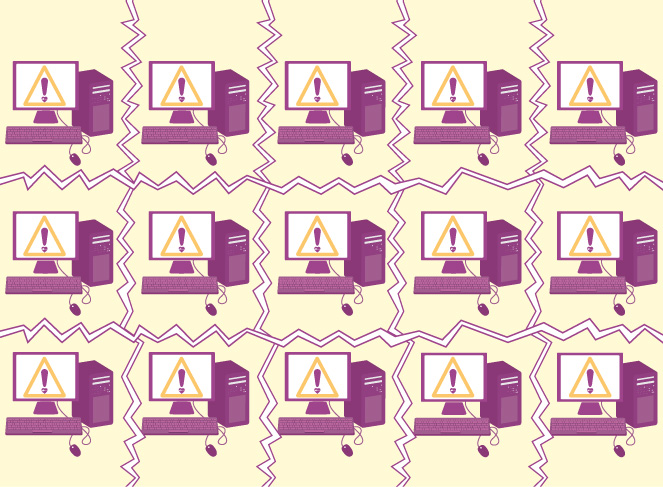 Hardly a day goes by without some new revelation of an information technology mess in the U.S. - whether nuclear weapons updated with floppy disks to needless deaths from medical errors, many of which are caused by preventable interoperability communication errors.

According to a report released to Congress, the Government Accountability Office (GAO) has found that last year the US government spent 75 percent of its technology budget just maintaining ageing computers (U.S. GAO 2016). In a previous report, (GAO-15-817; September 16, 2015) the GAO outlines the lack of health IT interoperability (U.S. GAO 2015), a major factor behind the deaths of hundreds of thousands of patients every year as a result of medical errors. A study from the British Medical Journal (Makary and Daniel 2016) cites medical errors as the third leading cause of death in the U.S., after heart disease and cancer.

• Difficulty in accurately matching all the right records to the right patient;

• The costs involved in achieving the goals;

• The need for governance and trust among entities to facilitate sharing health information.

Meanwhile in an interview with the Massachusetts Medical Society (MMS) blog, Andrew Slavitt, Acting Administrator of the Centers for Medicare & Medicaid Services' (CMS) acknowledges in the CMS interoperability effort “we are not sending a man to the moon” (MMS 2016).

“We are actually expecting (healthcare) technology to do the things that it already does for us every day. So there must be other reasons why technology and information aren’t flowing in ways that match patient care. Partly, I believe some of the reasons are actually due to bad business practices. But, I think some of the technology will improve through the better use of standards and compliance. And I think we’ll make significant progress through the implementation of API’s in the next version of EHRs, which will spur innovation by allowing for plug-and-play capability. The private sector has to essentially change or evolve their business practices so that they don’t subvert this intent. If you are a customer of a piece of technology that doesn't do what you want, it's time to raise your voice,” said Slavitt.

Slavitt then states that CMS has "very few higher priorities" other than interoperability. In addition to Slavitt, two other government entities point their fingers at interoperability as the highest priority. That said, ‘plug and play’ API solutions have been available through middleware integration for years. These are the same technologies that are successfully used in the retail, banking, airline, hotel, and auto rental industries, among many. I will discuss the solution below, but first I would like to address the consequences of lack of interoperability.

Medical Errors Third Leading Cause of Death in US

The BMJ recently reported that medical error is the third leading cause of death in the United States, after heart disease and cancer and as such, medical errors should be a top priority for research and resources (Makary and Daniel 2016). However, accurate, transparent information about errors is not captured on death certificates which are the documents the Center for Disease Control and Prevention (CDC) uses for ranking causes of death and setting health priorities. Death certificates depend on International Classification of Diseases (ICD) codes for cause of death, but causes such as human and EHR errors are not recorded on them. 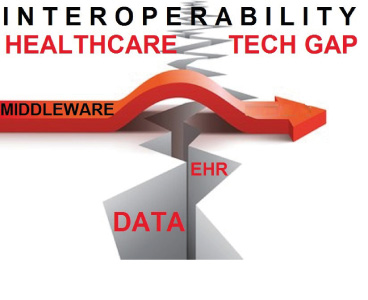 The Root Cause of Many Patient Errors

“Better coding and reporting is a no-brainer and should be required to get to the bottom of the errors so they can be identified and resolved. Unfortunately, the vast majority of medical devices, from EHRs to other healthcare IT components, lack interoperability, with interoperability meaning a built-in or integrated platform that can exchange information across vendors, settings, and device types,” adds Brown (Black Book Research 2016). Various systems and equipment are typically purchased from different manufacturers. Each comes with its own proprietary operating system and its own interface technologies. Moreover, hospitals often must invest in separate systems to pull together all these disparate pieces of technology to feed data from bedside devices to EHR systems, data warehouses, and other applications that aid in clinical decision-making, research and analytics. Many bedside devices, especially older ones, do not even connect to computers and require manual reading and data entry.

The nation’s largest health systems employ thousands of people dedicated to dealing with “non-interoperability.” The abundance of proprietary protocols and interfaces that restrict healthcare data exchange takes a huge toll on productivity. In addition to EHR’s physical inability, tactics such as data blocking and hospital IT contracts that prevent data sharing by EHR vendors are also used to prevent interoperability.

The Devil Is in the Data Distribution

There are numerous areas in hospitals that are particularly vulnerable to deadly errors, such as acute care settings that require a complexity of care, time critical interventions, staffing and the systems that are relied upon to tie these many IT resources together. However, due to the complexities and differences between health data systems, medical professionals are constantly presented with different user interfaces that must be consciously thought about to appropriately gather data as well as capture their decisions and treatment plans.

It is equally important to look at how the data stored in these disconnected, disparate systems is used. Much of the collection of patient, process, quality and financial data in medicine looks like a large jigsaw puzzle with raw data and information fragmented across numerous non-operable EHRs. Connecting these pieces has focused primarily on the transfer of the information to those who request it, a manual and error-prone process that is compounded by lack of interoperability.

Extending the power of health IT depends on understanding the idea of data flow which is critical to the management of entire populations of patients, either within a single clinic, hospital, health system or entire community. We need dynamic data flow connected through ‘smart’ interoperable pipes using middleware technology so we can improve on the care delivered. The flow of data can be as important, or even more important, than the individual data points.

Data flows contain signals and streams which allow automation to take place. When we think of healthcare information technology from the perspective of data flow, we can focus on the overall flow of the patient through the healthcare system. This allows for the design of complex analysis, automation and understanding of data.

While the US technology gap will most likely continue, actions can be taken today to end the needless medical deaths. As government officials continue to fail in taking a leadership role in solving interoperability, health systems operators can easily step up. Integrating EHRs with middleware-driven IT healthcare systems can begin today

Board-certified in anesthesiology and clinical informatics, Dr. Voltz is a researcher, medical educato and entrepreneur. With more than 15 years of experience in healthcare, Dr. Voltz has been involved with many facets of medicine. He has performed basic science and clinical research and has experience in the translation of ideas into viable medical systems and devices.


Technology, medical errors, healthcare IT , GAO
Medical Errors,Technology ,GAO, Healthcare IT The US Government Accountability Office (GAO) has identified a technology gap that could be the root cause to the seemingly unsolvable problem of fatal medical errors.

Addressing the latest developments in sepsis and providing clinically useful information for diagnosis and treatment of patients.

An overview of the role of digital transformation in the healthcare... Read more

Data Integration and Decision Support Along the Patient Pathway

An overview of a decision support platform that offers holistic decision... Read more