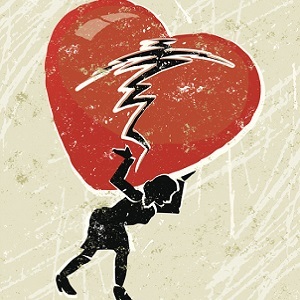 Share
Download PDF
According to new research published in the American Journal of Cardiology, women get half the number of heart attack treatments as men.
When people arrive at the Emergency Department and are suspected of having a heart attack, they are given a troponin blood test to diagnose the cause. Hospitals tend to use a uniform blood test for men and women, which works by measuring troponin in the blood.
The study followed 48,282 people (47% women, 53% men) in 10 hospitals across Scotland, suspected to have a heart attack. An initial diagnosis was made using the same troponin threshold for men and women. They were then re-diagnosed using cut-off values specific for men and women - 16 ng/L troponin in women and 34 ng/L in men. The subsequent treatment they received, and whether they suffered from another heart attack or death one year later, was recorded.
The clinical trial, led by researchers from the University of Edinburgh, sought to understand the impact of using the high sensitivity troponin blood test for heart attacks but with specific thresholds for men and women. This increased the number of women identified by 42%- from 3,521 to 4,991 women out of a total of 22,562 women. This increase meant a similar proportion of men and women were found to have a heart attack or injury to the heart muscle after going to the Emergency Department with chest pain (22% of women and 21% of men).
The researchers found that, despite the improvement in diagnosis, women were about half as likely as men to receive recommended heart attack treatments. This included coronary revascularisation in which a stent is fitted (15% versus 34%), dual antiplatelet therapy (26% versus 43%) and preventative treatments including statins (16% versus 26%). The improvement in diagnosis did not lead to a decrease in the number of women who experienced another heart attack, or died from cardiovascular disease within a year.
The research follows a briefing released two weeks ago by the British Heart Foundation that found a failure to treat women and men equally has led to more than 8,000 women in England and Wales dying needlessly from heart attacks over the past decade. The charity says that a misperception that a heart attack is a man's disease, and unconscious biases in the delivery of healthcare, are leading to delayed treatment and poorer survival chances for women who suffer heart attacks.
Dr Ken Lee, BHF Clinical Research Fellow and study author at the University of Edinburgh, said: "Diagnosis of a heart attack is only one piece of the puzzle. The way test results and patient history are interpreted by healthcare professionals can be subjective, and unconscious biases may influence the diagnosis. This may partly explain why, even when rates of diagnosis are increased, women are still at a disadvantage when it comes to the treatments they receive following a heart attack."
Dr Lee added: "By addressing a biological difference between men and women, we've successfully improved the test to detect more women who've had a heart attack. These women would otherwise be misdiagnosed. It's now important that this blood test, with its specific measures for men and women, is used to guide treatment and that we address these disparities in the care of men and women with heart attack. Women everywhere should benefit from improved heart attack diagnosis."
Source: British Heart Foundation
Image Credit: iStock

«« Statins in Children with Familial Hypercholesterolaemia


Statin Use in Primary Prevention of Atherosclerotic Cardiovascular Disease »»

Cardiovascular disease continues to be the leading cause of death worldwide. Over the years, scientific research and technological... Read more

Women have steeper increases in blood pressure than men throughout their life, and cardiovascular disease presents itself much... Read more

heart attack, British Heart Foundation, gender bias, women in cardiology According to new research published in the American Journal of Cardiology, women get half the number of heart attack treatments as men.

In India, the challenges of COVID-19 are exacerbated by the density... Read more