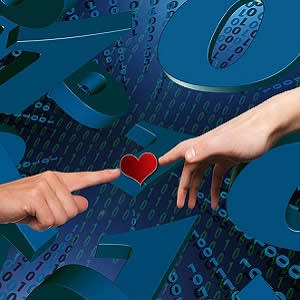 New research finds that heart attack patients with a history of cancer received suboptimal treatment for myocardial infarction and were more likely to die in hospital, compared to those without cancer. The study, published in European Heart Journal: Acute Cardiovascular Care, included 35,249 patients enrolled in the acute myocardial infarction in Switzerland (AMIS Plus) registry between 2002 and mid-2015. Of those, 1,981 (5.6%) had a history of cancer.

For this study, propensity score matching was used to create two groups of 1 981 patients each – one with cancer history and one without – that were matched for age, gender, and cardiovascular risk factors. Researchers compared the proportions of patients in each group who received specific immediate drug therapies for acute myocardial infarction, and percutaneous coronary intervention (PCI) to open blocked arteries. They also compared the rates of in-hospital complications and death between the two groups.

In addition, patients with a history of cancer were more likely to have complications while in hospital. They had 44% higher odds of cardiogenic shock, 47% higher chance of bleeding, and 67% greater odds of developing heart failure than those with no history of cancer.

"Possible reasons could be the type and stage of cancer, or severe comorbidities. Some cancer patients may have a very limited life expectancy and refuse treatment for myocardial infarction," she added.

Stress is a leading risk factor for heart disease and hypertension, which can impact a patient's quality of life. To deal with... Read more

A South African study supports evidence showing that stress, depression and other psychosocial factors can increase the risk... Read more

Cancer patients having a stroke are one-third less likely than stroke patients without cancer to get a gold-standard drug to... Read more

We have been reading for decades that we live in a global village and... Read more

With cancer being the second leading cause of death globally, it is... Read more

The coronavirus pandemic has shone a light on the dedication of our global... Read more