Benefits of statins in the elderly 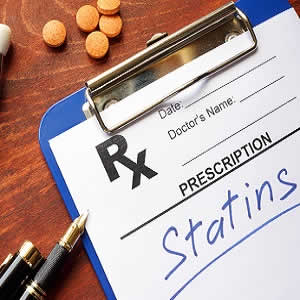 Share
Download PDF
According to data from 27 randomised trials in the Cholesterol Treatment Trialists' (CTT) Collaboration database, each 1.0 mmol/L reduction in LDL cholesterol with statin therapy reduces the risk of major vascular events by about a fifth. This risk reduction was observed with similar proportions in men and women.
However, rates of use of statin therapy have been shown to decline with increasing age, even in patients with cardiovascular disease. Hence, the use of statins is substantially lower in people older than 75 years, mainly due to differences in prescribing as well as compliance.
In the meta-analysis, data from 27 large statin trials were used to compare the effects of statin therapy at different ages to explore the effects of this therapy in the elderly. In 23 of these trials, a statin-based regimen was compared with placebo or usual care while in the other five trials, an intensive statin regimen was assessed against a standard statin regimen. Median follow-up was 4-9 years. Six age groups were included in the analysis: 55 years or younger, 56-60 years, 61-65 years, 66-70 years and 71-75 years. Older participants were more likely to be women and to have heart failure or hypertension.
Findings from the analysis showed that a more intensive statin regimen compared to a less intensive statin regimen produced a 21% proportional reduction in the risk of a first major vascular event per 1.0 mmol/L reduction in LDL cholesterol. Significant risk reductions were observed in each of the age groups including patients older than 75 years at the start of the treatment. Statin therapy yielded a 24% proportional reduction in major coronary events per 1.0 mmol/L reduction in LDL cholesterol. However, there was a significant trend towards smaller proportional reductions in major coronary events with increasing age, especially in patients older than 75 years. There was a 25% proportional reduction in the risk of coronary revascularisation procedures with an intensive statin regimen, but no effect was observed on the small number of procedures done among patients older than 75 years. A 12% proportional reduction was observed in vascular mortality with a trend towards smaller proportional reductions with older age.
Overall, these findings show that statin therapy produces significant reductions in major vascular events, but there is less definitive evidence of their benefit in the primary prevention setting in patients older than 75 years. However, there is still sufficient evidence to support the use of statin therapy in elderly patients who are at high risk of occlusive vascular events.
Source: The Lancet
Image Credit; iStock

According to new research published in the Journal of the American Heart Association, many patients who could benefit from... Read more

Nonadherence to cardiovascular prescription medications is observed in nearly 50% of patients. Despite efforts to improve the... Read more

statins, elderly, vascular events Results of a new meta-analysis from the Cholesterol Treatment Trialists' Collaboration show that statins reduce vascular events in all age groups, including individuals older than 75 years.